Get the latest industry statistics covering how other organizations handle Office 365 governance and migration with our recent survey.

With many organizations establishing Office 365 as their cloud platform of choice, you might think that most if not all have solid management structure in place. Unfortunately, that’s not typically the case.

In his latest article on Petri.com, AvePoint Solutions Engineer Hunter Willis weighed in on why the process of digital transformation has been a struggle for organizations across industries–and then suggested a possible solution.

The result of this was some great discourse over Twitter between highly respected players in the Office 365 space. We’ve compiled some of the most interesting responses and thoughts here for your convenience.

Things began innocently enough with Hunter tweeting out his article and asking for responses:

Though it garnered some decent traction, things really picked up when AvePoint CMO and Microsoft MVP Dux Raymond Sy quote tweeted Hunter and challenged his assertion that Exchange administrators should be in charge of an organization’s Office 365 deployment:

Hunter had justified his push for Exchange admins in the article, positing that they are generally “already experienced with responsibilities spread across IT teams” and are typically “deeply involved in access to services, licenses, and application integration in Microsoft environments.”

However, Dux wasn’t the only one who advocated for SharePoint admins to manage Office 365. Both Daniel Anderson and Office Apps and Services MVP Trevor Seward showed their support of the idea:

SharePoint serves as the file storage and management engine for many of the applications in Office 365. As a result, much of the content-level security of the entire Office 365 platform relies on SharePoint permissions, something SharePoint admins would naturally be quite familiar with.

Despite there being good cases for both Exchange and SharePoint admins each solely taking charge of Office 365, the vast majority of influencers in the thread argued that managing an Office 365 deployment should be a collaborative task.

There are a lot of moving parts when it comes to Office 365, so the thought of it being controlled by a single person/small group of people was strongly contested:

Specifically, the combination of SharePoint and Exchange admins was highlighted as a potential dream team.

Office 365 admin Rob Bowman even shared how his company has tackled this joint effort:

In an ideal world, a team of Exchange and SharePoint admins would be an excellent match for the role. However, they would have to work especially well together when it comes to strategy and planning in order to get anything accomplished.

Of course, another possible route would be to simply establish an Office 365 admin role or team that takes on governance tasks full-time. This was suggested by several people:

The thing is, for many organizations a single “Office 365 admin” that owns all the applications would be hard-pressed to understand each application to the point that they could effectively strategies and lead a team. In addition, it’s likely that this Office 365 admin will have a background in managing one of the applications within the platform. This begs the question: Which traditional admin role would be best to fill the new Office 365 Admin role?

In the end, key influencers simply suggested that the CIO has ultimate Office 365 management responsibilities:

Of course, in most cases an organization’s CIO should have the final say regarding any major Office 365 changes or decisions. But, depending on the size of the company, it’s unlikely that he/she will have the time to actually manage it on a daily basis. In addition, many CIOs are disconnected from the day-to-day processes, and teams are typically given little to no operational guidance. This can be great for teams that already work well together, but can conversely create chaos in teams that are still trying to figure out how to work with the solutions.

To further the conversation, Dux gathered a few of the participants into a Microsoft Teams call later that day for a more in-depth discussion.

A few days later Dux got the gang back together to discuss. Participants included:

As it turns out, there are plenty of options when it comes to ownership of Office 365! Who do you think should own it? Let us know in the comments below!

Want to keep tabs on other Office 365-related social media events? Subscribe to our blog! 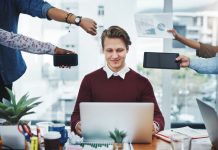 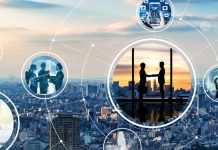 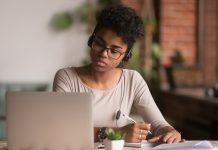 How to Make the Online Exam Experience Better for Higher Education 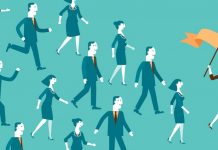 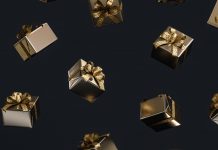 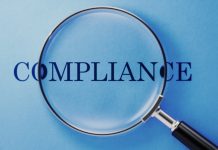