In November 2020, we made two big announcements at AvePoint. First, our plans to go public via SPAC acquisition and second, the launch of an employee development program called ATOM (short for AvePoint’s Talent Optimization and Management)!

The objective of ATOM is to further develop and equip our employees to lead initiatives that stretch beyond their current roles and support AvePoint’s present and future successes as a company. The program also drives thought leadership through added mentorship and experiences.

Anyone at AvePoint could apply and be considered for the program and we had over 40 interested applicants from departments and regions across the world. Ultimately, 19 were selected, and we’re proud of the fact that they make up such a diverse group of people!

We wanted to make the qualification process meaningful, so we leaned on our core values, Agility, Passion and Teamwork to help us qualify the inaugural group of ATOMers. Applicants were asked to consider the following to see if they were right for the program: 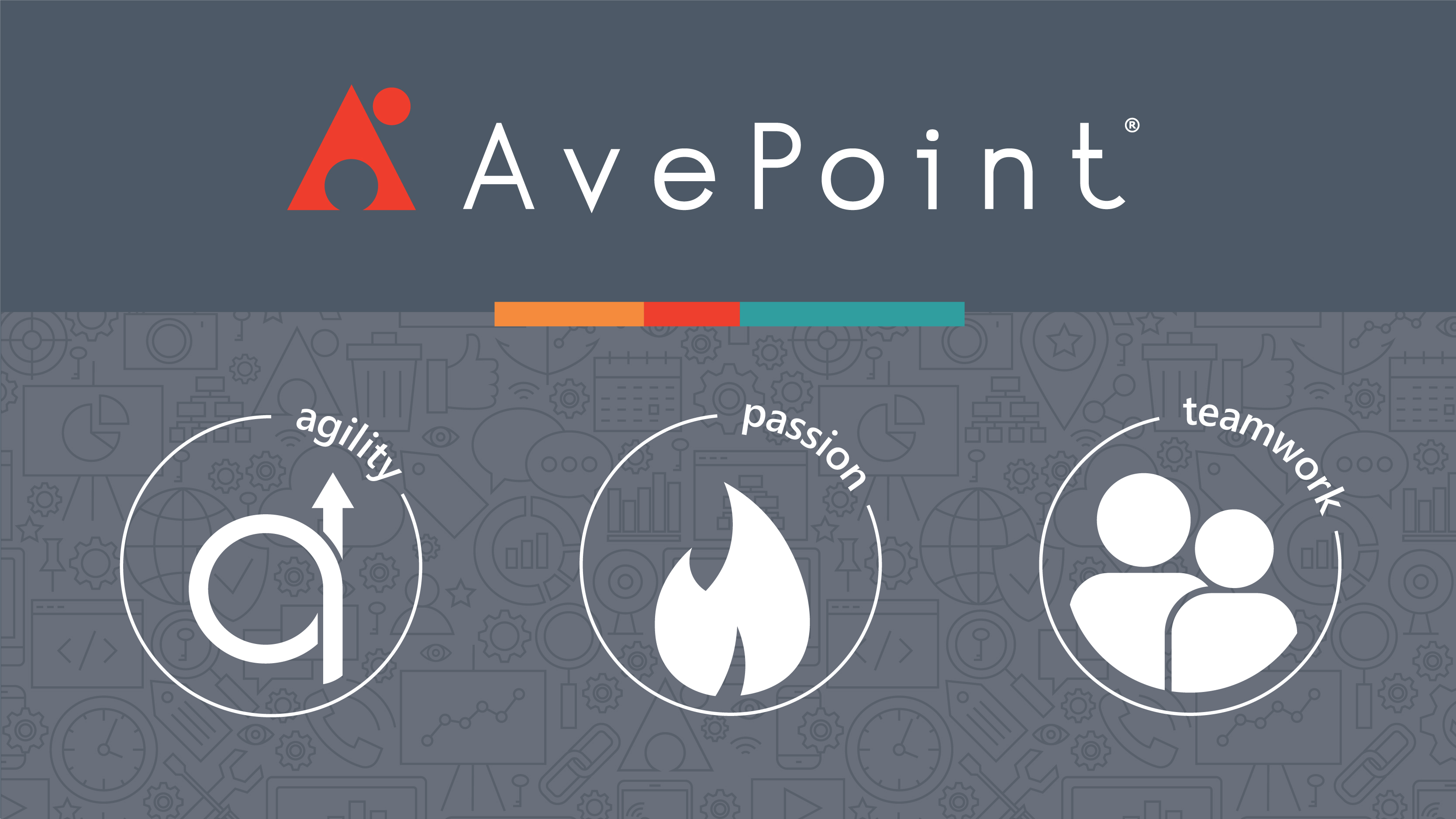 Applicants were then asked to pitch an initiative that would help take AvePoint to the next level to ATOM’s Committee Leaders, which is comprised of 6 senior leadership members from around the world.

The Future of the Program

ATOM Committee members are broken out into 5 groups based on the themes of the initiatives they proposed. These themes support AvePoint’s Culture, Customer Experience, Business Development and Enablement efforts. From there and with the support of executive sponsors, group members have worked together to combine their ideas into one main initiative (per group) that will be presented to the entire executive team. The executive team will help prioritize and drive initiatives into action.

What’s most notable about the program is how the idea organically came to be. As a growing company, we realized how many employees have the potential to become future leaders. By providing this unique program, we’re further investing in the future of our staff and overall company success.

ATOMers have shared that they’re getting the chance to interact with employees in other departments and regions they wouldn’t have naturally worked with before, and it’s been enriching to learn from one another. This is just one way ATOM intends to build thought leadership that will equip this group of individuals to lead global initiatives!

AvePoint Australia is Named a Great Place to Work