With all the hype around SharePoint 2016 general availability, it’s easy to get caught up looking at the shiny new features Microsoft added. But what concerns should administrators have around managing this new platform? Before migrating to SharePoint 2016, make sure you’re prepared to navigate management challenges specific to this version. We’ve put together the top three for you in this post.

For a lot of our customers, keeping SharePoint current with regular bug fixes and security patches was a major headache. Some reported that running monthly updates could take 40 hours to complete, meaning their farms were offline for an entire work week each month – that adds up to 12 weeks out of the entire year! Thankfully, in SharePoint 2016, Microsoft has made a significant change that will alleviate this pain for admins.

By introducing zero-downtime patching in SharePoint 2016, Microsoft has addressed IT admins’ struggle with bringing down the entire farm just to run updates. Now, only one server goes offline at a time because admins can run backward-compatible update packages. This allows servers to co-exist in a farm even if some have been updated and others haven’t. As outlined in a previous post on SharePoint 2016 architecture changes, the process basically goes like this:

While this is a great feature and a huge time saver for admins, you should know that it does come at a cost (this post is all about SharePoint 2016 management changes, after all). In addition to backward compatibility, MinRole configuration is a large part of what makes zero-downtime patching a reality – but it could introduce its own set of headaches depending on the farm size you’re used to running.

In a SharePoint 2016 MinRole configuration, each server is optimized for a specific set of services. Microsoft has predefined six server roles in SharePoint 2016:

Doesn’t seem too bad yet, right? Well, to run a production farm using MinRole architecture, the smallest farm you can use to run SharePoint contains four servers. This may be bigger than what your company is used to, if you’re a smaller organization. While four servers will support production, that setup doesn’t ensure any redundancy in case a server goes down. So, to run a fully redundant MinRole deployment, you’re looking at an eight-server deployment. Again, depending on the size of your organization and the extent of your IT resources, this is probably a larger farm than you’re used to managing.

Data Loss Prevention Out of the Box

As seen during the Future of SharePoint event, Microsoft has really put a focus on compliance. By bringing some data loss prevention (DLP) features down from SharePoint Online to SharePoint 2016, they’re empowering admins to select and enforce security policies to protect sensitive data in your site collections.

In the Compliance Policy Center, admins are able to select DLP policy templates to enforce in SharePoint:

Microsoft also added a new feature to SharePoint 2016 called policy tips, which tell users they’re doing something wrong before they even do it (huzzah!).

While these compliance feature additions show Microsoft’s commitment to DLP and security, there are several significant gaps in the native SharePoint 2016 functionality, including:

Yes, you can report on incidents and generate email alerts out of the box, but in a lot of cases, this limited functionality is not enough to truly secure your data. In order to go beyond simple alerts and take proactive steps to protect your environment, you’ll need to implement a SharePoint compliance solution. AvePoint Compliance Guardian can help you protect SharePoint – along with other systems like Office 365, Yammer, and file shares – through robust data discovery, data classification, and incident management.

Document Sharing: Easier, but is it Secure?

When it comes to making document sharing easier for users in SharePoint 2016, Microsoft took another page out of SharePoint Online’s book. They’ve modified the library interface so the sync and share buttons are easily accessible.

Faster sharing = more productivity = awesome… right? Not quite. While these improvements can help users collaborate faster than before, the share settings inherited from SharePoint Online present some data governance concerns. By default, when you share a file with Michael, he has “Edit” rights – AND the ability to share the file with anyone else! Keep external sharing features from spiraling out of control and make sure only the right people have access to content in SharePoint 2016 by using a SharePoint permissions management tool.

Now that you know the top SharePoint 2016 management challenges, learn other considerations in deciding whether it’s right for your business. Get your free SharePoint 2016 Readiness Guide today! 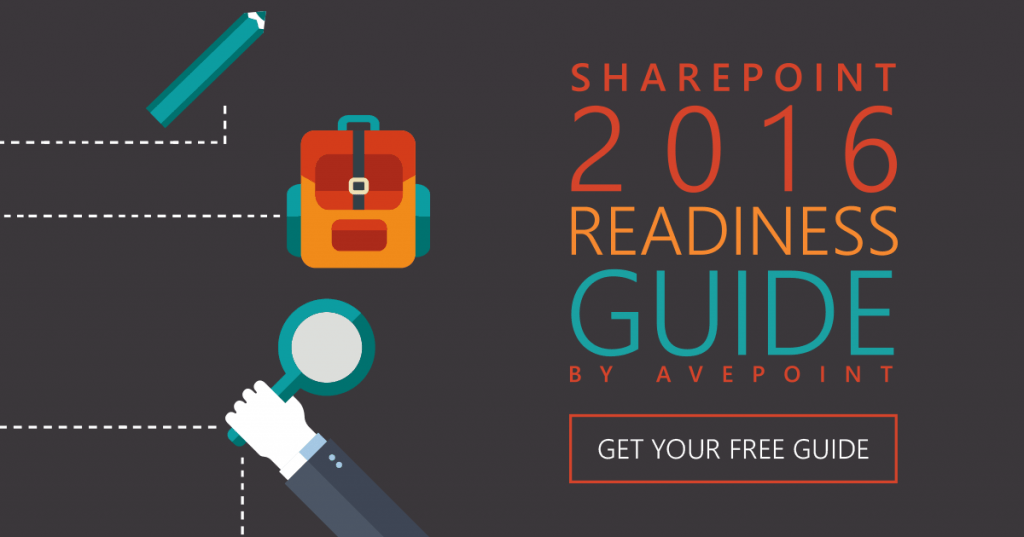