According to Christian: Takeaways from a New Hybrid SharePoint Research Study

As many in the SharePoint universe already know, “hybrid” is one of the biggest buzzwords trending right now. With a multitude of organizations either deploying or planning to deploy hybrid in the near future, those operating on a combination of on-premises and cloud platforms is only expected to increase. 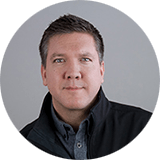 Enter Christian Buckley, Microsoft MVP and CEO and Founder of CollabTalk. Recently, Christian’s company, along with the folks at the Marriott School of Management at Brigham Young University, published the results of a hybrid SharePoint research study designed to answer questions about the state of the hybrid SharePoint ecosystem.

We sat down with Christian to get his reaction to the data and hear his ideas about what the future holds for hybrid SharePoint ahead of an upcoming AvePoint webinar along with Microsoft’s Bill Baer and AvePoint’s Rick Taylor. Sign up today to reserve your spot for our FREE webinar at 2 pm ET Wednesday, May 24!

In Christian’s opinion, the study’s data indicates a more mainstream and widespread approval of hybrid. Until fairly recently, hybrid was, more or less, looked down upon for a variety of reasons, and organizations were hesitant to migrate.

“Looking at the answers and the response rate and how large the segment of the SharePoint population is that is either on hybrid today or planning to make hybrid their primary strategy going forward, that didn’t surprise me at all,” Christian said. “This is the first time that there’s been data around hybrid SharePoint, and it validated what we knew anecdotally and through our own experiences. The results are not surprising, but it is really validating to go through this experience and have this data.”

One of the questions posed in the study was “How many users (organizations) have hybrid SharePoint in place today?” Well, it turns out that figure is 32 percent, with 46 percent of organizations using SharePoint only on-premises, and the remaining 22 percent completely online (primarily as part of Office 365). Revenues for each of those markets reflected a similar distribution: we calculate that hybrid revenues were about $3.2 billion, on-premises SharePoint brought in $4.6 billion, and SharePoint Online users generated $2.2 billion.

“To say that the revenue of the hybrid market here in 2017 is $3.2 billion, that’s pretty incredible, and I don’t think there was a number out there like that before,” Christian noted. “This was a major discussion back and forth talking with statisticians about how we put together the number, and we’re fairly confident in that number.”

Christian believes these numbers will look much different in the not-too-distant future as hybrid continues to gain momentum.

According to Christian, there are a few reasons companies hesitate when it comes to making the jump to hybrid. Migration to a hybrid SharePoint environment can be a major undertaking for a company, but within that broad concern, respondents pinpointed two specific areas of concern:

Another factor contributing to some of the skepticism around hybrid is that with software, as in life, the line between perception and reality is a blurry one. Hybrid SharePoint is susceptible to this phenomenon like everything else –  a sizable portion of potential users perceives hybrid and SharePoint Online to be less safe than on-premises platforms. Christian says this simply isn’t true.

“We can argue about what is secure or not,” Christian said, citing a research study in which 95 percent of threats to network security were determined to be internal. “What difference does it make if the server is sitting underneath the desk of someone in IT or out in Microsoft’s data centers? According to this other research data, it’s a pretty big difference, with the vast majority of security issues coming from internal employees.”

So, the perception of less-than-stellar security has created some trepidation among organizations when it comes to moving their data to a hybrid environment, with plans to then go fully in the cloud later. However, security isn’t the lone culprit in companies being slow to go all online. Another factor is the time required to migrate legacy systems that have been configured and customized “just so.”

Many view migrating as a rebuilding process. Companies make substantial investments, both in a financial sense and a time sense given the scale of a migration project. These projects are even more substantial for large, enterprise-class organizations.

“It’s going to take a long time for some organizations to get to the cloud” Christian explained. “If you are using SharePoint on premises today with very specific use cases, and you have built specific workloads or business processes — you have advanced workflows, you’ve built tools off of that, you have integrations that are non-standard integrations. It’s not like you could just go and swap it out one for one with Office 365 and this third-party tool. That’s an issue. Those are going to be organizations that could take longer to migrate because they have to figure out how to get the same functionality in their new environment, whether through new native capabilities, by somehow porting existing solutions, or re-architecting their solutions from the ground up.”

This hybrid SharePoint study also sought to determine what features of hybrid SharePoint users are most pleased with as well as ones that seem to have missed the mark. The Single Sign On feature was found to be the most popular feature, with 68 percent of hybrid users claiming to use it. Just behind that was OneDrive for Business, which 66 percent of users were currently utilizing. Team sites were the third most popular with 63 percent of users.

Profile redirection, auditing and Duet were the three least popular features, with users using those 20, 17 and 3 percent of the time, respectively. This data offers useful insights for where users can expect hybrid to head in the future, especially because the same three features garnered the three highest percentages in the study for “Current and Future Hybrid Plans”, which gauged what features are expected in hybrid environments both current and planned.

Where to Now? The Future of Hybrid Adoption

Christian believes that widespread hybrid adoption will reach its peak within 7 to 10 years, with the increase in usage of SharePoint Online in many ways mirroring the viral growth of the 2001 initial release of SharePoint. In other words, as more and more organizations begin to use Office 365, they will start to experiment with SharePoint Online and expand its use, much like the rise of the “free” Windows SharePoint Server (WSS) solution in SharePoint’s early days.

“What we’ve learned in the last year is that adoption is going to take much longer and there are multiple reasons why, but that we recognize now that we see the data to show this,” Christian said.

Comparative data from the research shows that in 2017, 32 percent of SharePoint users are using hybrid, 22 percent are completely online, and 46 percent of users are fully on prem. The predicted distribution in 2020, according to the study, will be 46 percent hybrid, 38 percent completely online, and only 16 percent on premises, highlighting the likely surge of organizations away from on premises and into more cloud-based and hybrid applications.

“The numbers that we have today in our analysis show that by 2020, the number of companies remaining entirely on premises will drop, but that even as the size of the Office 365 (and SharePoint Online) market size grows, the percentage of organizations leveraging hybrid remains fairly constant,” Christian said. “While there will certainly be many innovations which could accelerate this change, one thing that is certain is that companies have more options than ever before for how fast (or how slow) they move to the cloud. Having options is always a good thing.”

What to Take Away

Hybrid is coming. That much is clear. What’s less clear, however, is the manner and the speed with which the majority of SharePoint users will be utilizing it. Hybrid will continue to dominate conversations within the world of SharePoint as more and more organizations deploy it.

Christian said that hybrid will be beneficial to organizations that want to “go out and take advantage of all of the latest innovations in the cloud while retaining your existing infrastructure and still getting value on the investments you’ve already made.”

The fact that hybrid SharePoint allows organizations to do what Christian is referencing is a major driver of migration. The ability to still access legacy infrastructures and operate them together helps to alleviate many companies’ worries about going full cloud.

Interested in taking a deeper dive into the hybrid SharePoint pool? Sign up for our FREE webinar where our experts can answer any and all questions you may have!

#MSIgnite Session: How to Become a Rock Star Public Speaker in...

The Advantages of Migrating Nintex Workflows with AvePoint