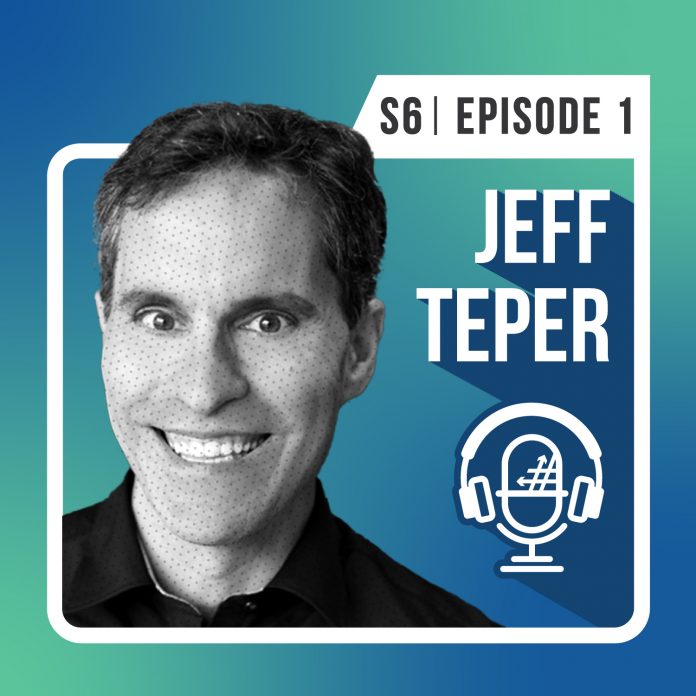 For the past decade, SharePoint has been the solution for tens of millions of people to collaborate and work more efficiently. In the past 20 years, the incredible progression of SharePoint has contributed in more ways than one to our modern workplace practices. These benefits, as millions of SharePoint users can tell you, are something worth celebrating.

Today in the Shift Happens podcast, we’re throwing a birthday party to celebrate. With Jeff Teper, Corporate Vice President of Microsoft, who’s also known as the father of SharePoint, we’ll discuss the key milestones of this journey, talk about what makes SharePoint special, and how it has served many new users during the pandemic.

There’s no RSVP or gifts required, just bring yourself to join me in wishing SharePoint a big happy birthday.

SharePoint and AvePoint: looking back

AvePoint has been involved [with SharePoint] for quite a long time. I’m not sure how TJ and AvePoint found us in the first year, but AvePoint did, and so it’s been great. You all have been a huge part of this SharePoint community—sponsoring SharePoint Saturdays, and the Red Party, conferences, Ignite, and so forth, so it feels great. I’d love to chat about it. I love to look back, but I also like to spend as much time looking forward.

It’s very sad that [the celebration] happened in a period where we really can’t see each other. Cause I know that we would’ve had done team events and SharePoint Saturdays or Microsoft 365 Saturdays. But what we instead did was a Teams meeting where we talked about the history and sang happy birthday in together mode—which was sort of a train wreck.

I got to do a few other fun things, too. First, I went back and listened to the keynotes for all the SharePoint conferences, just to give myself a grade on how we really did delivering that stuff and where we could learn on how we presented things. Another fun thing was that I had recorded myself playing six instruments, playing the Beatles birthday. So that was fun.

And then a number of our MVPs hosted an event in virtual reality in AltspaceVR. So, I—my avatar—gave a fun keynote on the five areas of SharePoint. Hundreds of people showed up in virtual reality. It was the most people I’ve ever been with in a VR space ever, so it was fun.

The original pitch for SharePoint that I gave to Bill Gates has three circles in it, just like what the SharePoint logo has in 2021. We were bringing together collaboration, content, and portals in a single product. Nobody else has really done that since. And that holistic vision of content management was unique, but durable. This idea that you want a flexible content management platform that empowers your employees and connects to other apps is super durable.

2. We weren’t afraid to adapt.

Hopefully everybody’s read the innovator’s dilemma. You don’t stick around in tech in 20 years unless you’re willing to change and deal with some very disruptive changes in tech and business model and in the customers’ expectations. Some of these changes were really hard, but we were willing to lead our customers and not just listen to feedback—you got to get the balance right—and do this reinvention.

As Teams has come along, it’s clear that people aren’t going to dwell in a browser or stare at their websites. Files and websites are more useful than ever, but where people are going to dwell is in communication tools. Having access to that content from SharePoint in Teams is really important. And so, we’ve made the good old SharePoint web experience better and better. The best it’s ever been by a lot.

3. We embrace our community.

We have always embraced the feedback, the evangelism, the passion, the hopes, the dreams, and the frustration of our community. And it’s just wonderful. I don’t think there’s many products that have that community we’ve built. The community has evolved and expanded, and SharePoint is still an essential building block for content management.

COVID, the shift to the cloud, and Microsoft’s growth

All those things from, say, 2016 to 2018—OneDrive just working office.collab on all your devices, gorgeous SharePoint sites, the rise of Teams as a hub—they were all building this foundation of modern work in the cloud and the adoption and change management work.

Not only from us, but our partners, like AvePoint, really matured. AvePoint deals with a great depth of security and compliance capabilities for organizations with the most sensitive data and with the highest sensitivity needs—financial institutions, governments, et cetera.

All those things fed on each other. COVID hit and it became a catalyst to the next level of growth. And it also told us that you needed to go back to basics. Focusing on tools and content and collaboration wasn’t enough. You had to care about people.

Caring about people in the time of COVID: the birth of Viva

And so, Jared Spataro and our marketing team said, “We really need a new brand for that. We need to build on SharePoint and on Teams. We need an identity that speaks to that problem.” And they came up with Viva, which has become like a three-layer cake thing.

With any change like this, it can be overwhelming at first because people haven’t necessarily digested the pace of change in tech, and then here we go again. But on the other hand, I think when people get the time to look at our strategy with SharePoint, Teams, and Viva, they would say, “Wow, nobody else in tech is doing that.”

The new hybrid work environment and the role of Microsoft

There’s a lot of uncertainty and anxiety from customers because everybody knew how they worked before. But now, we’re going to go to more of a hybrid model in part because of safety coming in at different times around the world, but also in part, because people have realized there’s a set of things that are just more efficient about working remotely.

We’re going to see companies experiment all over the map. Some of our tech brethren are at both ends of the spectrum, and Microsoft’s a little bit in between where we said, “You know, there’s going to be a bunch of roles that are very distributed and have been always. It’s on us to give guidance, not just tools, for how they attempt to work.

So first, we’re basically figuring out how companies or certain teams are going to work. Meetings for instance. It’s important to have better meetings and to have connections to those workflows that exist outside the meeting.

But some of it is also devices. I think we’re seeing already a surge in adoption of Teams meeting room devices in conference rooms, because people are realizing those conference rooms aren’t going to be all in person again or ever. They’re going to be hybrid meetings that you need to be inclusive of everybody.

We’ve sort of all gotten to realize chatting and meetings isn’t necessarily a distraction, it’s a way to send each other feedback and social cues that we like or don’t like the plans. I think we’ll continue to advance the tools in Viva and Teams and SharePoint and more for work, for engagement, for content processes. But I think a lot of the dialogue in the next 3, 6, 12 months is going to be the new normal. And the new normal is going to probably be pretty different for each person in each company.

It’s going to be a big lab on the planet of how people work and educate, and it’s going to be fun to be a part of it. And I think the thing I’d say is, we have to give guidance, but we also have to be humble that the next few years are going to be a learning period for us as well.

What to look forward to

“When you’re building products for a billion people, you have to go where groups of hundreds of millions of people are. Flexibility, adaptability, and willingness to learn is pretty key.”

A Quick Guide to External Sharing in SharePoint Online

How a Microsoft MVP is Managing Diabetes Using the Power Platform

Ask Dux: What is FedRAMP Certification and Why Does It Matter?