In 2014 Office 365 Groups introduced a powerful new way of collectively managing groups of people within Office 365 as well as giving them a shared pool of resources. Historically organizations would have to deliver multiple separate components to deliver a single outcome of centralizing groups of users and their content, and as a result of Office 365 Groups organisations have had to re-think how they structure their data and SharePoint environments. What was great about Office 365 Groups is that owners could easily invite external users in to access those same resources.

In 2016, Microsoft Teams came into preview and introduced a single collaborative experience through its application – a way to easily access files, context-based conversations, shared assets & resources through tabs, and voice/video. Until earlier this week, the issue was that Teams did not have any form of guest access – and as such was the most requested feature.

Why is this feature so popular, and how big is the impact of guest access in Microsoft Teams? Let’s take a step back and think about how we used Office 365 to communicate and collaborate with people external to our organization before this:

The problem with these solutions is that they were individual siloed applications for users to switch between, and for several of them your organization needed to be on board with the same technology to do anything well (i.e. Skype for Business and Yammer).

For any of the SharePoint-related components (eg. SharePoint itself, OneDrive and Office 365 Groups by extension) external users needed to bookmark URLs in order to find their way back to them.

In order for people both inside and outside to foster any collaboration they had to use these different solutions at the same time – all with their own interfaces.

Yammer addressed part of this challenge by integrating with Office 365 Groups so that Yammer groups would have access to a SharePoint site, document library, OneNote and Planner – the same as the more traditional Outlook Group worked. The problem became quickly evident when this integration only worked internally. External groups in Yammer were left as merely a place for threaded conversations, having only the basic file and note functionality that has been there for years – so this solution was virtually dead in the water. To make it work, users could be members of an external Yammer group as well as an Office 365 Group but were back to the problem mentioned earlier – switching between interfaces and tools to make it work.

So how exactly does Microsoft Teams address this fragmentation? The same way it does internally – by providing external users with a single application to:

Now, users can switch between teams in Teams and get access to all the resources they need – and it’s all driven through the application, not the background service.

For solutions like Skype for Business to be truly beneficial, partner organizations needed to be running it and support federation to allow presence to flow between them. Now you don’t need to have Skype for Business running on either end to host or participate in voice or video calls.

For solutions like Yammer to be truly beneficial, organizations needed to allow for external groups – which many choose not to as they don’t want their users hosting those external conversations.

Now, you may already call out that Slack has been doing similar for a while so what’s the big deal with Microsoft Teams now boasting this feature? The reality is that Slack is a single platform, whereas Office 365 is a platform of platforms – and now Microsoft Teams straddles all of them.

It is important to remember that Microsoft Teams sits on top of Office 365 Groups – so a strong governance framework and solution is still required as you don’t want users creating Teams & Groups left, right and center (read my earlier blog post for more on this).

One of the things IT admins can do is restrict the creation of Office 365 Groups which by extension will restrict who can create Microsoft Teams. And if your organization is not ready to roll out Teams en masse this may be a suitable solution, but what’s great is that it doesn’t stop users from being members of external Teams teams (yep, that’s how we have to speak now).

Using Microsoft Teams means that when people interact in a channel – they are focusing on the context of that channel and not continually switching between context in different emails, calls, messages, and social threads.

Guest access in Microsoft Teams is a game changer, and will free people from needing multiple applications to collaborate and communicate with the same teams of people.

This may very well be the final blow to email, file shares and desk phones. 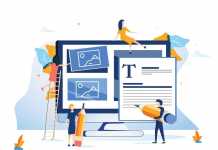 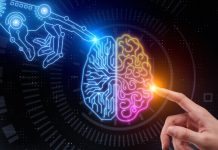 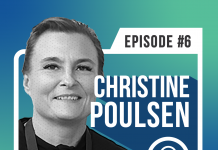 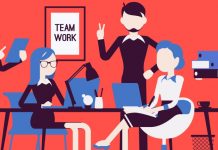 3 Ways to Engage Your Organization with SharePoint, Stream and Microsoft Teams 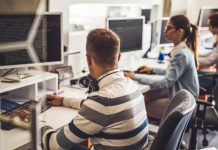 3 Keys to Effectively Managing Microsoft Teams in Your Government Agency 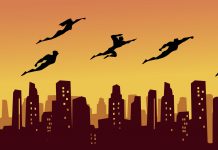 Quick Guide: How to Plan an Upgrade From Skype to Microsoft Teams