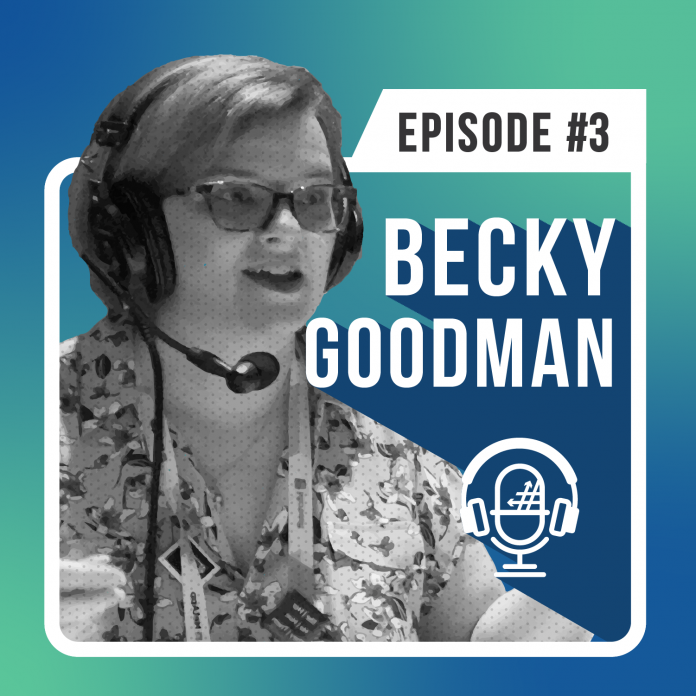 Today, learn how to manage change, find new training paradigms, and put forth a “usability first” mindset to promote adoption of Office 365.

For Becky Goodman, Office 365 Team Lead and SharePoint Administrator at a major grocer, getting to Office 365 was only half the battle. Once there, she needed to face the challenge of spearheading sustainable adoption in her organization.

Hear how she cut her teeth on SharePoint 2010 and how she led the charge to promote Office 365 adoption to more than 200,000 users.

Growing up, the first app I ever supported was proprietary. So, for me, learning new stuff is just normal, because proprietary apps are all built in-house. You got to learn the rules, learn how to use them, you got to find holes. And not just that, I’ve also worked across different industries, and there I saw that these organizations have the same problems. It doesn’t matter which industry you’re from, you still have to learn the new items and learn how one company does it versus another.

With SharePoint, I looked at the 2007, and we ran for the hills because it was pretty bad. So honestly, when I really dove in was with SharePoint 2010. But then, the next company I worked for was standard, which was really tough for me because I had to take a big step back and figure out how to do this stuff. But here’s the crazy part. I was also working on Office 365 then, so I had to gain some experience before moving into the next level of adoption.

Honestly, our community’s fearful of the cloud still. We never even really considered hybrid because again, there was fear. But what’s odd is, we started with the external vendor sharing. We kind of went a different path. They had looked at Box and some other solutions, but back in the day, a lot of people did anonymous connection. It was literally using Office 365 as a portal for the external side.

I had already worked in Office 365 before, so for me it was familiar. I knew there was so much more to do, especially that we were on SharePoint 2010 on-prem, so we had to move off at some point or upgrade. Back then, we were seeing discussions around server structures and the continued support with SharePoint. And then products started to pop into Office 365 which weren’t available for on-prem.

There were always complaints about mobility, about not being able to get stuff off the network. And honestly, I’ve always been one of those who want my user to have the best experience. So, my focus has always been usability. I know there are plenty of people in IT who are hardcore focused on security and locking things down, but there’s not a lot of focus on the usability side.

Preparing for the adoption

Before we did the adoption, we knew there are some things that users are going to use, like email. But are they going to use all the bells and whistles? Maybe not. Still, we decided to do the adoption all at once.  Basically, we did Windows 10 alongside the project, and then we did Office rollout, Skype push and SharePoint migrations. So, we were doing a massive change, and we wanted to do it all together and not just do sliver migrations.

To do this, we started at the top. We met with our senior leadership. Then we met with each organizational VP, and all the managers and their site owners. We wanted to help answer questions as we went along. At the end of that, we did rallies focused on the new pieces, the cool things that came with Office 365.

At the same time, we had champions. We had a BAC—a business area coordinator who would filter and spread all this information to our community.

To launch, we did a bunch of things. We had a vendor that constantly has new content that was utilized from a tech standpoint through the rollout. We also had our own help center that we created, we had our own wikis. We utilized recordings in Stream and used Teams to create innovator groups (shout out to Christie who does an amazing job at that.)

We put all our pilot users in a Teams channel, and there we share all these different changes that are coming. If they find a problem, they immediately communicate it. We’ve created something that they hadn’t had before. We gave them these tools to help them learn as we’re migrating.

Getting through the experience

At the beginning it was rough; it’s always going to be rough. The first ones we deployed to our first groups were the toughest, because of course we had to learn. We found bottlenecks that we never knew existed with our organization, because some things have been set up for so long that nobody realized they exist. And so, you’re fixing things and learning every time, and you have to change every organizational rollout.

When it comes to use cases, we are still pushing and reviewing and looking at content on the retail side. The hardest thing for us on the retail side is customer service. Meaning, if your head’s in a phone or in a computer, you’re not with your customer. So, that is a hard piece to deal with because you want them to move faster, you want them to collaborate. You want every story you have to be consistent with how they’re doing things.

One thing we learned from this experience, though, was that it was helpful to create an SME team, who will be the people completely dedicated to the project as you go along.

One helpful piece for us in Office 365 is that you have a lot of different statistics. You can utilize these stats to monitor how many files are people visiting, if they’re using Teams and their interactions throughout the week. We were able to pull a lot of stats that we didn’t really have before.

With these stats, we know the usability or where the issues are because we can monitor them. So that has been amazing so far, and that helps us communicate with management. Because again, you’re not getting some shiny sparkly stats that you don’t understand.

By the end of this year, all the Office upgrades will be completed. And we are training as we go along, so our users can continue to support the applications. What we have seen is, when you have this new exciting thing and you go through struggles, everybody’s going to be focused on learning. So, you have to keep that momentum. And that’s what keeps the project going. In our old 2010, we have migrated 600 sites, but we now have 1400 team sites because we’ve allowed them to continue to grow and morph and create new ideas and do things. So that’s been important too.

I’m actually also excited for what’s to come for us. Right now, we are still focusing on the new content and all these other pieces we need to think about—governance, that continuation of learning and adopting and there’s still many things that people freak out about, “Oh, going to the cloud, things are going to be automated. I’m going to have no work.”

But there is a difference between risk and fear, right? And it’s a hard one to differentiate because lots of times when people make decisions, their personal fear gets in the way of really looking at the logical risk. So, for me, I am completely looking forward to being able to hone in on all the things we have not touched.

I would say, let yourself learn and try things. I think we often get stuck in the rat race and we go, “I don’t have time for that. My team doesn’t have time for that.” But if you don’t allow yourself to evolve, you’re going to be gone; the company is going to be gone. It still might go for a long time, but it will die out. So, you have to allow yourself and your team to continue to evolve and learn and try.

“Really understanding how your users are using technology is so key. You can’t sit in a room as an IT professional and make rules. You have to be on the floor. You have to understand how they function as much as you understand your applications.”