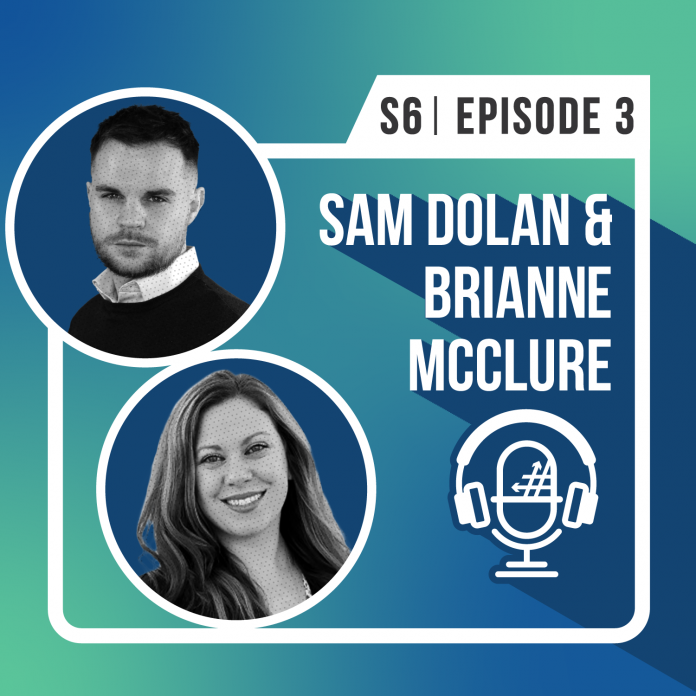 These days, it’s critical for organizations to maintain a digital hub for workplace communication, especially as remote and hybrid offices continue. Capabilities of the modern intranet have certainly evolved, and there’s plenty you can do to launch a strong hub or to bring your existing site up to par.

Join me in a conversation with Sam Dolan, Creative Director at Atollo, and Brianne McClure, Brand Content Manager at Keysite Technologies. They’ll talk about their joint work on Keysite’s intranet, which was named one of the 10 best in the world by Nielsen Norman Group earlier this year.

I’m ready to hear all about it. Let’s get the scoop.

Brianne: Keysight Technologies develop test and measurement equipment for innovators who are working on next generation technologies. We were at the ground level with 5G. We’re doing a lot of work in autonomous driving, with aerospace and defense, as well as satellite new space. So it’s a really, really exciting time at Keysight.

We go back quite a ways. The equipment that we make and sell today was originally developed by HP. And then we split from Agilent about six years ago. It’s a transformative time at Keysight. In just the last six years, we’ve acquired 10 companies, because there’s so many startups who are looking at new technologies, like 5G and 6G. We’re getting into quantum now and we’re working with MIT.

We are just growing like crazy. We have 30 locations. We go all around the world and we have about just under 15,000 employees right now. As you can imagine, bringing in 10 companies in less than six years after you just split from another company creates a very dynamic workforce and a digital workplace.

What is an intranet?

Brianne: We’ve all interacted with SharePoint at different stages. At Keysight, because we go back to HP days, we have employees who have been here for 40 years and have a very different understanding of what SharePoint is and what an intranet is. So, we had to really think about this from a multi-generational perspective, right?

And as I was reflecting on the question, What is an intranet?, it can mean repository, file sharing, getting information faster, community, content, as well as communication. But I think another really interesting analogy would be that it’s an acceleration point for us.

It accelerates connection when new people come in. It accelerates the development of products if done right. I was thinking about my husband—he loves to race cars and he’s always talking about these apex curves: If you know what you’re doing and you’ve got it all lined up and you know where that curve is, you’re just going to go right into it and come out of it.

And I think that’s sort of the goal for our employees. We don’t want them to have to hit the brakes when they come up there. For us, that’s really how I see it. It’s an acceleration point and we use comms, we use smart user experience, and file management wherever we can to do that.

The evolution of the intranet

Brianne: The idea of centralization was just huge for us. In addition to the different channels and ways people are consuming that information or getting to the intranet, there are tons of platforms available right now that weren’t available 10 years ago. And as somebody coming into this, who’s looking at, What are my options?, it’s really overwhelming.

Before we went into this project, our teams were looking at all these platforms on their own. They’re looking at SharePoint or they’re using SharePoint, using Confluence, Slack, Lists, all of these things. And our employees had no idea where to go to find where that single source of truth was, so centralizing information was really huge for us.

Sam: People want to get information. They don’t care where it comes from. They just want it, they want to do their job, and they want to go. And I think the intranet is obviously a vehicle that drives that, but it’s also that central place where people go to when they need information.

And I think the concept hasn’t changed. It’s just the way we adopt that concept that has. Now, you have people that may not be going to an intranet straightaway. They may be going to their email. You’ve got people coming in via Teams now. The common denominator around all these different functions and apps and different pieces of software, within Office 365, as an example, is having that link back to the intranet. There still is that central place, but again, we’re changing in terms of how we can serve information.

Brianne: I started at Keysight in January 2019, and I was handed this project, and I took a marketing project management approach to it.

After the transition from Agilent, they had basically just migrated all their existing content to a new homegrown intranet, changed the logo, and that was it. And it wasn’t working. All of these teams had started building out their own stuff—we had around 30 or 40 different portals which were all a mess and had outdated content. So, when I came in, I said, “Okay, here’s the situation. We don’t have authority, but I know it’s hard when people know what they want, but they don’t know how to get there.”

What they wanted required centralization.  And so, I looked at what was in front of me, and then I started looking at which teams are going to be most impacted by this change, because with any change or transformation project, you want to have allies with this change. And that’s really where I focused my attention early on.

That’s kind of the initial phase of the transformation: just knowing who our stakeholders were, knowing those huge obstacles that we were going to face, and obviously thinking of resources.

Sam: Executive buy-in is equally important as well. To have a successful project like this, not only do you need a Brianne McClure on your team, which you may not be able to have, but executive volume as well.

Without it, it would be very, very difficult to get other people on board and to take the project seriously. And I think by having that, Brianne was able to do what she needed to do.

Brianne: For us, it was really about unification, centralization, and communication. That was the goal.  And so, we tried to figure out how we can get people to move their content over and also own that content.

We launched our intranet on January 2020. And then few months after that, the pandemic hit. All of a sudden, everybody was quarantined around the world, and so we had to put out news and sitewide alerts in real time. Our teams could put new content on the intranet whenever they wanted—the global travel team could provide global travel updates, HR built out a whole resource on their own, and we had a Q&A section for our executives. All of those things ended up being incredibly important.

Because of that, the adoption across the company has been incredible. All of our executives wanted their teams to migrate their content right away. And some of our surveys have said that communication throughout this really challenging year was better than expected and it was really appreciated by the employees.

Intranet for the new work environment: will it stay?

Brianne: Throughout this process, our company started looking at not only bringing employees back—because we have certain functions that need to work inside a building as we do a lot of manufacturing—but also looking at where it makes sense to go virtual.

We have annual executive meetings and we have other internal events that all went digital last year. These may stay virtual, so I think there’s still going to be a huge need for the intranet to connect employees across the world so they feel like one community. Now, we even have three times as many people check in to our live updates.

Several people have really taken ownership of this, and they love it. It’s become part of their roles. And the executives love it too that their teams are empowered to make changes when they want to make changes. For our company, that fast-paced environment is incredible. So I think, our intranet’s value is going to continue.

As long as the company sticks to that way of thinking, particularly around the intranet, it will continuously be used and adopted.

Brianne: The most important thing for us was scalability. Think about what your resources are and who’s gonna manage this longterm. Don’t just build it out with a bunch of really cool functionality that your team isn’t going to be able to manage and keep up to date and keep fresh. How scalable is it from a company-wide perspective?

Sam: The first thing for me is executive buy-in. Start from the top and then drive that change. Number two is having a clear technology path of what they’re going to use. As an example: Microsoft 365 platform. If that’s the path that you want to take, then really look at where you can get value from that platform. I would much rather use 25% of the platform, but having the adoption rate of 80%+, than use 75%-100% of that platform and the adoption levels be so low.

Will it make the digital employee experience better? If the answer is yes, then Hey, let’s do it, let’s see if we can make change. If no, then, What can we learn from it? There’s no mistakes. There’s only lessons learned. And that was key for me.

“The key is to make it work for your organization. Look at what’s right and what you need from a digital workplace. Your intranet is going to be your gateway and your central starting point for your journey, whatever you’re doing and whoever you are.”

“We can’t force people to move their content. They’re going to resist because they’ve already put money and time into building out their individual portals. You have to get them excited about this project. Make them believe you are doing it to help them. That was the big thing.”

A Deep Dive Into the Evolution of Microsoft Lists w/ Anj...

5 Ways AvePoint is Supporting the Future of Online Assessment

The Power of Microsoft Viva Learning for Achieving Your Business Goals