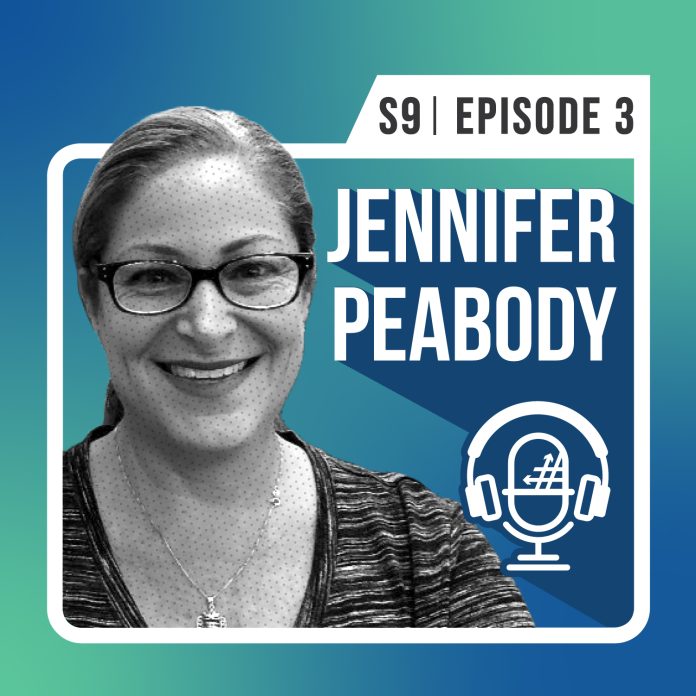 Adopting new technology in our personal lives is easy. For most of us, it only takes a day or two of playing with a new app or gadget to become a pro. But adopting technology at the organizational level isn’t so simple. It takes time to introduce, enable, and empower employees to seamlessly integrate new tech into their day-to-day, especially if they’re used to working a certain way.

Today, we’re talking to Jennifer Peabody, Lead Technical Adoption Engineer at HAVI, a leading supply management organization. Jennifer shared her roadmap to a successful Microsoft Teams launch prior to the COVID-19 pandemic and how that forward thinking strategy has benefited her organization since.

Let’s get into it.

Way back in 2019, we as a company adopted a cloud-first strategy. In support of that, we decided to invest in the Microsoft 365 suite of tools. We were already using many Microsoft tools such as Outlook and Office, SharePoint, Skype, et cetera, so adopting Teams really just made sense.

What we were really looking for was a single space for collaboration—one place that we had to go. We were looking to move more casual conversations away from email. As you know, inboxes get overloaded with threads that can be really long and cumbersome to work through. We were also looking for a way to securely work with both internal colleagues and external partners.

And so, that single space for collaboration and being able to have conversations—chats, calls, meetings, sharing files and all that good stuff—in one spot was really key for us, and Microsoft Teams pulls all that into one space. And then it just increases your productivity and streamlines the way you work. That was the overarching initiative for us with Teams.

But we were also looking for transparency of topics and discussions to be available to a much broader audience. With Teams, it helped keep everybody in the know. Anybody can jump in and see the history of a conversation very easily. This would work very well with new folks in onboarding.

And then, of course, Teams just provided a lot of flexibility. The main thing was that it would support working from anywhere, anytime, and on any device. That was kind of the direction we were looking to move in anyways, so that really supported us, especially being a global company with a global workforce in different time zones.

Rolling It Out: Communication is Key

We rolled out in phases. We chose not to do the big bang, which would’ve been a real gargantuan task since we have so many employees. We started with our local US office in Downers Grove in Chicago. At the time, this was a new role for me. I was the first person to take on this task of introducing and rolling out this new collaboration tool.

Even though I love technology and this is a dream job for me, I’m not a very technical person. So communication, first and foremost, was key in setting up what was going to happen, what people can expect, why are we doing this, and what is going to be the benefit for them.

My communication style is just very casual. I don’t like to speak in technical terms because my motto is, if I don’t understand it, then chances are, there’s a lot of others that aren’t going to understand it either.

Everybody wants to know—“How is this going to help me? Why would I even want to use this new tool? I already use something else for that. I’m already using SharePoint, OneDrive, Outlook. Why are you giving us yet another in our toolbox to use?”

So, I began about six weeks prior to our launch with a bit of a teaser campaign. I teased with new technology coming out and communicated that it was going to help with productivity and collaboration. I tried to focus on specific scenarios that will resonate with my audience, and that really helped to draw up some buzz and got people excited.

The Value of Training Resources

Another key piece to this was making sure we had a variety of channels for learning and training resources. Everyone learns differently at their own pace and in how they consume resources when they’re trying to learn something new, so we wanted to really make sure we provided a lot of different channels for learning.

We were able to schedule topics, both in person and virtual. We utilized our third-party learning platforms like LinkedIn learning, and we recommended different videos to get people started. We utilized Microsoft Library because they have some great resources. We made sure that we had quick start guides for people which they could print out if they wanted to have something really quick to reference.

In addition to that, we created a self-service training portal in Microsoft Teams where we held open office hours so that if people had questions, they could reach out to us directly. It also gave people some experience with Teams, and because we were driving them to Teams, it was a ‘kill two birds with one stone’ strategy.

Also, we made a big deal out of it. We had events planned around this to make it fun. One of the best things that we did was what we called a Digital Workplace Fair. What better way to get people used to new technology than getting them in front of it without any fear of breaking anything, right? Without any fear of, “Oh, what if I do this wrong?”

The fair was extremely interactive. We set it up like a state fair type thing, like a carnival where we had different workstations. They could get in front of Teams and not only use the collaboration piece of Teams, but also the video calling features. And again, this was all in the early days of Teams, and we used this as a great opportunity to get them in front of the other technology we’re using like OneDrive and SharePoint.

We incorporated some food and fun games, and it was a huge success. We’ve done that a few times before we were relegated to work from home, but we definitely have plans to use that in the future as well because that was a very successful event, and it was just really fun.

I don’t know about other folks’ companies, but in our company, we’re very competitive with each other. So that was another thing that we utilized: contests.

One thing in particular that some of our wonderful engineers created using Power Apps and SharePoint was a digital workplace roadmap. It was basically a game. We had four levels of tasks and there were five tasks in each level. It was a Power App, so you could even do this on your phone.

I think we did that over a four-week period. And we had leader boards: here’s the top 10 leader board from week to week. So again, it’s getting people engaged through bite-size and simple learning resources.

Use Case: Building Projects Together

When the pandemic hit and everybody was relegated to working from home for a while, the need arose to create something that would allow us to have our folks be able to safely check in and reserve space if they wanted to come to the office.

Because Teams was able to support the collaboration needed to work together, our engineers from all over the world built together a really nice and effective power app that will allow people to check in and reserve space. We instituted it in our local offices in the US, and it just worked so well that they ended up rolling it out to the other various offices across the globe.

Again, it’s just proof that Team provides that single space for collaboration. We don’t have to keep scheduling meetings to talk about stuff. We can utilize Teams chat or channels to communicate with each other and share files and coauthor—all that good stuff that Teams helps to support. And that was a really great end result out of that.

Governance was actually one of the things in the beginning that we didn’t put into place. We felt that if we made it too restrictive from the beginning, we wouldn’t get good traction and adoption with it. So, we left it open on purpose.

We wanted to encourage people to actually go into Teams and start using the tool. We didn’t do things like creating naming conventions. We didn’t restrict who could create a team site. We didn’t create templates, those kinds of things. We just left it like the wild, wild west. We knew that at some point, there was going to be sprawl that would have to be cleaned up, but we were well prepared for that by preparing a governance tool on deck to put into place after about that first year.

That really helped us to take a look at people’s behavior towards Teams. It helped me to be able to focus in on who is using it incorrectly and allowed me to hone in on what additional topics I needed to provide some guidance and training on.

So, from that perspective, that really helped. Would I recommend that others do that? I probably wouldn’t, honestly. That’s probably the one thing that I would have put a little more control around in the beginning. But again, it really provided a bird’s eye view of how people were using it.

Microsoft Teams is a really great place to start as it integrates into other tools from the Microsoft 365 suite, providing that one-stop-shop for your folks to work all day long in one spot and not jumping around from application to application, which becomes an issue of productivity.

I’m most excited about the Viva platform that is coming out because that’s also going to help us not only as employees, but also as leaders to see how our teams are working and provide recommendations on how to help support their productivity, wellbeing, and their work-life balance.

“Some of today’s buzzwords—connectedness, collaboration, work-life balance, well-being—Teams helps to support all this in many different ways. It’s why we love this tool and can’t recommend it enough. It really has helped us to stay connected to each other.”