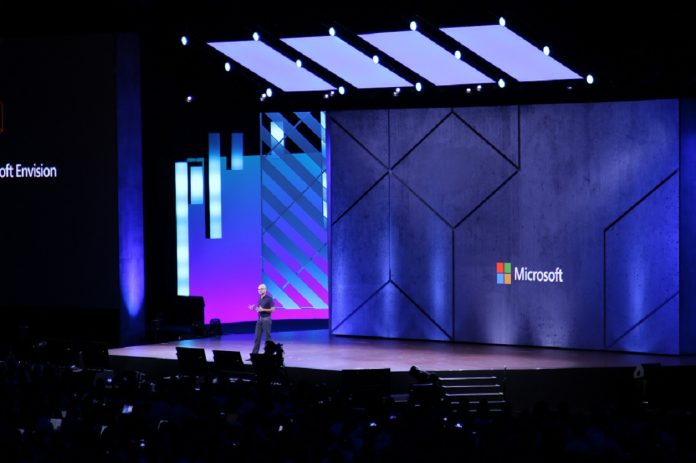 “Tech intensity” is a phrase coined by Microsoft CEO Satya Nadella and introduced during his Ignite 2018 vision keynote.

Simply put, tech intensity is defined as an organization’s rate of technology adoption along with its ability to build its own digital capability.

It’s a simple equation pointing to something seemingly so obvious that it’s easy to miss the paradigm shift behind those words. But tech intensity is not a buzzword or a marketing slogan; it’s a blueprint for how to evolve over the next decade of technological innovation. 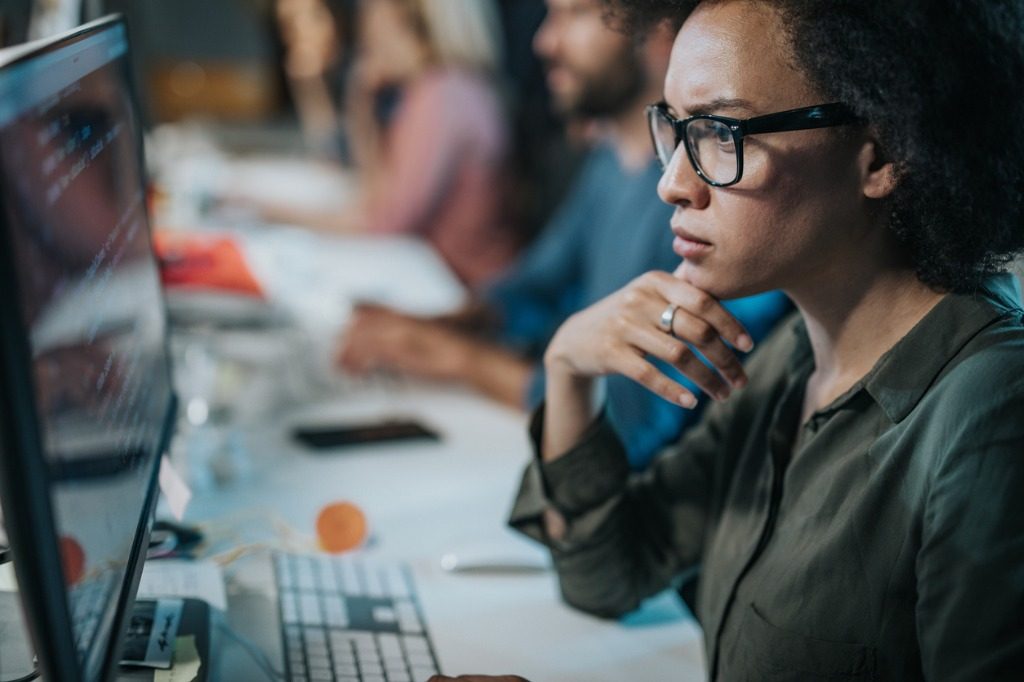 Like tech intensity, the concept of digital transformation is deceptively important. There’s a reason it is called a transformation and not just “cloud adoption.”

It encapsulates the idea that operating in the cloud is fundamentally different than how you have operated in the past. You must be fully committed to this change across your entire organization to survive.

Looking for more insight into what #TechIntensity could mean for your business? Check out this article Click To Tweet

As I’ve mentioned in the past, AvePoint successfully anticipated this trend and emerged from our own transformation. However, even we initially underestimated just how much we would have to rethink how we approached everything from our margins to industry partnerships.

As a result of this experience, I’ve been carefully considering what tech intensity means for us as an organization, as an industry, and how it impacts business strategy.

Here’s what I’ve determined so far: 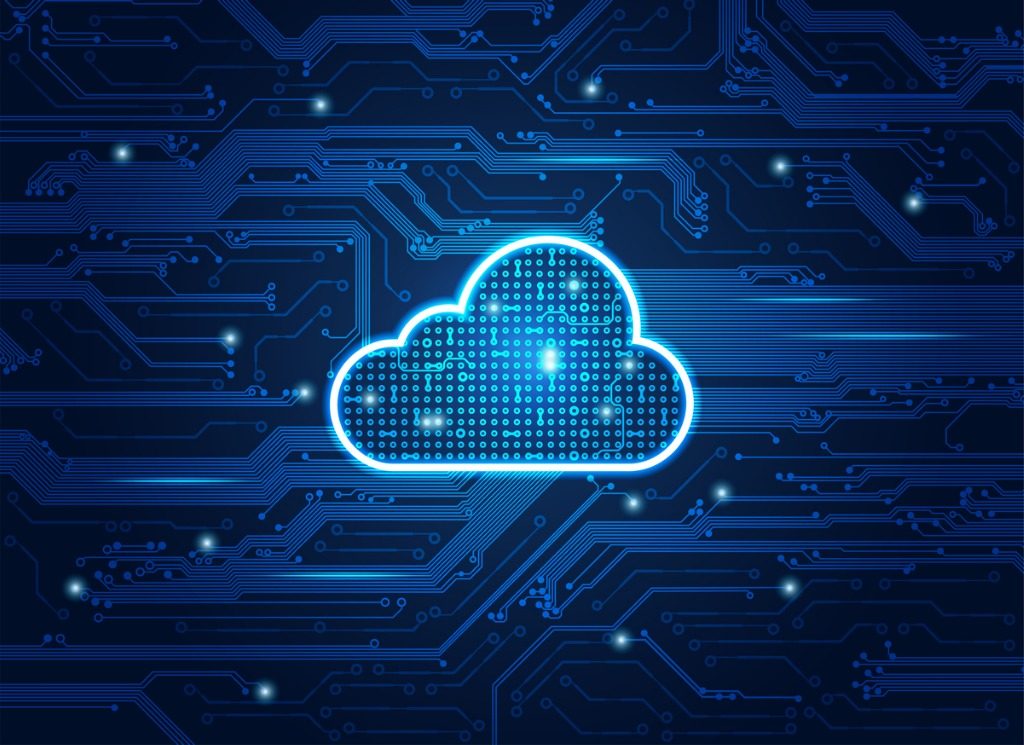 Microsoft’s timing in introducing this concept is very deliberate. By signaling that a new shift is starting, they are also signaling an era is ending.

Cloud adoption is to be assumed. It’s no longer cloud first, it’s default cloud. Software is no longer eating the world, it has already consumed it.

This era will be defined by how companies operate in the world where massive cloud service providers like Microsoft serve as the world’s computer. If your organization has any on-premises infrastructure, it will be paying an innovation cost.

Paul Thurrot recently pointed to this dynamic regarding the release of Office 2019 vs. Office 365:

“This is an important distinction: For the first time ever, a major new release of Microsoft Office provides less functionality than what current users—in this case, Office 365 subscribers—already have access to.”

Microsoft recognizes the need for some of its customers to support hybrid environments, but the innovation cost for that is only going up. Soon that cost will be too high for organizations to continue to be competitive. 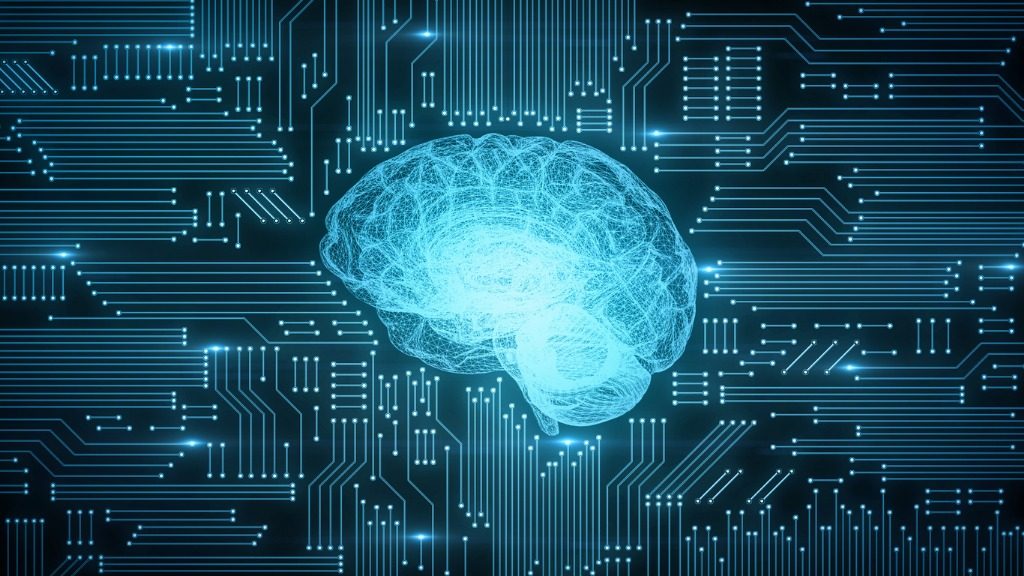 It’s no coincidence that immediately prior to introducing the concept of tech intensity, Satya described how everything was becoming intelligent and how “computing power is being used to generate that next generation of AI-driven business process.”

It’s also not a coincidence that 4 of the 7 customer examples Satya described to illustrate tech intensity were leveraging AI in their daily operations. AI will define tech intensity like cloud computing defined digital transformation.

Just like cloud computing unlocked new levels of productivity by enabling capabilities like co-authoring and mobile working, AI is already changing the way we work by streamlining workflows and anticipating what we need when. 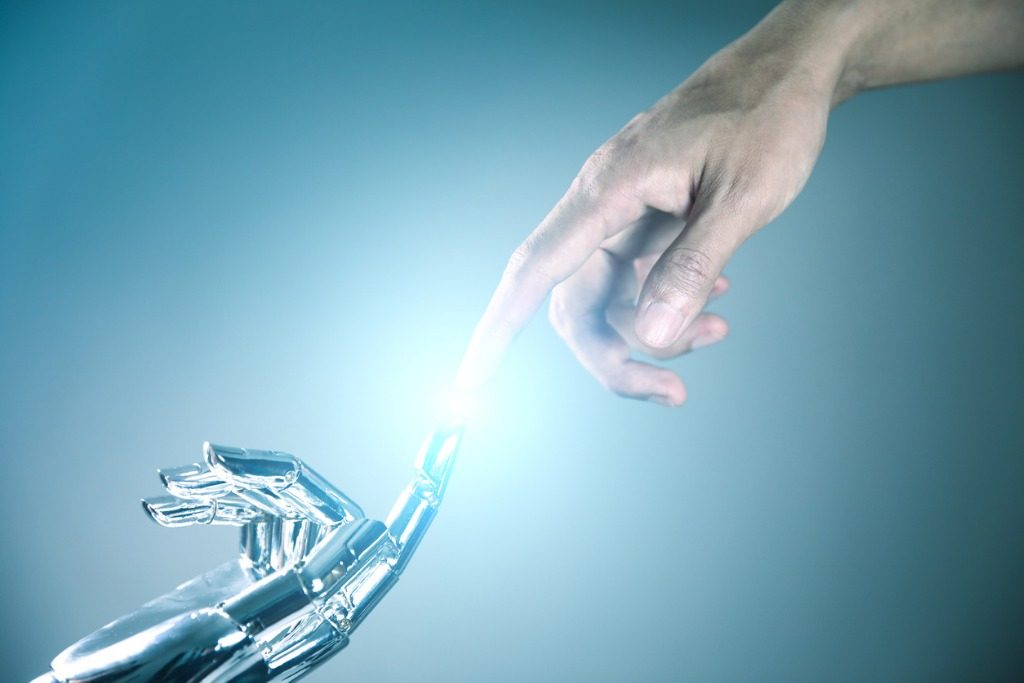 Microsoft is aware of the potential of its machine learning service (AvePoint leverages it as part of our Citizen Services solution), and with the tech intensity concept Satya is signaling that AI isn’t for tomorrow, it’s here today. Organizations like the City of Richmond that leverage AI to make their city smarter and more responsive will thrive.

Want to learn more about how AI impacts you in Office 365?

The speed of technology adoption is arguably the central component of tech intensity.

Yes, it is undeniably in Microsoft’s best interest to have its customers adopt and increase their usage of its technology as fast as possible, but there is more significance to this idea than the self-interest of Microsoft’s bottom line.

Innovation is faster in the cloud.

While this might not seem like a groundbreaking statement, the reality is that many organizations are underestimating just how much faster business technology innovation will be. Many aren’t thinking about how they can leverage this to give them a competitive advantage. 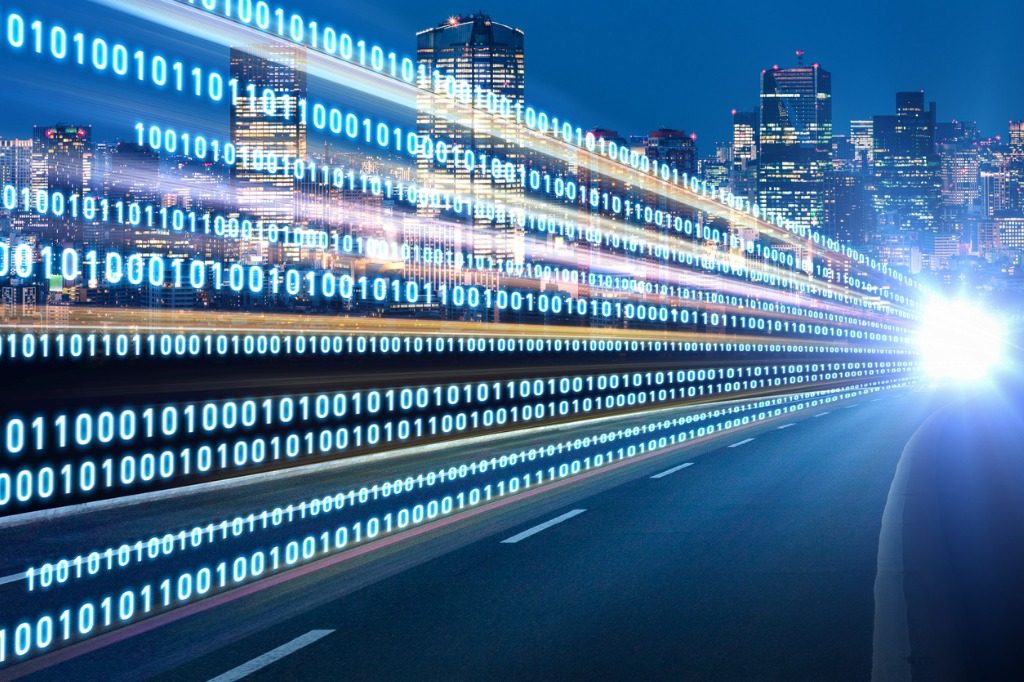 Even today you often hear the refrain that it is difficult to keep up with all of the solutions, tools and capabilities Microsoft is introducing constantly in Office 365. Buckle up because Microsoft seems to be signaling they aren’t planning to slow down for customers to absorb change–they plan to speed up.

You can already see this with some of the recently announced innovations that appear considerably ahead of where the market is today. Mixed Reality and SharePoint Spaces are good examples of this. There are good applications for mixed reality, particularly in manufacturing and retail, but adoption could lag as a result of skepticism from business leaders around the necessity of incorporating 3-D images into their daily operations.

The Open Data Initiative with SAP and Adobe is another example of Microsoft looking to remove friction and accelerate innovation wherever it can, in this case removing silos to give organizations a more complete picture of its customers across systems. 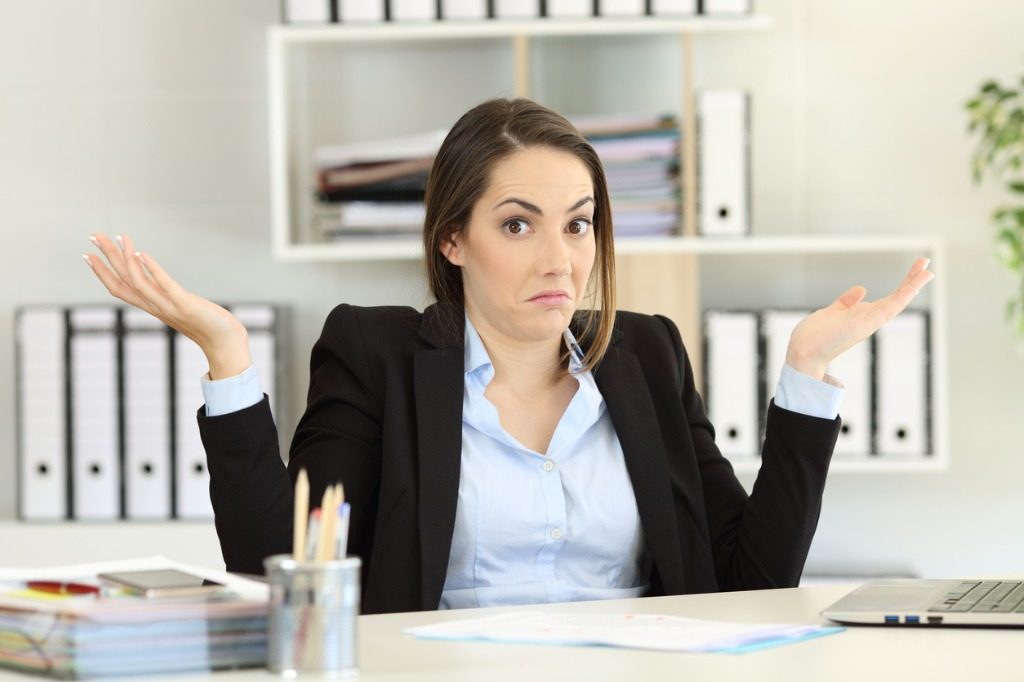 Shift 4: Reallocating IT Resources Away From Basic Tasks Toward Adoption and Value Add

So how can business leaders keep up with the speed that the concept of tech intensity demands?

Principally, it’s a culture change. Organizations need to make rapid decision-making and technology adoption part of their company culture. Organizations that have long or tedious procurement processes or have a disconnection between deployment and operations will suffer.

Organizations will also need to dedicate more IT resources to evaluating, implementing and staying abreast of technology innovations. This could be additional headcount, but it will be even more effective to automate basic tasks, avoid building commodity IT and reallocate existing IT resources.

IT skillsets have been evolving for years in the cloud era, but this trend will only be exacerbated as organizations look to increase their tech intensity.

Finally, organizations can also adopt technologies that can help curb the excesses that will result from fast adoption. For example, if you are worried about the rapid proliferation of Groups from team creation in Microsoft Teams, it would be more effective to leverage tools governing that provisioning and managing their lifecycle rather than just not adopting that innovation. 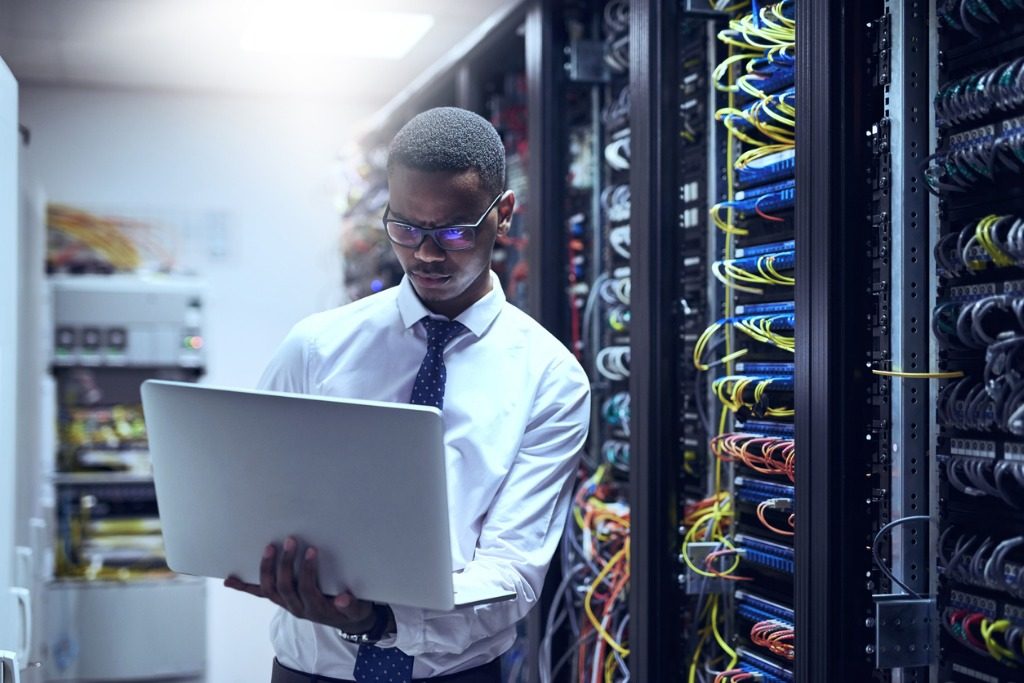 The Era of Tech Intensity

This is an exciting time to be in enterprise technology. Organizations will have to adapt and become even more agile to thrive in the next decade.

For those that do, there is a bright future ahead. As Satya said during his keynote, this is the “Next generation of multi-sense, multi-device experiences that is much more people-centric. That’s the richness, that’s the opportunity ahead of us.”

For more information on how AvePoint is adapting and living tech intensity, check out my LinkedIn post on the topic.

Want more insights from leaders in the tech field? Subscribe to our blog.

Changing Course After 9/11: 4 Business Lessons from an Unplanned Pivot