Struggling to manage your Office 365 environment? Learn all about “The Value of Automated Office 365 & Microsoft Teams Governance” in our free ebook. Download here!

There can be quite a few challenges when managing and rolling out new Office 365 deployments, and sometimes these are caused by users and admins themselves. How can you avoid or remediate these issues? Office 365 MVP Loryan Strant and Office 365 Change Manager Megan Strant used their session to take a deep dive into how to avoid these icebergs in your organization.

There are still IT teams that approach security in Office 365 by turning off external sharing in SharePoint and OneDrive. But how are people going to be sharing these files now? By attaching them in emails, putting them on USB sticks, or putting them on some type of third-party file-sharing software on their own. This is a big problem, allowing users to work around the increases in Shadow IT instead of addressing the core issue.

Instead of turning off external sharing, you can monitor your user’s sharing of documents in the audit logs of Office 365. IT teams can observe, report, and address behaviors using this log. With the information in the cloud, we need to ensure that we also have retention policies and other security features that are built into the cloud that most companies haven’t had on-premises.

Some companies don’t take out the old applications when bringing in new ones. For example, when bringing in Microsoft Teams, a research institute in Australia chose to keep their old platform, Zoom, as well. This creates a lot of confusion for their end-users; they’re often unsure what they’re supposed to do with each application. This could also lead to a low adoption rate and inconsistencies across business units.

When deciding to bring in a new tool, IT Teams need to do assessments and understand what your employees need and what they no longer need. This can help ensure that the transition from one tool to another is quick and clear, leading to no confusion and a clear path for your users.

IT Assumptions & Decisions on User Experiences

IT Teams often think they know what’s best for all of their users. These assumptions can lead to the selection of tools that aren’t quite the right fit. In turn, this can result in performance impairments and restrictive functions for end-users, ultimately creating a sense of frustration and dissatisfaction.

To make more well-informed decisions, IT teams need to work with a sampling of users and figure out what works best for them. It should be much easier to develop a roadmap that works for your users with that information in hand.

Megan mentioned that she often gets the question “Which tool should we use when?” Unfortunately, each organization is different and there’s no one-size-fits-all approach to Office 365 tools. That said, only working off of generic training material and user case studies leads to inconsistent ways of working and may result in users choosing the wrong tool for the purpose.

IT Teams should create more targeted training content on ways they would use the apps in question. Having a sizable number of user scenarios for each tool can be very effective in training users on how to use a tool and increasing adoption.

Leaving All Applications Enabled for All Users

Giving everyone free rein over all applications can be a bad thing. Many organizations want to release all apps at once because they’re paying for them and believe that their users will self-learn. This can create confusion, inconsistent approaches, and overwhelmed/frustrated users.

When IT teams are rolling out these tools, they should consider staged approaches with learning content. This will help users burnout less quickly and help guide them to the correct tools they should be using. 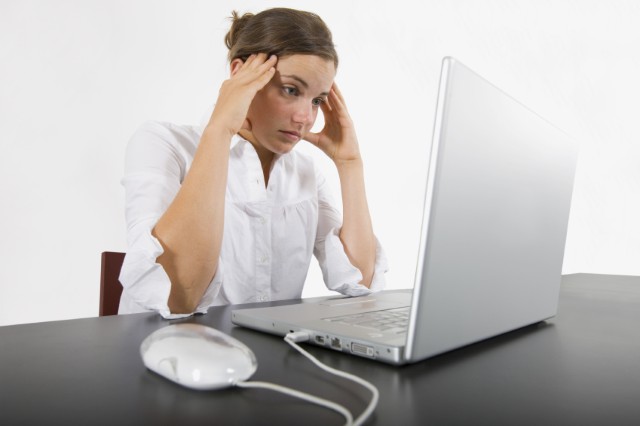 The challenge that a lot of IT teams have is the lack of governance around Microsoft Teams and Office 365 Groups; it can really become the Wild West out there. Unless you turn self-service off, it can be quite unmanageable with the number of Teams and Groups that are created.

Governance isn’t just about Teams or Groups, but about the entire Office 365 platform. After all, you have to apply governance policies to the entire platform in order to help manage the creation of Groups and Teams. Once you’ve done this then you can create Teams configurations, expiration dates, and naming policies.

It’s not uncommon for organizations to not clean up after themselves when it comes to data. Due to this, there’s often an abundance of documents that are no longer needed but still sitting around. This creates user confusion on data locations, issues with naming documents properly, and general security risks overall.

Organizations need to hold their users and groups accountable for regular data clean up and review in Microsoft Teams. This will help decrease security risks and ensure that users are educated on the importance of cleaning up their files.

When introducing apps to your users, it’s initially extremely important to train them. But with apps moving to the cloud and new features being added regularly, doing one training when introducing the tool can leave features underutilized, and force users to self-learn as updates occur. Not to mention, you can’t really expect your users to remember everything from one initial training session.

To help users remember the training material and to keep them up-to-date on updated tools, it’s best to conduct ongoing and sharp training sessions. This type of training style helps reinforce harder concepts and keeps users educated about new tools and enhancements implemented in Office 365.

The best way to avoid any iceberg in Office 365 is to create a plan, not just act. When creating a plan think about your users and how they would interact with the product. When planning, plan for uncertainty. Office 365 changes frequently, and being agile in your plan is the best way to avoid any hiccups. As IT leaders it’s easy to make assumptions about Office 365 apps, but always remember that there’s more to learn!

Want to keep up with our Microsoft Ignite 2019 coverage? Subscribe to our blog!

What’s Next for the Hybrid Office? [Infographic]