HomeAvePoint BlogFun Things to do During Microsoft Ignite 2016 in Atlanta

Fun Things to do During Microsoft Ignite 2016 in Atlanta

Microsoft Ignite is fast approaching, and this year the conference takes place at Georgia’s World Congress Center in Downtown Atlanta. In addition to the many festivities Ignite will offer, Atlanta is an exciting city with many great cultural, historical, and culinary delights. Sourced from some of the members of our team who know the city best, here are a few tips on things to do and see while you’re in “The ATL.”

There are so many “touristy” things to do in Atlanta, and this list includes a few must-sees.

Atlanta is home to the Georgia Aquarium, one of the world’s largest aquariums. There are thousands of undersea animals on display in 10 million gallons of marine and salt water. It’s one of the city’s coolest attractions, and you can even swim with a whale shark. I already checked into it, and it’s safe.

Atlanta is also the birthplace of the Coca-Cola Company, and if you’re a fan of the sugary pop, you have to go see the World of Coca-Cola. The 20-acre complex has many entertainment areas and attractions, and you can even see the “Vault of the Secret Formula,” which exhibits where the top-secret Coca-Cola formula is stashed away. I can feel the sugar rush already. 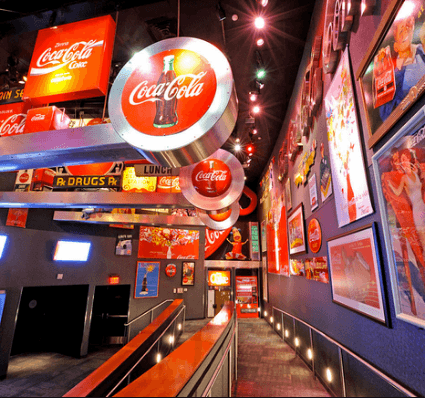 For any sports fans out there, you can check out an Atlanta Braves baseball game at Turner Field, just a few miles away from the conference. In 2017, the team is set to move to a new park, so there’s still time to check out the soon-to-be-former stadium, grab some cracker jacks, and watch Atlanta’s home team. Don’t worry, they have several home games taking place during Ignite.

Any foodie out there knows that Atlanta is the soul of southern cooking. There are so many restaurants, bars, and other experiences you can have while visiting.

The Varsity is the world’s largest drive-in, and is one of Atlanta’s most iconic hot spot dining experiences. If you want anything from double cheeseburgers, to chili dogs, to fried peach pies at very reasonable prices, all while experiencing the drive-in novelty – this is your one-stop-shop. I’ll take a chili cheese dog with onions rings, please.

One word: Waffles. Atlanta loves breakfast, and is known for its Waffle Houses. There are several Waffle Houses across Georgia, and there’s even a museum that pays homage to the beauty of a delicious waffle. In addition to breakfast, they also serve lunch and dinner. I wouldn’t mind stopping in for a huge waffle, or a grilled biscuit with sausage and gravy… 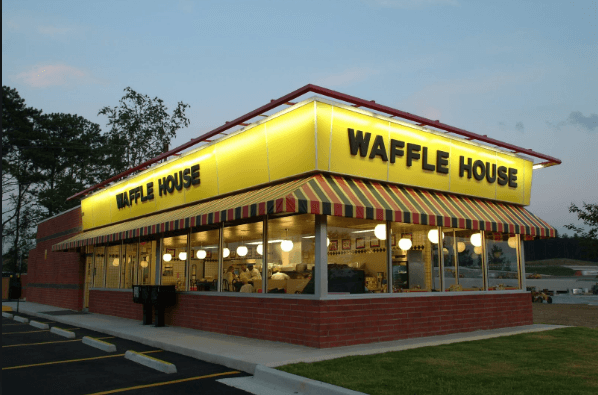 If you’re a fan of the popular chain, Chick-fil-A, you can get a dose of it in Atlanta. The city is home to Chick-fil-A headquarters, and you can order a sweet tea with some waffle fries after taking a tour of their backstage home office. You can even brag when you get home that you have been to the original. Everyone will be jealous.

If you manage to find the time for some finer dining, Atlanta offers that in spades as well. Bone’s and Kevin Rathbun Steak are a steak eater’s paradise for those who crave the red meat. Buckhead Diner puts an upscale take on diner classics like meat loaf, fried chicken, and grilled cheese. Cuisines from all over the world are also well represented by popular spots like Tomo, BoccaLupo, and Kyma.

For the History Geeks

I can’t forget about the amount of rich history that the city of Atlanta offers.

Martin Luther King, Jr. was born and raised in Atlanta, went to college, and became a pastor at the Ebenezer Baptist Church. You can visit The King Center, which is a memorial of digital archives that millions of people watch each year. MLK’s legacy is a huge part of the city of Atlanta, and our country.

The Atlanta History Center has many different exhibits including stories of the Civil War, the architectural, fashion, music, and food revolutions, famous figures throughout Atlanta’s history and more. This place is a one-stop-shop to see it all. Tickets are very reasonable, and you get a history lesson! I’d be into the flashback to Atlanta in the 70’s exhibit. 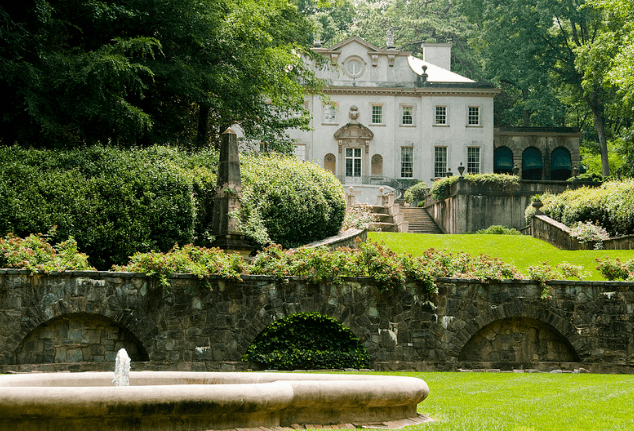 Finding Fun in the ATL

There is so much more to Atlanta than the things I mentioned in this article. It’s one of America’s coolest cities, and if you have the time, I recommend you take advantage of all the history, delicious foods, tourist spots, and fun that you can while you’re out there. Good pick with this year’s host city for Ignite!

We look forward to seeing you at Ignite next week! Be sure to see us at booth #1104 while you’re there. Enter to win our brand new Ducati Scrambler and get tips for taking full advantage of your Microsoft Cloud investments. See you in the ATL!