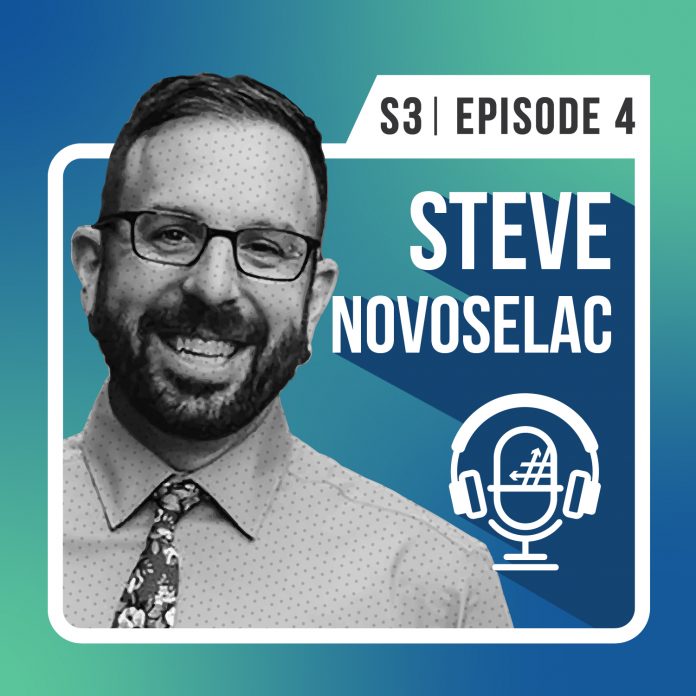 Today’s podcast will help us see the advantage of being proactive with IT initiatives.

With our guest, Steve Novoselac, Director of Digital Technology from Trek Bikes, let’s find out how PowerBI and PowerPlatform can have an impact in understanding business data and improving productivity and business processes.

Hear how you can make #ShiftHappen with Microsoft’s PowerPlatform!

Good foresight and being ready

A lot of times you don’t realize something until it happens to you. Now with COVID, we really saw that dramatic changes can really make a shift in your strategy quickly. When we look back, we were lucky that we were already all set up on Teams.

At our company, there’s a certain level of leadership that doesn’t necessarily have to play with all the tools that the rest of the people have to play with. But with this shift with COVID, they had no choice. They had to get up to speed quickly. Once they did, they said, “Wow, this is great”. And I’ve heard many times down the last six weeks, if it wasn’t for Microsoft Teams and us being ready, I don’t know where we would be right now. So our productivity has stayed the same or gotten better because of the way we were set up.

We were always looking at what can we do on the cloud. I think it was Microsoft Build or one of the conferences, probably in 2012, when Scott Guthrie was up on stage and talked about infrastructure-as-a-service. I called my DevOps guy at the time and said, “Get this going right now. Just get a POC going and see what we can do.” We knew that this is the future.

Also, Amazon really didn’t have the windows support back then that we needed. So, it was a no brainer to say, “Hey, get this up on Azure infrastructure-as-a-service”. And then we’ve just evolved over time. First it was just setting up a server here, a server there, and now we have our environments and it’s really good.

Trek’s been very forward-looking with its Power BI and business intelligence in analytics. When Power BI came out, we thought, “Okay, well, how can we expose this and make it easier?” We don’t want to have to train everybody how to go into a pivot table. We don’t necessarily want them to have to just get a PDF, SSRS report every day. How can we say, “Here’s a group of reports, you can go out there, learn some basic filtering, look at things and you can go do it yourself.” Now it’s very quick for us to build a report and publish it and very easy for them to just get it and view it online.

Data cleanliness is always an issue. It’s a never-ending battle. You have to have a good BI or data team that can do good ETL and data cleansing to push things through. So, we do a lot of exception reporting. Reports that say, “Hey, this is off, this isn’t matching. Check with the other system, just to make sure that things are valid”. We don’t want to be giving people the wrong information to make bad decisions off the wrong information, so that’s how we approach things.

A lot of the executives have Macs, which now works better than they ever have with Microsoft products, but not as good with SSRS, Excel and pivot tables. So the only way to get them the data was to send them a PDF. So we send them to the web and say, “Here you go. And if you want to subscribe, you can”. And they do it. It’s really empowering that way. We haven’t gotten to the point where we’re saying, “Okay, install the mobile app on your phone”. But you know, at some point, maybe we’ll get there with the executive level. Getting people into Power BI was really the better thing to do.

Integrating the Power Platform with Teams

We like to jump on things when it’s early. In terms of process automation and using Power Automate, we think, “How do we tie disparate systems together?” Instead of having everybody in the organization going into JIRA to put in bug requests on our development software stuff, they only have to go to Teams. So the whole organization just go, “I need to go into Teams, go to a feedback channel for this project, type in my problem, it creates a ticket automatically”. That’s what we do. Saves a ton of time.

The other thing is alerting. Different systems alert you, the developers; they need to alert the business. Instead of sending emails for everything, we have channels and teams that these alerts now flow into. We’re always looking at other ways to tie things and automate things together using the power platform.

Drawing the line between coding and using Power Platform

With the Power BI side, we have a bit more formal process there because the licensing drives who has what rights to do things. Anybody can go download Power BI desktop, connect to an Excel workbook in their OneDrive and do some analysis. But if they want to connect to a database here and a web service here and a workbook here, and then when they want to publish it, we kind of say, “Hey, let’s talk to the BI department and make sure that this thing is sustainable and robust” before we publish it out to a wider audience.

On the power app and the power automate perspective, we’re kind of letting people do what they want to do at this point. We’re not really restricting it. If somebody does get deep enough or they need to do coding that they can accomplish there, then we throw it over to our web services team. Sometimes it turns into an Azure function that we’re using, and that’s the first thing before it turns into a full-blown application that we’re coding.

The future of modern workplace at Trek Bikes

We’re always thinking of how we can move faster using all the tools that we have, as well as evolving our cloud strategy. As much as you try, not everything is always going to have its place in the cloud. But there’s different platforms that need to potentially move or come up for renewal or we need to look at.

We have Microsoft CRM, we have SharePoint, we have OneDrive with Teams, Exchange, how do they all tie together? So, looking at those tools and thinking how they can benefit everybody in the long run.

Like I said earlier, big events cause big changes. But there also is evolution over time as people. Those two things in parallel kind of drive it together. So how do things happen? You look back and you see our evolution from Yammer to Teams, and then from email to SharePoint online, and we think, “Man, there are certain things that we ended up having to shift for just weird reasons. Server issues, and now Covid. In the end though, it was for the better”.

“You learn from every experience, good or bad. Move forward and just try to make the right decisions as you go, and make sure your customers get what they need from you.”

How AvePoint is Leveraging Microsoft Turing and AI at Scale to...

How to Accelerate Remote Microsoft 365 Adoption