Learn how to set up different policies for departments sharing the same Office 365 tenant with our new webinar “Tailoring Microsoft Teams & Delegating Administration in Office 365!” on August 7th at 11:00 AM EST.

The Microsoft Azure team has just announced a new single connector that allows users to integrate their content from Logic Apps, PowerApps, and even Flow.

Users will be able to automate their business processes and make their own line of business apps without the need for the expensive and complicated process of coding. This new API connector is an Open API-based wrapper around a rest API that operates by communicating with Microsoft Flow, Logic Apps, and PowerApps.

This API connector gives users the ability to establish a connection between their various accounts. Additionally, this API connector will allow users to make use of a set of pre-built triggers and actions that can be added to their applications and respective workflows.

This will allow businesses and organizations to tailor their applications to various scenarios as they become increasingly integrated. Use of this API allows for ease of access, simplification of integration, and the customization of how a user’s business processes operate. 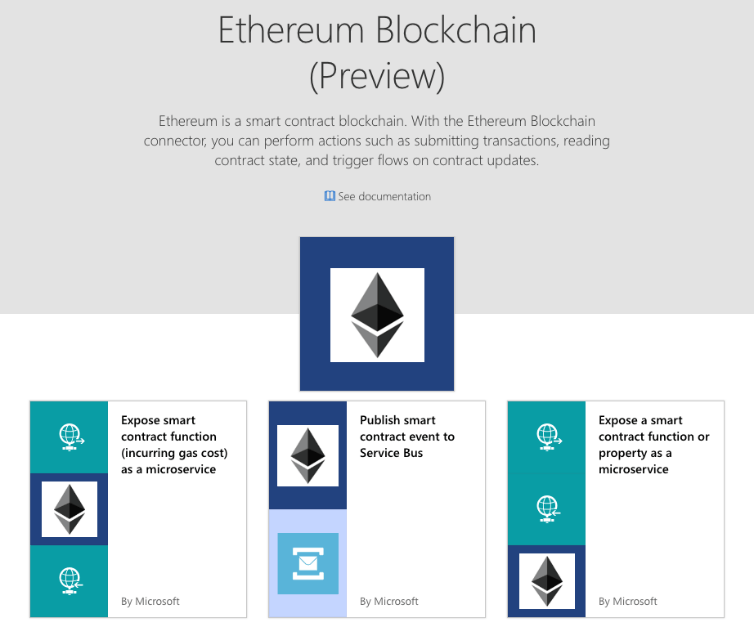 Flow gives users the ability to not only automate tasks, but also build workflows that operate in conjunction with other social and business applications. This can be applied to a number of possible scenarios that allow users’ organizations to further automate much of their information systems and communication infrastructure.

Flow will give users the option to send email, text, and push notifications to easily communicate with those in the business’ circle. With these added communication abilities comes the valuable ability to streamline approvals and send instant alerts. In addition, API with Flow also operates in such a way that allows a user’s copy files from various sources of data to be automatically connected and organized as the user sees fit.

These added abilities let users automate most of their business processes, subsequently freeing up time to work on even more projects and decreasing the stress that inevitably comes from a time crunch. The combination of Flow and this API connector allows for greater collaboration and a simple streamline of data, information, and content for user-friendly operations for an overall smoother experience.

When this API connector is integrated with Logic Apps, it can automate enterprise integration (EAI) as well as business to business (B2B) and business to consumer (B2C) scenarios. This will allow you to concurrently take advantage of source control, support, operations, and even testing. This is imperative since Logic Apps is the workflow engine that powers Microsoft Flow.

In addition to Microsoft Flow and Logic Apps, a connector with PowerApps will allow users to create cloud and cross-platform business application connections without the use of expensive coders. When using a connector with PowerApps, users can leverage tools to create simplified applications for business line scenarios. These scenarios will then have the ability to write and read data to more than one cloud source.

Some of the apps that can be created by using PowerApps with a connector include survey forms, timesheets, expense reporting, and much more. These applications can be securely shared with all relevant parties within an organization for use on either web or mobile. These abilities supply users with much more integration and simplification as applications become increasingly automated and connected.

Why Are Connectors Important?

Before discussing how a connector is created, it’s important to understand why a connector is needed. Microsoft themselves state “Building a connector offers extensibility of your app through PowerApps and automation and integration through Flow and Logic Apps. The same connector can drive more usage of your service and your existing API without additional development.” This allows users to further automate and consolidate information and communication without unneeded over-complication.

Using a connector will lead to even more user reach and discoverability. It will also increase the usage of a user’s service overall by creating task-specific templates from a selection of pre-defined templates that further integrate your app with a growing family of connectors. The Flow and PowerApps gallery of connectors and templates simplify the process that allows users to get started. Embedding the Flow experience within your app enables users to leverage pre-built templates from right within your application.

When building an API connector, the first step is to create a fully functional custom connector within Flow or PowerApps. Microsoft states that “An API Connector is nothing more than a Custom Connector that is visible to all users of PowerApps and Flow. The general process to build a connector involves multiple steps.” Those are as follows:

For the “Test” stage, Microsoft will ensure that the custom connector works by simulating various scenarios where its effectiveness is measured (including both technical and content compliance tests). If the user’s application is built on Azure, every user of Office 365 Enterprise Plans will get instant access to the connector for the user’s app.

To close, it’s certainly worth noting Vatalik Buterin, inventor of Ethereum was at the Microsoft Build conference for the connector announcement in May and made the following statement:

Looking for more in-depth Office 365 coverage? If so, subscribe to our blog!