Microsoft Loop and the Future of Work 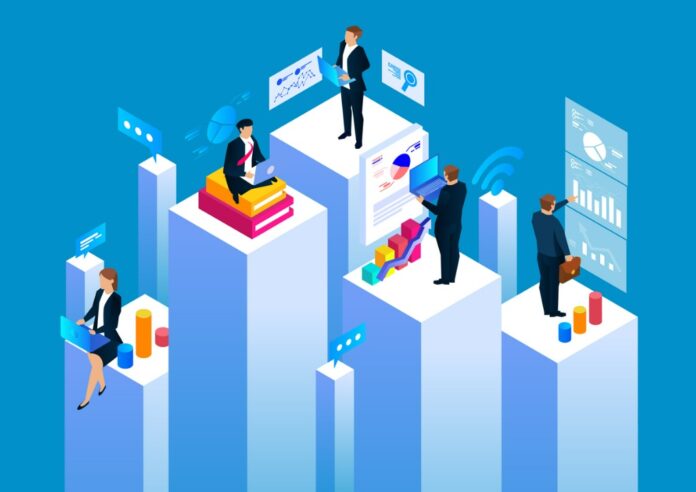 The last couple of years have driven the tech industry to become more hybrid-friendly than ever before. Obviously aware of this, Micrsooft has been catering its set of services to remote and collaborative work, and the next major step in this endeavor looks like it’ll be Microsoft Loop.

In this week’s episode of #O365 Hours, I sat down with Microsoft 365 Apps & Services MVP Vesa Nopanen to discuss what Microsoft Loop is, what we can look forward to in terms of updates, and how tools like Loop are changing the way organizations work. Watch our discussion below or read the summary at your convenience!

What is Microsoft Loop and why has Microsoft created yet another tool or a canvas for creating content?

Microsoft is aiming to address our new need to be working in different time zones asynchronously. When Loop was first announced, it felt like, “Okay, here’s another note-taking or collaboration tool.” But eventually, once people get their hands on it, they’ll start finding new ways to optimize their processes by using it. Instead of colliding with Teams or Outlook, it’ll be completing them in a way.

Christian Buckley: It’s interesting that so much collaboration is shifting towards being chat-based. Now with Microsoft Teams, if I need to pull someone into a conversation at work, I’ll just spin up a chat

If we want to flesh out some ideas or solve a smaller issue and collaborate together, Loop just seems to fit with that model. For instance: say I add two people to a chat and want to add a third. I can forward that same Loop component via an email to someone who’s outside of that chat, but we’d be able to see their inputs directly within that chat. Then once they’re free we can all collaborate in real time. That mixture of synchronous and asynchronous collaboration is what makes Loop so special.

VN: Exactly. We’re not always working in very well-structured teams; sometimes it can feel like we’re freelancers despite working in the same company. We often have people who are working in different time zones and separate groups. Any ideation/innovation process can benefit from the opinions and ideas of more people, and Loop facilitates that.

If you think about it, OneNote is more like a structured set of collaboration tools that goes back a very long time whereas Loop is made for fast-paced ideation and short-term needs. We used to have email conversations where some people were dropping one-liners, which made it was very difficult to follow up on. Likewise, collaborators sometimes drop ideas into a Teams chat instead of the project channel.  Loop component fixes this.

CB: Right, that’s the thing. If you’re collecting data in real-time via calls, emails, chats, reports, and shared documents, it’s bound to happen that someone says, “Hey, I suggested something but I don’t see it on the agenda here.” But when everything is collaborative, everyone can see all the data coming in at the same time from different. It helps people feel heard to know that their message got through and is actively contributing to the conversation.

How much do we know about Microsoft’s product roadmap?

VN: I haven’t seen much of the roadmap myself, but what we have seen is what they announced at Ignite last year. That basically covered where Microsoft is going and where it’s going to be available. But we don’t know much. We’re working with tool components now, and eventually, we should be getting loop pages where we’re putting several loop components together.

Loop components are currently only working inside Microsoft, but eventually they will open up to the public. That’s the direction it needs to go to be useful. The Loop application itself is rather complex with many different tool integrations, so there’ll need to be a lot of organizational training for adoption to go smoothly.

That said, I’m really excited about Loop. I think the best part is that we can take the same content to different applications. For instance, you can have Loop components in Word documents and PowerPoint presentations, and you can even drop Loop components into Microsoft Whiteboard. And when you’re working on the Whiteboard, you can see other people changing the Loop component data.

So how are tools like these changing teams (not the product, but organizations)?

VN: I think the big thing is that it’ll make it easier to get information to the point where you can utilize it. It’s going to scale to different applications whenever it’s being used. For instance, if you drop a memo directly into a Teams chat, that creates a much lower threshold to start working on content than an email or channel-wide announcement. The ease of sharing information is also going to make asynchronous working much more fluid for teams.

We’re all working at different times on different projects. Many of us just drop in and do a task when we can, something that work especially well thanks to the Microsoft Teams mobile app. And since the Loop components also work on the mobile Teams and Office apps, it makes it easier than ever to drop in on the fly from wherever you are and contribute to a project. This ease of accessibility makes melds well with the hybrid nature of work today.

CB: That’s a great point. Having to log all the way in to get into the environment just to update something is not very realistic. Sometimes, being able to initiate a loop component, push it out to people who are not within your immediate circle, and have them interact and share information while in that environment is a lifesaver. The more that we can do to decrease the friction of collaboration and make it easier to insert the components where we want to interact is just going to increase the overall levels of engagement and collaboration.