A global company trades in its phones for Skype For Business

At AvePoint, a company of more than 1,500 employees spread all over the world, verbal communication is an absolute must. It’s common for an employee in Richmond, Virginia to need instantaneous communication with an employee based in Japan and, depending on how late or early each gets to work, it goes off without a hitch.

However, telephones  have probably changed more than just about any technology over the last 15 years. Collaboration apps that leverage Voice Over Internet Protocol (VoiP) technology like Skype have changed the game.

And that got our CEO, Tianyi (TJ) Jiang thinking.  Maybe it’s time to reconsider the telephone altogether.

So that’s just what happened at AvePoint. With the enterprise already leveraging Office 365 (check out our Office 365 playbook to learn how to take full advantage of the platform for your business) and connected via Skype for Business–which offers voice and video calling capabilities– why does every employee need a desk phone? Well, as it turns out, they don’t.

I recently sat down with TJ (via Skype, of course) to chat about his decision – why he made the switch, the benefits, the advantages, the best practices and what he had to say, frankly made a lot of sense. 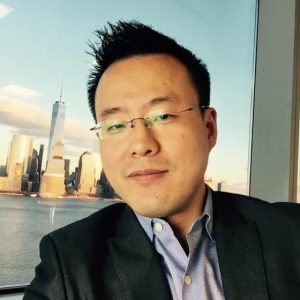 N: What made you start thinking about or questioning the efficacy of having a phone at every desk?

TJ: We always had a phone at every desk before. We are essentially a direct customer engagement organization, so all of our support, sales folks and also technical engineers, presales and delivery folks all have phones at their desk and so does management. It’s been Shoretel IP-based phones for a long time.

The desktop phones weren’t that actively utilized. Also, because folks were using WebEx as well for telephone conferences and Skype fulfilled that need as well. The plan initially was not to drop the phones, but to get rid of the conference call capabilities.

So, we were using Arkadin and just by doing that and leveraging our Office 365 licenses, we were able to save $400,000 a year on conference calls. After that became successful, we started shedding the desktop phones, because with Skype for Business, employees can use their work-issued mobile phones leveraging Skype for Business apps to do regular phone calls. That’s kind of the progression – first replacing conference calling, then replacing desktop phones. 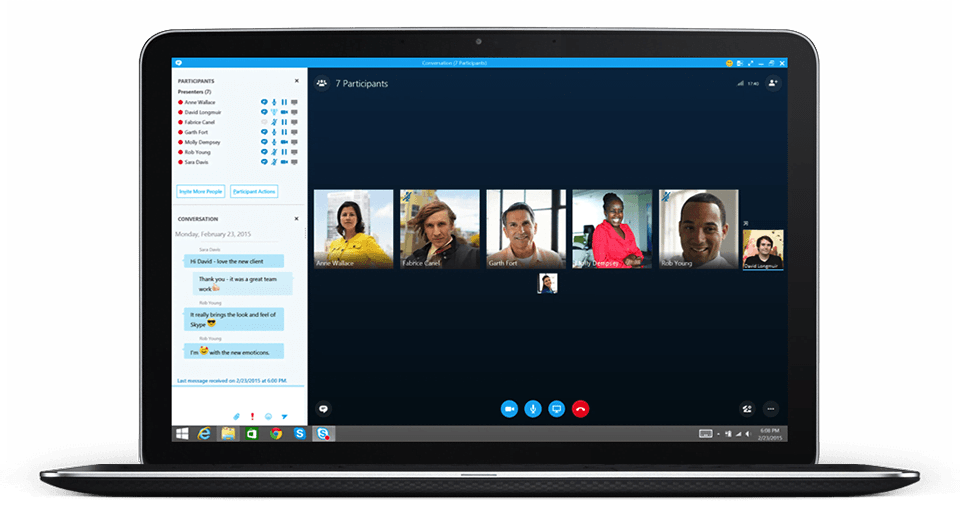 N: During the transition, did you experience any resistance to the change or hesitation? How was the adoption process?

TJ: I think the transition for AvePoint has been easier since we were already on the Microsoft stack for other workloads. We were using Skype for Business (previously known as Lync) for instant messaging anyway, so folks were already used to it from that standpoint. The transition has been pretty smooth. The important concern for our folks was performance, so our IT organization did extensive performance testing to make sure that, across regions, our backbone data services were strong enough to support the level of voice quality that’s needed. Overall, the adoption has been rather smooth and I haven’t really heard many complaints about it.

N: Now that Microsoft has put their eggs in the Teams basket, with much of Skype for Business’ functionality being added to Teams, likely making it the go to application for this kind of communication, do you see that transition going equally as smoothly?

TJ: It remains to be seen how that integration and transition are going to be rolled out, but we have already used Teams so we’re kind of living on the bleeding edge of Microsoft technology. We’re an early adopter of SharePoint, we’re an early adopter of Yammer, and then obviously now Teams. We’re already very familiar with Skype for Business, so I don’t foresee too many difficulties with that integration as long as the performance is there. I think that, from a user adoption perspective, we’re one of the more nimble companies to adopt the latest technology from Microsoft.

Read our post on how Microsoft Teams killed Skype for Business here.

N: Based on your experience, what are some best practices or tips that you would offer an organization that is considering a transition of this nature?

TJ: I think you should definitely start with power users in different regions to make sure you have enough of a sample userbase to pilot and test new rollouts. Then turn those power users into evangelists. Those are your new, sort of, adoption advocates and then go from there. So, in at least each major region or office, have people that have started to use it and get used to it who can then help their peers adopt the technology. I, myself, as one of the power users, am one of the early ones to adopt all new things and because of the nature of my job where I travel extensively, I do try to push the boundaries as much as possible on new technology rollouts and then, obviously, I evangelize it too. It’s key to make sure you have enough of a userbase that have sufficient time to test and then be key advocates for your organization.

See how AvePoint CMO Dux Raymond Sy uses Skype for Business to keep in touch with remote teams at the office and on the go with this video filmed at our office in Richmond, Va.

N: Aside from savings, were there any benefits – foreseen or otherwise – that came about as a result of AvePoint’s transition to Skype for Business?

TJ: The benefit of leveraging these technologies is that it’s really good for newcomers to be able to then attach to workstreams, conversations, and topics much faster than they would previously. It’s not so much uniformity that we seek, it’s how to get information out there and enable faster collaboration throughout the organization. So, we are quite nimble that way. We do see that some people gravitate more toward Yammer or Teams, and some people still use email for primary communication, but I think you make the channels available and you have enough successful use cases around that that people start to gravitate toward it.

These technologies are bringing business into the 21st century and have been drastically altering the way business is done. While there’s not virtual substitute for a physical handshake or a face-to-face customer meeting, that gap is shrinking. In the business world of today, technologies like Skype for Business and Teams are the new normal – for now. It will be exciting to see where the world of business collaboration goes next and what the newer normal will be. In the world of business, as in life, the only thing that doesn’t change is change itself. As they say – in with the new, out with the old.

How To Invite External Users in Azure Active Directory B2B