The discussion of including private channels in Microsoft Teams has been a long one. The concept sounds straightforward enough; private channels would only be seen and accessible by the creator and whoever he/she invites. In practice, however, the feature has been a major development challenge. Here’s what you need to know. 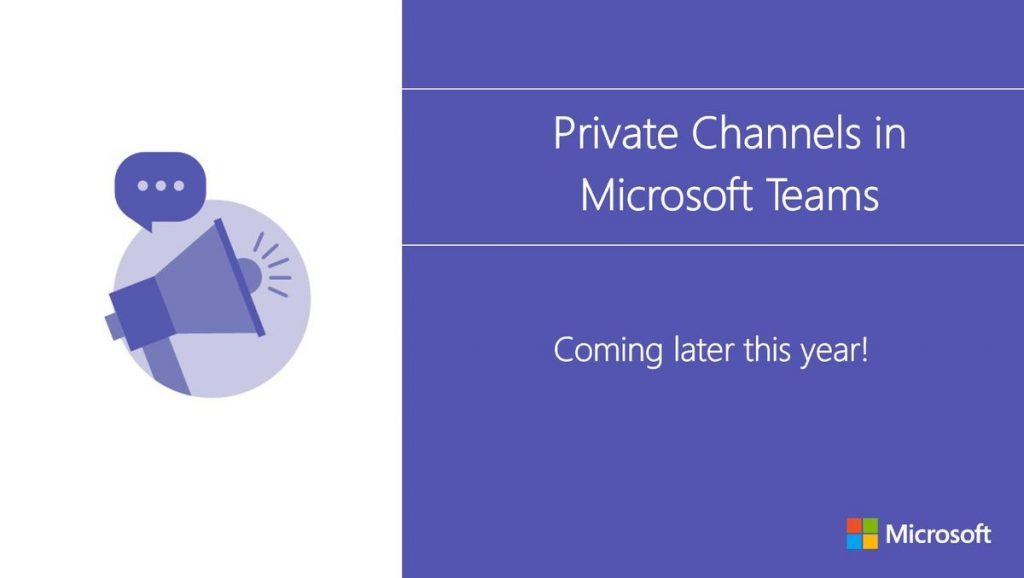 According to User Voice, people generally want more options when it comes to creating channels in Microsoft Teams. Specifically, they want channels that are:

Why People Want It

So, what’s so special about private channels, anyway? Why’s the demand so high?

Why People Don’t Want It

Microsoft Teams is all about open collaboration. It was designed to make working with others as seamless as possible. Once you’re in a Team you have access to everything in there. By implementing more controls and requiring the team owner to manage permissions for every private team that gets created, it can quickly become antithetical to the purpose of the platform.

Pushing for private channels can also be seen as unnecessary. You can arguably just create a new team if you want privacy. And if you want a private chat between two or more managers/executives, why not create a regular group chat? These are all workable (though not necessarily as convenient) options.

Whether you’re for or against private channels in Microsoft Teams, they’re undeniably a popular request. So why have they taken so long to be implemented?

Well, as previously mentioned, channels in Teams weren’t originally created to be blocked off. Because of this, the architecture of channels doesn’t lend itself to being private. Every Team that’s created is enabled by other facets of Office 365. For instance, Teams need Planner for task management and SharePoint for file storage. If a certain channel in a Team went private…

Needless to say, the Microsoft Teams team had to overcome a ton of obstacles to make part of their open collaboration platform closed off. Were all the delays worth it? We’ll have to wait until the end of the year to find out.

See how you can manage your private channels with AvePoint’s Microsoft Teams management solution!

Feel free to comment below and let us know how you think private channels will impact Microsoft Teams going forward!

Want more coverage of new Microsoft Teams features? Be sure to subscribe to our blog!