Editor’s note: This is a guest blog post by Loryan Strant, Consultant at Loryan Strant Consulting and Microsoft MVP. For more on Loryan, please visit his website.

Learn how to deploy, manage, name, and adopt Microsoft Teams with our full length series

Much like the battle between the titular characters in Batman v Superman, the title of this piece is misleading – albeit a common misconception.

Without giving away any movie spoilers, what I can say is that despite perceptions that Office 365 Groups and Teams are opposing solutions, the reality is that they are actually complementary. In fact, these two need to work together if we are ever to defeat the evils of emails and boring file shares.

When Microsoft Teams was launched into Public Preview in November 2016 there was a lot of confusion as this Slack competitor seemed to come out of nowhere. One thing was clear though – Teams sits inside the Office 365 Groups substrate.

Today, instead of pitting Office 365 Groups vs Teams, I’m going to do my best to help you untwist the product names and understand how the technology actually coexists in your tenant.

If you are interested in Microsoft Teams and Office 365 check out our latest eBook: Your Digital Transformation Roadmap> 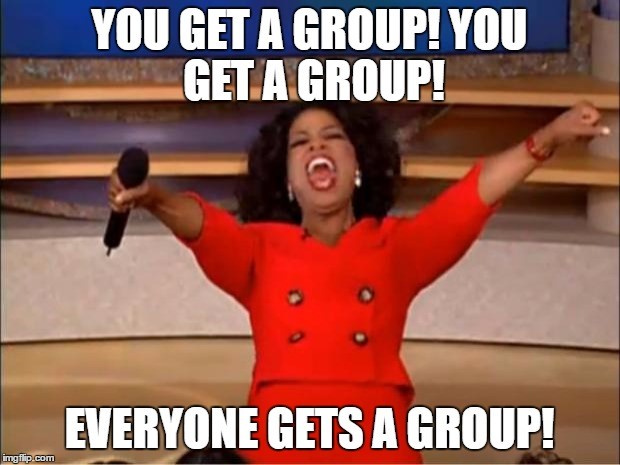 Let’s not continue down that rabbit hole for now, and instead let’s look at the third, and significantly simpler scenario…

The reality is that creating a new Team is the best and easiest way to go, but that’s not really possible if you’ve already invested time in building out your Office 365 Groups. If, however, the amount of investment in your Office 365 Group content isn’t that great, you can shuffle some things around to make that work.

In my personal experience, I had three existing Groups with OneNote content, files, and emails. In only one of those three instances was there any Planner content. All I simply had to do for all the other content was:

Luckily there weren’t that many so we manually re-created them.

But, that’s not necessarily practical in a larger organisation or with users who are less in the know.

It is important when considering the deployment of Office 365 Groups vs Teams that we give it some thought before “going viral.” While these technologies make it easy for end users to simply press a button and get going, we need to keep this behaviour in check without stifling it.

We need to ensure these key areas are covered:

Instead of pitting Office 365 Groups vs Teams, the two together provide a very powerful disruptor in the way we work on a daily basis. However, we need think them through to ensure that the disruption leads to a positive outcome and improved user experience, not confusion and frustration.

As a takeaway, we’ve put together a one-sheet of things to consider when rolling out Teams. 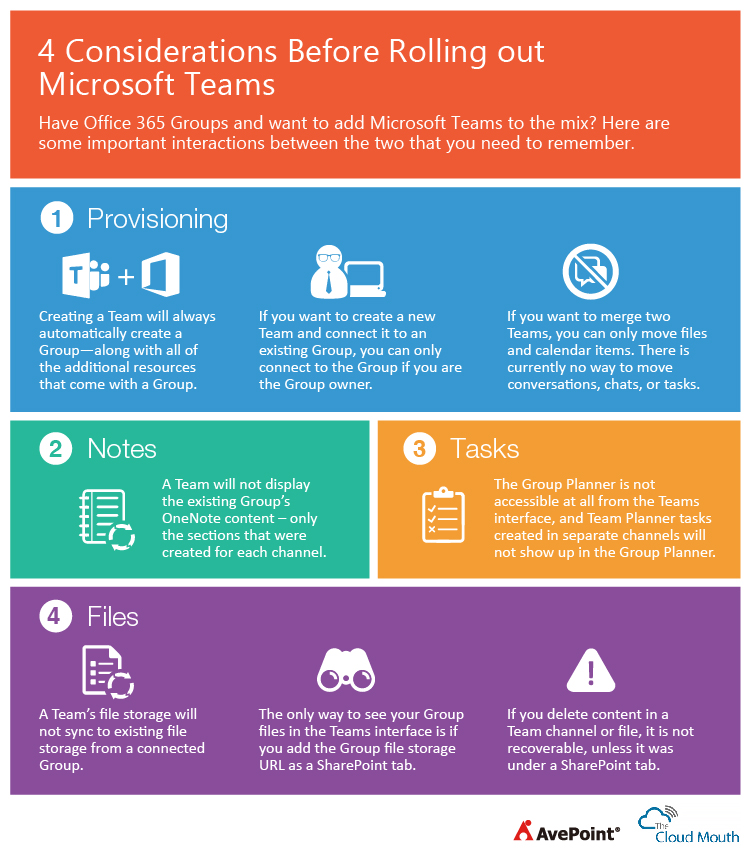 Have a question or want to chat more about Teams or Groups? Leave me a comment below or chat with me on twitter @LoryanStrant! 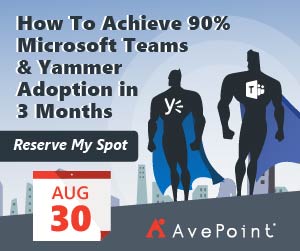 Shifts in Microsoft Teams: How to Engage Frontline Workers in the GCC

Do you work in the GCC and want to make managing your employees' hours easier? Click here to learn how Shifts in Microsoft Teams can help.
Read more
Office 365

Are you preparing to undertake an Office 365 migration project and need some help putting together a plan? Click here for must-know considerations.
Read more