HomeMigrateThe Good, the Bad, and the Ugly About SharePoint Migrations
MigratePodcastSharePoint/Hybrid

The Good, the Bad, and the Ugly About SharePoint Migrations

SharePoint migrations have changed significantly over the years. From the early days of SharePoint to more recent migration trends, the process has grown by leaps and bounds as customer needs have become more complex.

In this week’s episode of #O365 Hours I sat down with Todd Klindt to discuss these gradual shifts and the tools we use to adapt to them. Watch our discussion below or read the full transcript at your convenience!

How much has changed re: migrations since the early days of SharePoint?

Todd Klindt: In the early versions of SharePoint you could actually upgrade in-place. You could have a SharePoint 2003 server and a SharePoint 2007 server right on top of it. If it didn’t work you could just wipe that drive and start from scratch. As a side note, over the years Microsoft definitely improved its out-of-the-box migration tools.

Christian Buckley: It’s really been an iterative process. I mean, Microsoft learned from experience how to handle SharePoint migrations over the years, as did partners.

Have you seen any trends in SharePoint migration?

TK: Well, there wasn’t a ton going on with SharePoint 2010, but the people who were migrating at that time were people who were familiar with SP 2007 and done a lot of crazy things with it. I would install SharePoint on prem for a customer and would always get two questions and always in this order:

TK: So there were great opportunities for guys like you and me to completely relearn everything we knew about our craft with every new release. But the first wave was really just trying to get people migrated from 2007 with all these heavy customizations. We were still learning how to use the product and what it could do.

CB: Skipping ahead a bit, Microsoft was the lead sponsor of research looking into how many organizations were planning to stay for the midterm to long-term in on-prem and hybrid environments. The numbers surprised Microsoft at the time in 2017, so much so that they walked back some of their messaging saying “get into the cloud now, you’re a fool if you don’t” and began extending an olive branch to those who wanted to stay on-prem. So I’ll just say this again, for those that are out there, there is no timeline that has been communicated to in any degree about on-prem going away. In fact, they’re, they’re still talking about the next version of on-prem. I don’t know the timeframe is, I don’t think they’ve discussed that.

TK: I think it was right before SharePoint Conference 2012 when a bunch of us were pretty sure that SharePoint was dead. So at the time, the migration trends were heavily in favor of people moving to the cloud. And then after the early adopters came through, you saw a lot of the mainstream who had SharePoint farms move into there. And then you started seeing people who didn’t have a Microsoft footprint starting to migrate non-SharePoint things into Office 365.

TK: One of the other trends that I’ve seen is we are at the spot now where people have been in Office 365 long enough that mergers and acquisitions and divestitures are happening. That’s something that we just didn’t deal with five years ago because there weren’t enough people in Office 365.

Microsoft has made some investments in migration tools. What kinds of tools do you use?

TK: Well, Microsoft offers a native SharePoint migration tool and they bought mover IO. So you’ve got those, though I don’t use them a lot. They’re great, but there’s just so many things that trip those up. There are so many limitations.

So normally when I’m talking to a customer, I’ll suggest a third party tool that comes with a price tag.  Some customers push back on that, and I’ve got the webpages ready where I can say, “Well, here are the things that you won’t be able to do.” Almost all the migrations that I do use a third-party tool of some variety, since they all just add so much more flexibility. I’ve also personally written some tools to help with migration.

CB: So, between Microsoft’s own free tools, third-party tools, and your personally developed tools, it begs the question: is migration really something that most customers can take on, or does it require an expert to be brought in?

TK: In some cases, organizations just don’t have the skillset to handle it themselves, especially if it’s a smaller company that doesn’t have a fleshed out IT department. One of the customers I’m working with now has a great IT department, but they don’t migrate SharePoint all the time like I do. So folks are clearly smart enough to do it and can get up to speed, but having a professional around just speeds things along. 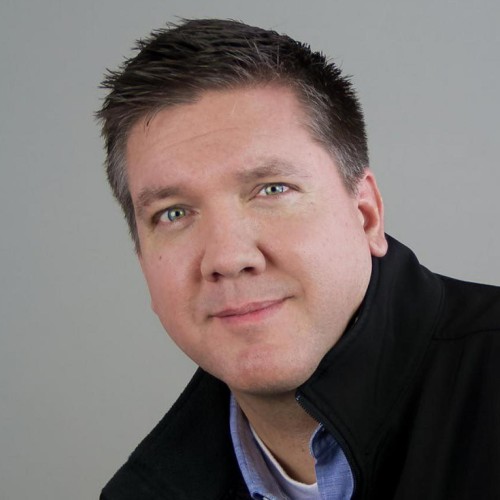 What Are SharePoint Spaces?

5 Common Pitfalls of Migrating to a Cloud-Only Environment