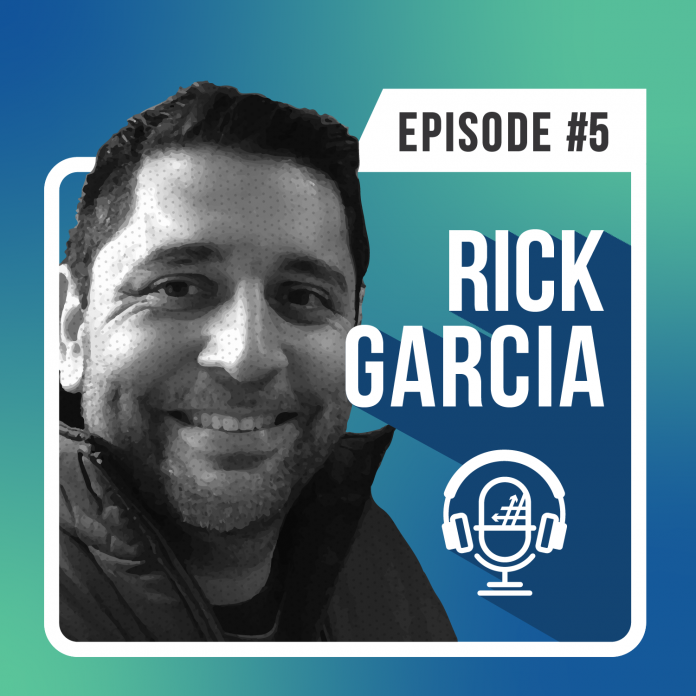 Tasked with moving 45,000 users and 10 terabytes of data from SharePoint 2010 to SharePoint 2016 on top of going through two organization changes, he had to re-plan the migration project thrice to make sure everything runs efficiently for United.

Learn how Rick dove feet-first into one of the most complex SharePoint migration projects to date!

My journey started in teaching. I was a seventh grade Texas history teacher for a couple of years and was probably the only tech guy on the staff. My own personal shift happened when I left teaching. I love to teach, but I left. I was just very much involved with technology, and I eventually got into IT sales. Then I found a niche just working with Microsoft products.

As a sales guy, I started doing networking and got involved with the user group. As they say, the rest is history. I was recruited into the ranks of the user group and became president for several years. I’ve done SharePoint Saturday conferences. Now I’m speaking at conferences myself, kind of spreading a little bit about what my experiences have been like. And it’s been a great journey.

When I first started, my job was to get the latest and greatest, and to make sure that we were moving forward in our approach to how we deal with SharePoint, as it was sort of a stale product at United. I was sort of thrown into the SharePoint project actually.

My manager, not too long after I got hired, went on maternity leave and she goes, “Okay, go forth and do great things.” But what that allowed me to do is to really get in there and figure out what needs to happen. I’d been in consulting for years and years, and I’m used to my people being ready to work with all the resources available to them at once. But being on the other end, on the corporate side, there is a process that has to be followed in order for that part to get done.

So, it was me getting involved with the PMO and being more of a project manager and thinking like one. I spent time working with other PMOs at United and learning the process. The project went through approval, and within the first year that I got there, it was approved and just needed the final AFE signed off. But then, we had an org change, and with that came a lot of uncertainty.

The scope of the SharePoint Migration project

The overall scope of the project was involving 45,000 users, 10+ terabytes of data, tons of customizations, and about 50 full-trust solutions that we needed to go through and look at. There were custom workflows, hundreds of InfoPath forms, custom content types and list types, a lot of cleanups and little nuances.

The original project was a 2010 to 2013 migration. But we’d gone through a couple of organization changes. As I mentioned, the first one almost got approved but didn’t get the funding. The second almost got approved as well, and yet again, org change happened. And then the third time, it got into the mix with the Office 365 adoption. And so, the project got pushed back every time.

So once the project got started, we really needed to take a step back and say, “We’re going to take this as an opportunity to really do some analysis.” We’d done previous pre-work in the past, but getting right into the project, things have changed dramatically. We realized how we’ve grown tremendously from the first time we proposed the project, so we had to do a lot of data collection, SharePoint migration assessment tools and things like that.

We compiled data, we used tools from our partners, like AvePoint’s Compliance Guardian, and some other partners. I learned a lot about security, probably more than I care to. But in a way it was good because we had to do our best to make sure that our SharePoint was at the appropriate level. I needed to get approval from security, do a risk assessment, look at data if they’re sensitive or confidential, and other security compliance we had to do.

The migration was, I’d like to call it like a little factory that we created. The entire process was scripted. We tested numerous times, just miniature migrations and making sure our migration scripts were where they needed to be.

We did a full dress rehearsal to see how long it would take, but we didn’t get it done over the weekend. Once we got everything upgraded into QA, we handed it over to our business users. All our 45,000 users do not use SharePoint all the time, so we created a special email distribution, an email list to track outstanding issues. We alerted help desk, let them know what was going on. We sent out links for people to go test.

And then we used that as an opportunity to review our process, our scripts and the migration strategy to make sure that we were doing it correctly. We were on track. We were looking at things we could do to optimize how we were migrating. Then we did another dress rehearsal several months later for the same thing in stage. And then we got it done. I started on a Friday at 10:00 PM and we got it done halfway through on Saturday. So, we were feeling really good about the migration for production.

We knew folks needed to know what was happening. So, we communicated with them by putting out flyers in the building and having a couple of round table sessions. I flew to Chicago while some of our guys stayed in Houston, our two main locations, and we were meeting with people coming in and asking questions about, “Is this going to work?”, “How is this supposed to happen after the migration?” Any questions at all.

We also set up a training site, a frequently asked questions site, some handouts documentation that goes onto the site, as well as cheat sheets. We also purchased a tool that embed training videos into SharePoint and in various locations that users go to.

And what we used to have and we’re planning to do is, we’re actually putting together a plan to start up an internal user group. We might try to get that kicked off at least once before the end of the year.

With Teams, I think the overall strategy is obviously to use it as our main go-to communication platform where we’re going to replace Skype. The last component of what we’re working on is SharePoint migration, and then the Teams deployment. But they’re also doing a pilot program for the flight attendants to use it as well. Right now, they’re doing some testing with it. We’ve got a partner there that’s building some applications for use in Teams, but we’re still looking more into it.

Overall, the success for us are the ease of use and automation, and the consolidation of all our services and applications. Now, everything is in one place, so we don’t have to look for things in different places.

But the success so far has been what they’re doing with the flight attendants. And piloting some of those applications, what we’re trying to do with some of our automation team is to put some of these applications for our internal business processes to run more efficiently. So that’s been fun to watch.

I think the big thing is, if you realize where your direction should be, you just have to do it. You have to jump in and put your best effort forward. But also, don’t overwhelm yourself too much by doing it all at once. Take it in small chunks.

Also, you have to talk to folks. One of the things that I have noticed in large companies is, you have an email guy, you have an Active Directory guy, you have Exchange and SharePoint guy, and they’re all different people. Then when you’re adopting Office 365 and consolidating the applications, you realize that, “Well, I don’t really talk to these guys very much.” So, you need to make sure you’re all on the same page. If that’s the direction where you’re going, you got to definitely get buy in from the other groups as well, and make sure that you’re all working together collaboratively to achieve that goal.

“Get to know the players. Get involved. Talk to your people, push things, but try not to make people mad along the way, because you’re going to need to talk to them down the road, too.”