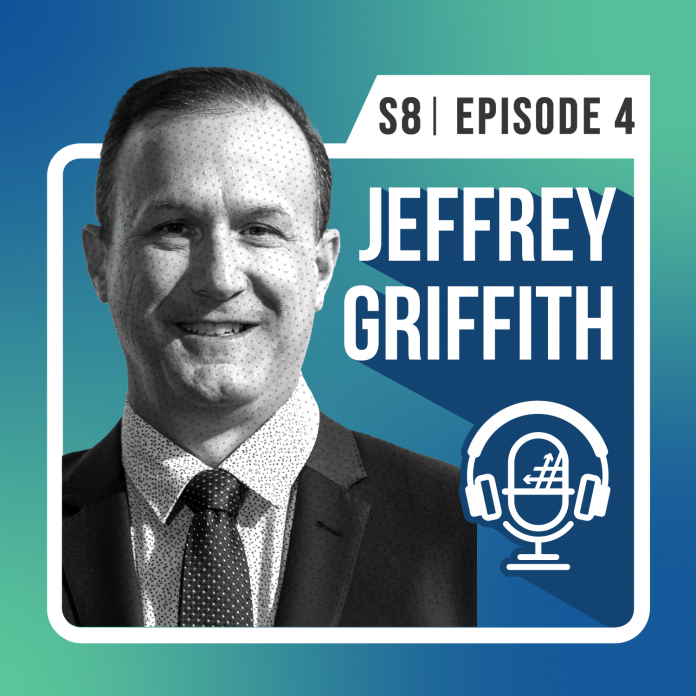 No matter where you live, good municipal services share the same DNA—they’re efficient, they’re effective, and these days, they must be digitally savvy. Modernizing city services isn’t just a public safety issue, it’s also a way to cut costs and serve residents better. But digital transformation can be a challenge, especially for smaller local governments.

My guest today is Jeffrey Griffith, Deputy General Manager at Devonport City Council in Tasmania, Australia. He’ll talk us through some key steps to success and how his own office has successfully evolved in recent years.

Jeff and the journey to digital transformation

I’m originally from the US, the State of Arkansas, Little Rock. I moved to Perth, Western Australia in 1998. I was working for a caterpillar dealer in Arkansas. And then the cat dealer in Western Australia hired me—WesTrac. They’re one of the largest cat dealers in the world. I was there as Chief Information Officer for 15 years before coming to Tasmania.

I met my wife in Western Australia. She happens to be from Tasmania. So that’s how I landed here. In that time, particularly at WesTrac, it was a very progressive, fast-moving organization that was very focused on leveraging technology.

Coming to Tasmania and joining Devonport City Council three and a half years ago, I stepped into a world where I think local government has a long way to go to use technology to support their operations. So, I joined, and currently as a Deputy General Manager, my journey has gone from a council that, to me, looked like it was operating in the 1990s in terms of the way they leveraged technology and with the inefficiency of processes, to a very modern and digitally transformed council today. Now, we have two awards within Tasmania for the digital transformation that this council has driven.

Tasmania is an island state off the Southeast coast of Australia. Tasmania’s population is about 500,000 over the last couple of years. It’s been one of the fastest growing states in the country. In terms of the economy, it has been performing exceptionally well.

Devonport is a city in the Northwest of Tasmania on the coast. It has a population of about 26,000. Biggest industries would be agriculture, retail, tourism. Devonport is at the mouth of what is known as the Mersey River, where the spirit of Tasmania comes in from Melbourne through to Devonport.

From private to public sector

Coming out of the corporate world, I had no prior experience in government. And in the corporate world, particularly coming out of caterpillar dealers, you’re driven to increase revenue and reduce costs and ultimately maximize profitability for all your shareholders. That drives behaviors around efficiency of process and leveraging technologies to support those efficient processes.

I found stepping into local government was like stepping back into the 1990s. In Devonport’s case, imagine walking in 2018 and seeing every employee still running a desktop. There’s not one single laptop within the organization. All systems are hosted on site. There’s a very small IT team of only three employees supporting 175 employees for a small council. The complexity was very high. The systems typically did not work. Employees were frustrated. The council was very siloed in between departments. There was a lot of friction and a very poor culture within Devonport City Council. And it’s not something that I’ve found to be inconsistent with other councils.

It was really an eye opener for me. And I guess I looked at it and said, “No, I can’t step back in time and operate this way. You’re going to have to come forward in time and operate the way the modern world currently operates.” And from there began a long journey of digital transformation.

When you’re driving change, it doesn’t matter what organization you’re in. It’s always hard. We get set into a certain way of operating and then you have someone step in from the outside and try and drive that change. Back at WesTrac, we implemented a Project Management Office and leveraged a change management discipline known as ADKR, and that’s what I used to drive change in the council.

A: Awareness – making people see the value of this change you’re introducing

D: Desire – once they’re aware, they begin to develop the desire to try it out

K: Knowledge – so you begin to train them

With every change initiative that I ran through Devonport City Council, that change management discipline was leveraged to help smooth the resistance that you naturally face within any organization. We’ve driven over 40 discrete initiatives from very small to very large, complex, costly programs and work. And without having leveraged that discipline and ADKR and change management, the success would’ve been much less than it is today.

One of the key initiatives amongst many that stood out for me was the introduction of online electronic forms. Back then, councils were very paper-based. They operated with paper, where you had no choice but to drive into the city and pay for parking, spend time in a queue, waiting to meet with a council customer service officer just to fill out a piece of paper and come back with a few other bits and pieces of information that you needed in order to complete your application.

But we transitioned about 19 paper-based forms that the community use to engage with Council to be online electronic forms. And those forms have not only been good for the customer in terms of filling out the form electronically online, but the backend processes to support the transition of that data through to council’s core business systems increased efficiency for employees as well.

We had many of those completed before the lockdown, and the take up by the community of our online electronic forums just skyrocketed. So again, where other councils could only operate in paper-based forms, their services had to be decommissioned at that time of the lockdown. Even today, we’ve got an older generation that may not be comfortable in transacting on an online platform, but this community has become very comfortable in transacting online. And they’ve maintained that post pandemic, which has been absolutely fantastic.

Collaborating with other councils

I’m really big on opening doors and offering to support other councils, knowing that they’re doing great things as well, and we can learn from them. We’ve spent a tremendous amount of time individually with councils. They’ve heard about the awards that Devonport City Council has won. They want to go that direction. They don’t know how, and they ask Devonport, how did you do it? What can you do to help us out?

We also formed LG professionals, or Local Government Professionals Tasmania, an innovation and digital transformation special interest group. A lot of great partners are now involved in that, including AvePoint. It’s about bringing councils together so that we can learn from each other. How do we drive initiatives within our organization?

What I found is, and I very much agree in presentations that I’ve done before, KPMG had an article in 2018 that indicated that councils have a lack of leadership skill and resources they need in order to drive that digital transformation, and all these councils are facing that same struggle. And particularly in Tasmania, it’s hard to secure the skills that you need to drive these sort of transformation.

And so really for us, it’s just about bringing these councils together to offer assistance. I’ve spent a lot of time with councils, working directly with their leadership teams, and other key staff to try and help get them onto the path of improving. And some have started, others are still trying to find their way, but they’re all willing to go that direction.

In local government and government, they’re not having to chase anymore revenue. If you’re a citizen in our municipality, you’re paying your rates, whether you like it or not. And it’s secured revenue. Unfortunately, I think that drives a different sort of mindset. And it’s not one of focused on operating lean.

I think because government and local governments are not chasing the revenue, they’re not as incentivized to strip the waste out of their operations. If they were, they would look to improve their processes, which means that they have to invest in systems that are going to better enable those efficient processes. So again, it’s leadership skills and resources. The only way this is going to work for any council is that they need to be able to engage individuals with the right skills so that they’re going to have to commit the resources to that. And leadership is going to have to be completely behind it and deeply engaged in that change.

Make #ShiftHappen as a leader in the public sector

If I’m going to boil it down to the basics, I say that every system you have should be moved to the cloud. You don’t want to own and support technology if it’s not your core business. Move it to the cloud and that frees and unchains the employee from their desk and allows them to work anywhere, anytime to support the community and to improve their collaboration with each other. It must be full mobility to support that migration to the cloud.

And then lastly, councils are overly complex for a host of reasons, so you must simplify. So, cloud, mobile, simplify. That must be on the mind of every leader and every council. And every dollar they spend and every project they run must link back to those three things.

“Often, organizations become very static. They tend not to drive a lot of change. But you have to build up your change muscle if you want to transition from that period of resistance to a radically transformed culture where your employees become tremendous innovators in their own right who drive change themselves.”