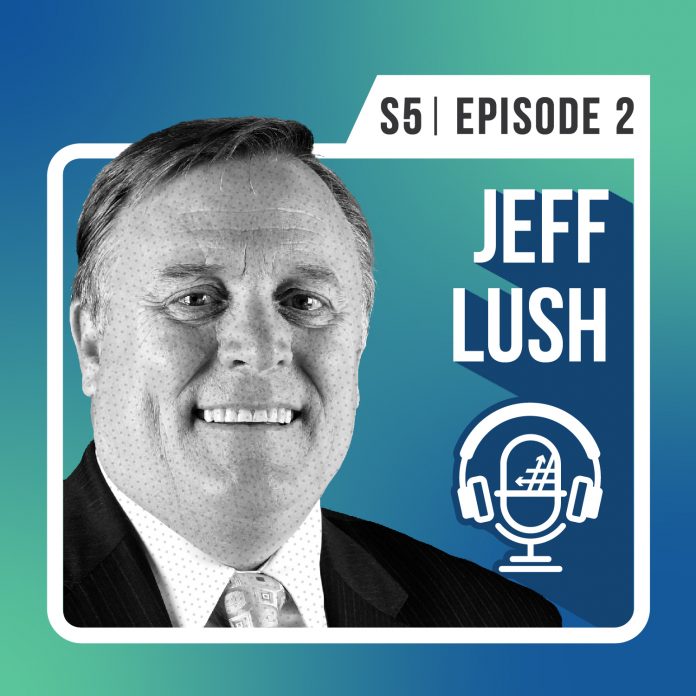 Remote work is convenient. And for many of us, it’s a necessity. But doing your job from a distance can also cause anxiety, especially when it comes to collaboration.

With our guest, Jeff Lush, Chief Information Officer at Air University, we’ll tackle how to engage and empower your team with Microsoft Planner. The positive results seen at Air University ought to inspire us all to take a thoughtful and accountable approach to teamwork, whether our coworkers are around the world or under the same roof.

Let’s learn more about how the group effort is flying high.

Air University is this gem that is unnoticed by a lot of federal agencies. In fact, it is a Master’s and Ph.D. university similar to Duke or Yale. We serve well over 300,000 students and graduating approximately 125,000 students a year. So, for enlisted folks, they can come in and get a four-year degree while they’re in and serving within the Air Force.

The primary mission of the university is focused on building a better airman, but we have a lot of joint services join us as well. So, we’ll see Army and Navy and others join in, as well as international students coming over to participate globally. At any minute of any day, we probably have 15,000 remote students accessing content within the Air University. We also have what I think is the world’s largest community college, called the Community College of the Air Force as well.

Leading Air University during the pandemic

The university as a whole has been very focused on remote learning, so the transition during the pandemic was relatively simple. We had a lot of the processes in place, but when I got there in May, we were just up to our eyebrows of putting in wireless access points throughout campus in 70 different buildings.

Because we experienced having small breakouts due to students coming on campus, we also have had to manage procedures regarding isolation and quarantine. So, it’s been a little bit of an experience. Because of that, we’ve been thinking about doing hybrid work, as it is what most of our staff wants. And as far as the Air University is concerned, certainly, in my directorate, which is all the IT folks, we want to make sure that we’re as accommodating as humanly possible.

The need for a better collaboration tool

At this time where everybody’s remote, it can be very anxious for people to figure out what they will need to do for the day.

So, we wanted to collaborate not in the “collaboration sense”, but we actually wanted to collaborate so that when I assign a task to Joe Snuffy, Mary, who may not even be assigned to the task but is associated with that team can say, “Hey, I worked on that two years ago. Here’s some valuable information”, and she can input it and everything gets collected within the task, and we execute accordingly.

That process right there, which has taken about four months to roll out, has improved our productivity by 30% within the group and has lowered the anxiety level of our staff. So, this has enabled them to really, really focus much more than they had before. And it’s been a huge benefit to our mission.

Microsoft Planner as the enabler

The enabler of this collaboration has been Microsoft Planner. As a federal employee, this is certainly not an endorsement, but Planner has been a really great tool for us.

What we’ve done is, instead of asking for an email, it’s all done through Tasks. And so that discipline starts at the top and works its way down. It’s a slow process, but over the course of time, everything’s now done in Tasks. If it’s action-oriented, it’s a task found within Planner.

Let me give an example. We were rolling out a student information system throughout all of the campuses. It’s a huge initiative. Instead of all the schools participating via email, all of them were asked to communicate via Planner. Now, what we have is every school using one huge plan that we have segmented out just for the collection and management of information related to our student information system migration, and it’s working spectacularly. We can run dashboards with Power BI, and the automation side has been amazing.

Getting this adopted by the organization was not an easy hill to climb. The first thing that I did was to sell them the fact that this is going to make their life easier both for their personal lives as well as their work lives. And then I told them how important it was for us as an organization to stay focused when we’re at work and to be off work when you’re off work. That resonated well with them.

You see, what I’ve noticed over the years is, if you just set the expectation and have patience, most people are very open to meeting those expectations.

The satisfaction of efficient task management

Another thing I noticed was that people became happier when their time is organized more efficiently. When they’re not all stressed about, “Oh, I’m doing 12 different projects. I don’t know where anything is anymore”, the stress level goes down and the happy satisfaction goes up.

I’m aware that this new way of managing tasks and organizing time is hard to embrace. It’s like exercise—nobody wants to do it because it’s extra work. But once they start doing it, they realize the benefits from it.

Task management is very similar. It creates a flat, transparent organization. And being in a military organization, the hardest thing for my group was that the leader always tells you what to do. It took a while for my leaders to get comfortable assigning me tasks the way I wanted them to—which was using Tasks instead of emails—but they’re all good now.

They realize the message that it sends is, As a leader, I’m in there, side-by-side with you, fighting the fight. And there’s a huge motivation that happens within a team when everybody feels like they’re part of the team.

To further promote collaboration, we’ve been utilizing some other Microsoft 365 apps.

Teams is a favorite. It is a very powerful engine. Our challenge with Teams is to get them to extend beyond video calls and chat, so we’re starting to work on that.  The second thing we really love is, again, Planner, because it allows us to manage tasks in a more collaborative way.

We also love SharePoint and Lists. We love using Lists. The transformation of people from Excel spreadsheets into Lists has been huge for us. We’ve embraced a lot of Power Automate to automate a lot of that, including RPA, which is Robotic Process Automation, and access into CDS.

Notice none of the top three that I talk about is Outlook, email, or calendar because we want people out of their inbox. The inbox is a dangerous place to be—just get out of it, turn it into action, and move forward.

Empowering your users with technology

I had one great staff member who came to me and said, “I could have retired. A year ago, I was becoming so overwhelmed with the number of emails and I was just drowning, and I seriously considered just retiring because it was just too much work.”

Now they’re very happy working and they’re reinvigorated. And the reason for that is that there are clear lines of expectation with the way we use technology within our environment. Chat is for casual stuff, Planner’s for action. We’ve defined those and set that precedent, and now they’re very satisfied with their work because they’ve been able to use this technology to help them.

We’ll be going through our enterprise transformation through the end of 2022, which is our complete commercialization and cloud movement for everything that runs the university. At the end of 2022 and a little bit into 2023, the university will run on a commercially available SAP platform. It’ll run on a canvas platform for our learning management on a service-now platform for support and M365 for collaboration. And we’ll continue to push the limits of the Microsoft collaboration environment with Power Apps.

What we’re experiencing during the migration is that we’re finding a lot of the schools are using their student information system for something other than what a student information system does typically, which is fine, but we’re filling in those gaps with Power Automate and Power Apps and RPA, and it’s working quite nicely. So that’s kind of the future for the next two to three years.

Remember that when we restrict technology, a lot of times we do it based on our misunderstanding of the capability of that technology, and we create other avenues that we eventually have to deal with anyways. So, if we totally lock down our environment, our users will find another path, which we’ll figure out how to lock down that path. So, I guess the first bit of advice is, Be open to change and to looking at new technology. Test it, vet it, make sure it’s not filled with security risk, but be open to new change.

There’s no reason for your team not to be in a hundred percent collaborative environment. That is the way that these cloud applications were designed to work. If you’re using Office 365, that is the core of it, understand what it does and collaborate with your users and your teams, and you will find efficiency just drive through the roof.

3. Care about your people.

Care about what they’re doing and force that they don’t work during their off time, support them in their personal lives and embrace their diversity.

There’s no reason to hide things from people on teams. Be open and transparent as much as the law allows, and you will find that people will be the same as you.

“When it comes to IT perspective, customer focus is absolutely critical. Strive to purchase technologies to support that initiative, but more importantly, improve your ability as a team to enable this.”