S5 E5: A Sunny Forecast for Cloud Governance at Bank of Hawaii 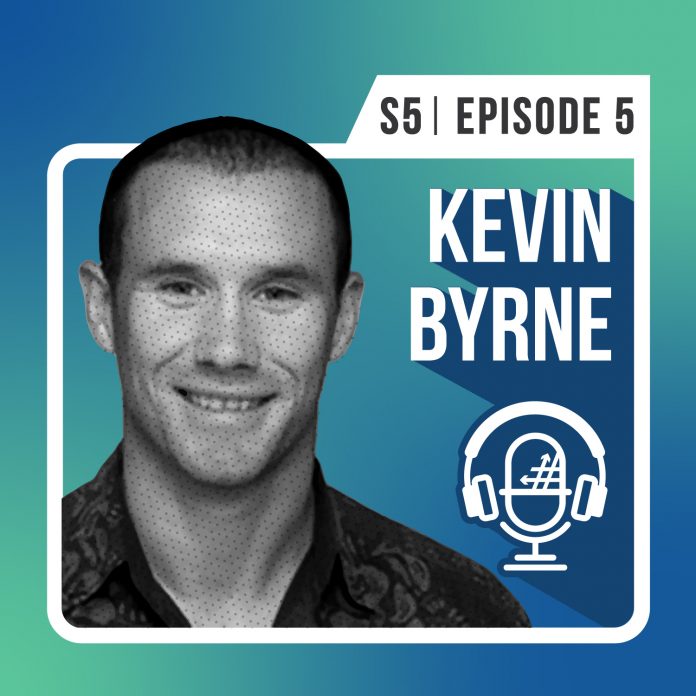 Without proper data governance and efficient use of collaboration tools, you could face costly content sprawl and new vulnerabilities. And as more businesses speed up their migration due to COVID-19, it’s more important than ever to have a smart plan that’s ready for any forecast.

With today’s guest, Kevin Byrne, Senior Vice President of Content and Collaboration at the Bank of Hawaii, we’ll talk a bit about the sunny skies of the Aloha State, but we’ll also explore the ways that cloud migration can quickly turn stormy.

Grab your sunblock and a notepad. Let’s take a virtual trip to Hawaii.

Bank of Hawaii is one of the largest banks in the state of Hawaii. We have branches all across the islands and we also have branches in Guam and Saipan, but our key business is across a lot of financial verticals because of where we’re located.

Perhaps it’s our proximity to Asia, but when we started hearing about this pandemic, the bank really started to take things very seriously from very early on. Back in January, we already started to look at increasing our stock of PPE, hand sanitizer, and things of that nature. We knew this was something we got to be careful about.

Fast forward a couple of months, into March, we started receiving the stay-at-home orders. I won’t say we were ultimately prepared, but we were ready. At least from our department, IT department, we’ve been used to that for a while.

So, we started moving our operations to home, but not all of the areas were ready to go. There was a lot of focus for my team specifically to work around things like workflows and documents and to really assist the other departments. There was a scramble. There were Herculean efforts around things like financial assistance, and then people really had to pitch in on their spare time weekends to help check the forums and get things right. We all tried to get behind things and get it done.

Some of our branches had to close, obviously because we don’t want to increase community spread, but there were things like safety deposit boxes that people needed to access. So, my team was part of a group that had to put together scheduling systems so that branch managers from other areas can go and let people into those branches to access their safety deposit boxes, notaries, and things like that. Banking still had to happen. It’s an essential service. We scrambled around and tried to get ourselves together to make that happen.

When it came to our infrastructure, it was a real dichotomy; a real mix. We already had Skype for Business in place and that was to our advantage, but it wasn’t really widely adopted. Certain areas were using it heavily, like IT, but other areas were not. And so, we looked at what can we do to make it better.

Quickly, we rolled out the application, we did some training, we put controls in place—which was a key factor for us in the bank industry. We worked tirelessly to make that happen. Several teams were a part of that push, and we pushed out Microsoft Teams to all of our users in the bank. Fortunately, folks really took to it, and they pivoted from Skype for Business.

What’s cool with Microsoft Teams is that we can try to make sure that there’s an element of fun to it, like allowing custom backgrounds to be uploaded. And then together mode came along, and everyone was having a great time in together mode. We tried to make it useful and fun so people can express themselves a little bit better with the technology.

Security is really top of mind for a bank. It’s at the forefront of everything we do. We have to be very conscious of how and what we’re getting ourselves into. So, we’re still in the early phases of utilizing the full suite of Microsoft 365.

We’ve been doing some stuff with Microsoft Stream, which is neat and which we enjoy, but our main efforts are really being around Teams and securing Teams. We’re looking at how it can be used in the best and secure way that’s going to meet our standards, state standards, state laws, federal laws, regulations, and all of those things.

Going to the cloud and Cloud Governance

We’ve put a lot of work into our on-prem environment, specifically SharePoint and file shares and things of that nature to really address content, content sprawl, optimal content management, and what to do with our content.

So much effort has been put on our on-prem, and so we wanted to put that much effort into the cloud, too. We really want to make sure that whatever is in the cloud is going to be on par with what we have on-prem.

And that’s why we’ve been so excited about AvePoint’s Cloud Governance to help us out with that. Because honestly, Microsoft 365 has implemented certain features where it doesn’t comply with our standards. We had to take things bit by bit, taking them into bite-sized chunks that we can bite off.

Going into the cloud and utilizing tools for content collaboration, we have to balance the security aspects with the features that are available and make sure that our business is getting what they want and doing it in a secure fashion.

We have a very robust disaster recovery strategy at the bank that we practice very regularly to make sure that if a disaster happens, we have ways of making sure that we are able to get ourselves into a good situation very quickly.

But something that we have noticed is that Teams calls, especially video performance, here in Hawaii are a bit challenging, even if we’re just a few miles away from each other. Teams’ connection is jumping out to the mainland and then comes back, creating extra latency and which makes performance challenging. And we weren’t the only ones in this situation. Everybody in Hawaii who was using Teams was in a similar situation.

Getting better performance connections is definitely unique to Hawaii. We have to make sure that we’ve got backups of backups and satellites and data centers. It’s definitely something that we have to take into account, but this is how it’s always been in Hawaii, so we’re pretty used to it out here.

For people to understand your goal, you have to get to the key point that would make your folks resonate with your message. Tell them what it’s really about, but tell them in a way that they’ll know how they are involved with it. That way, you’ll get people to shift their mindset.

As IT at the Bank of Hawaii, we hated being the bad guy. We wanted to be the partner, and we wanted to tell you why it’s important and have you understand the why first, and why this is a good thing. Once the penny started dropping, people were onboard and people were going ahead. From there, we really saw a lot of traction and were really very pleased with that.

“You have to make people understand, especially in this day and age, why protecting information and curating it appropriately is so important. It is crucial that the right information is in the right people’s hands at the right time.”

How to Choose the Best LMS for Your Organization