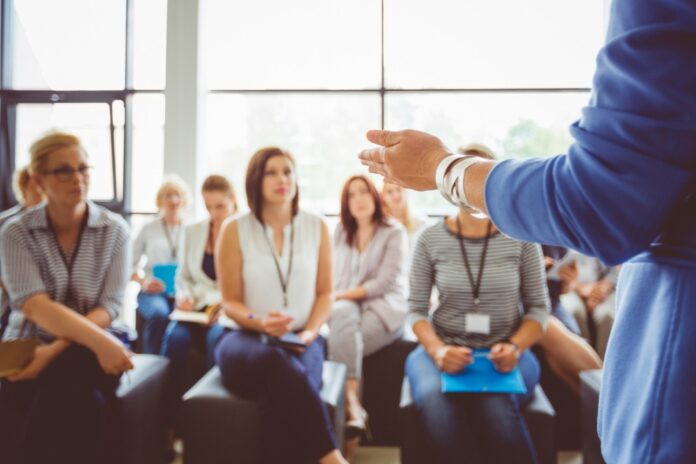 Microsoft Ignite is officially underway, and there’s been a plethora of Microsoft 365-related news and announcements coming out of the conference. Satya’s annual keynote kicked things off and it was a doozy, covering five key areas of the Microsoft Cloud that the organization is focusing on. Here’s a handy summary of everything he went over.

1. Be Data-Driven and Optimize with Azure

Satya started by emphasizing the benefits of leveraging the cloud for collaboration across workspaces. Moving to the cloud allows users to do more with less, and Microsoft has observed that moving to Azure specifically enables cost and operation efficiencies.

Azure supports workloads and organizations of all sizes, from startups to multinational organizations. With Azure running in more than 60 data center regions around the world, Microsoft is continuing to invest in improving its cloud infrastructure.

Enter Azure Arc, which extends the Azure platform so you can build apps that can run across on-prem, Edge, and multi-cloud environments.

Microsoft is also working to modernize the infrastructure of businesses with Azure VMs boasting the highest clock speed processors in the cloud today and Azure premium SSD v2 disk storage for fast loading.

2. Deliver Efficiency with Automation and AI

The tech space is more fueled by AI than ever before, and app development is no different. AI has a hand in the design of an app, how it gets built, and how it gets delivered, allowing data scientists and machine learning engineers to do more with less.

Microsoft has heavily invested in Azure Machine Learning, and the results appear to be substantial. AML can rapidly build and train models, deliver responsible solutions, operationalize at scale, and innovate on a more secure hybrid platform.

Satya also announced the Azure Container for PyTorch, which brings together the latest Pytorch version with top-of-the-line optimization software training and inferencing.

Lastly, Microsoft has been working closely with OpenAI. They’ve invested in GPT for human-like language generation, DALL-E for realistic image generation, and Codex for advanced code generation. Impressively, Codex can even explain and debug its own code, learn from its mistakes, and make corrections on the fly.

3. Innovate with a Cloud Developer Platform

Developing an intuitive cloud developer platform has been one of Microsoft’s goals for a while now, and they’re getting closer to that goal with a few key solutions. First is GitHub Copilot, a coding solution that can turn natural language prompts into coding suggestions.

Copilot can draw context from code to finish the line you’re working on and even suggest entire functions using AI. Satya believes that AI-assisted coding is the future and will help coders write faster and more efficiently. 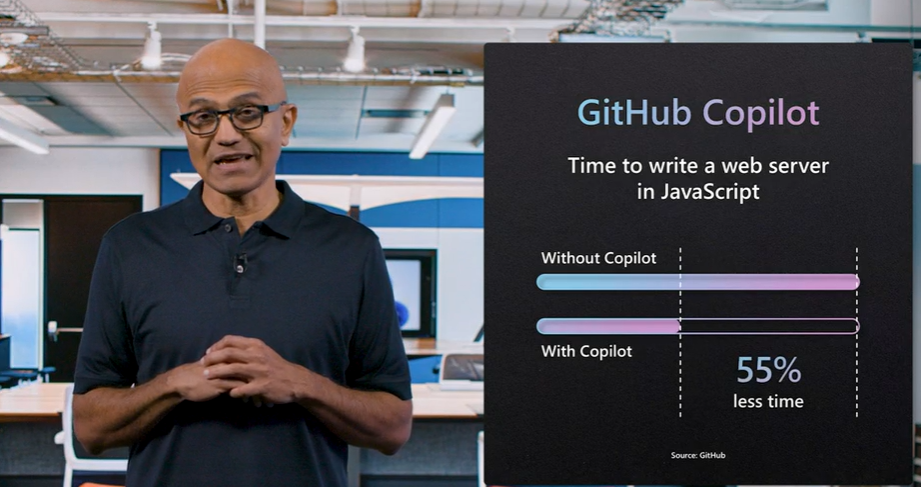 As enterprise apps are rapidly shifting to low-code and no-code tools, Microsoft is pushing to turn low-code into no-code by bringing Copilot’s functionality to Power Platform. They’re also bringing natural language to cloud flows in Power Automate, empowering users to simply describe what they want and Automate being able to suggest workflows for you.

This section ended on a high note with the announcement of Microsoft Syntex. You can read our deep dive on the topic in a separate blog post here.

4. Re-Energize Your Workforce with Microsoft 365

Satya opened this section with some surprising stats about employee engagement in recent years. According to the Work Trends Index, only 12% of leaders have full confidence that their team is productive, while 87% of employees report that they’re productive at work. In other words, people are working more than ever while employers are worried employees aren’t getting the job done.

Satya emphasized the synergy between Microsoft 365, Microsoft Teams, and Microsoft Viva. Everything is connected; the M365 app brings together employees’ favorite productivity tools, Teams provides an intuitive way for teams to collaborate synchronously and asynchronously, and Viva supports it all.

Two of the more surprising announcements to come out of this section were Microsoft Teams Premium and Microsoft Places. Premium is a new Teams SKU that offers advanced meeting protection and an Intelligent Recap feature that uses AI to assign tasks during meetings and note important moments during meeting recordings.

Places, meanwhile, is a solution that coordinates where work happens, modernizes physical spaces with intelligent technology, and optimizes space and cost based on the changing needs of employees. It launches at an unspecified time next year.

Outside of smaller announcements like Edge Workspaces and a few new Windows 11 features, the other major point of note is that Microsoft is getting more involved with the metaverse. Satya highlighted Microsft’s earlier announcement that they’re working with Meta to bring Teams meeting experiences to the Meta Quest line of VR headsets. This was coupled with the announcement of a private global preview of Microsoft Mesh avatars for Teams meetings, which can be fully customized to represent employees’ looks.

5. Protect Everything, Everyone, Everywhere

To close out the keynote, Satya dove into security. Security is becoming an increasingly prevalent concern throughout all industries; the more connected we become, the faster an attacker can move through the enterprise to their target. This is where Microsoft Security comes in, a solution that’s natively integrated into the Microsoft 365 ecosystem.

Satya took the time to highlight Microsoft’s array of security solutions including Entra, Purview, Priva, Intune, Defender, and Sentinel. He then announced an automatic attack disruption feature for Defender that aims to limit the lateral movement of a hacker and stop ransomware before it gets a chance to encrypt your data. Microsoft Entra Identity Governance was also announced, which enables greater control over digital identities so only the right people are granted access to data.

For the full presentation that goes into greater detail about everything here (including a live interview with the CEO of OpenAI) be sure to watch the full session here.

For more Microsoft Ignite coverage be sure to subscribe to our blog.