HomeOffice 365Unboxing Office 365: How to Leverage the Breadth of Microsoft 365
Office 365

Unboxing Office 365: How to Leverage the Breadth of Microsoft 365

The following is an excerpt from Office 365 For IT Pros written by a group of experienced MVPs led by industry expert Tony Redmond. It is a comprehensive (+1,000 page) must have eBook for any Office 365 admin and the only guide constantly refreshed to remain current with Microsoft’s stream of updates. The eBook is available in EPUB, PDF, and Kindle versions.

This is the sixth post in our Unpacking Office 365 series. Check out the others below!

When Microsoft CEO Satya Nadella told the audience at the October 2014 Gartner conference that “Office 365 is the new Exchange and one will cannibalize the other. The key is to ensure that current Exchange customers can transition on their own terms,” he reflected the reality that many Office 365 customers had selected email as the first workload to move into the cloud.

The reason why he called Office 365 “the new Exchange” is that the movement of email into the cloud mimicked the movement of email from expensive mainframe and minicomputers to PC-based Windows NT servers some twenty years previously. Exchange was the first Windows server application considered “enterprise-ready.” In other words, Exchange could scale to offer the kind of email service needed by the world’s largest corporations, a promise that the server delivered on to lay the foundation for a suite of other Office server applications to build upon.

Exchange Online is a big reason why many companies decide to move workloads to Office 365, but what of the other cloud applications? After all, you pay for these applications alongside Exchange, so it is wasteful if you do not seek to take advantage of them. Any plan to move to Office 365 should consider what advantages a company can derive from the whole of Office 365 rather than applying a narrow email-centric focus. Here are the services that round out Office 365:

Originally released as a departmental sharing and retrieval application in SharePoint Portal Server 2001 (a version that shared the ESE database engine with Exchange), SharePoint has evolved over several later releases to become a full-blown document management platform built on SQL Server. The SharePoint API and features such as InfoPath forms and workflow management have enabled customers to build a wide variety of applications on the platform. This is both a strength and a problem when it comes to cloud transition because it is much harder to move an application’s code to SharePoint Online than it is to move a user mailbox.

Still, as time goes by, the process to plan for and to execute the move of on-premises applications is becoming easier as new tools are available and more knowledge is acquired. The elimination of expensive on-premises SharePoint farms is attractive from the economic perspective but expect this project to involve a lot of effort and cost unless the company’s use of SharePoint is relatively unsophisticated. The first step is to understand how SharePoint is used internally and to create an inventory of applications. This flows into an assessment of who uses the applications and how to transfer the workload, including whether you need to run a hybrid environment.

Microsoft bought Yammer in July 2012 to gain its enterprise social networking technology. Since then, Microsoft has integrated Yammer into Office 365 in several ways such as using Azure Active Directory for identity management, connecting Yammer with on-premises SharePoint, and using the Office 365 Groups service for Yammer Groups. Some commentators have said that Microsoft also acquired a fast-paced web-centric development culture from Yammer that helped them in the transition to the cadence expected from cloud services. That cadence exists today in the ongoing rapid release of features in Office 365.

However, perhaps the most interesting influence that has come from Yammer is the Graph technology, a project that originated as the Enterprise Graph inside Yammer and was in turn derived from the Open Graph work done at Facebook. Applications reference signals held in the Office Graph to highlight popular files, videos, and groups within applications and as the basis for the information surfaced in Delve and MyAnalytics. Yammer, like email servers, is all about sharing information.

If your company uses Exchange for this purpose you might not want to use Yammer to recreate the wheel. On the other hand, Yammer does things differently and it might give an answer to improve internal communications and idea sharing. For this reason, it is a good idea to include an analysis of Yammer along with the other methods for collaboration available in Office 365 in your migration plans. 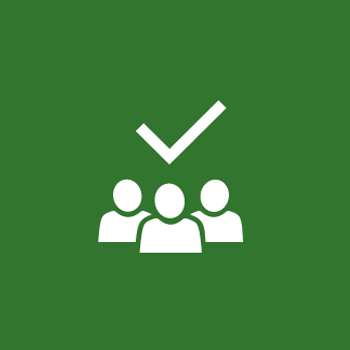 There are two applications available to enterprise Office 365 tenants. Both use Office 365 Groups to give a team identity and to manage team membership. Planner focuses on task-based planning for team activities while Teams offers a chat-based workspace for users to work together. According to Microsoft, over 200,000 organizations use Teams, so it is experiencing a rapid uptake. Chapter 13 describes Teams and Chapter 15 Planner.

The long-term direction for Skype for Business Online is to transition the client functionality to Teams and the server functionality to the Microsoft Phone System. The transition takes time and needs careful planning. See Chapter 16 for more information. From October 2018, new Office 365 tenants with fewer than 500 seats must use Teams and do not have the choice of using Skype for Business Online.

However, if your company makes heavy use of SharePoint Online document libraries to store information used by teams, Delve can do an excellent job of making documents more visible to people who have access to the documents but might not realize that the information exists. Microsoft has introduced components to surface more on-premises data in Delve, notably for SharePoint, but Delve cannot yet access the contents of on-premises Exchange mailboxes. 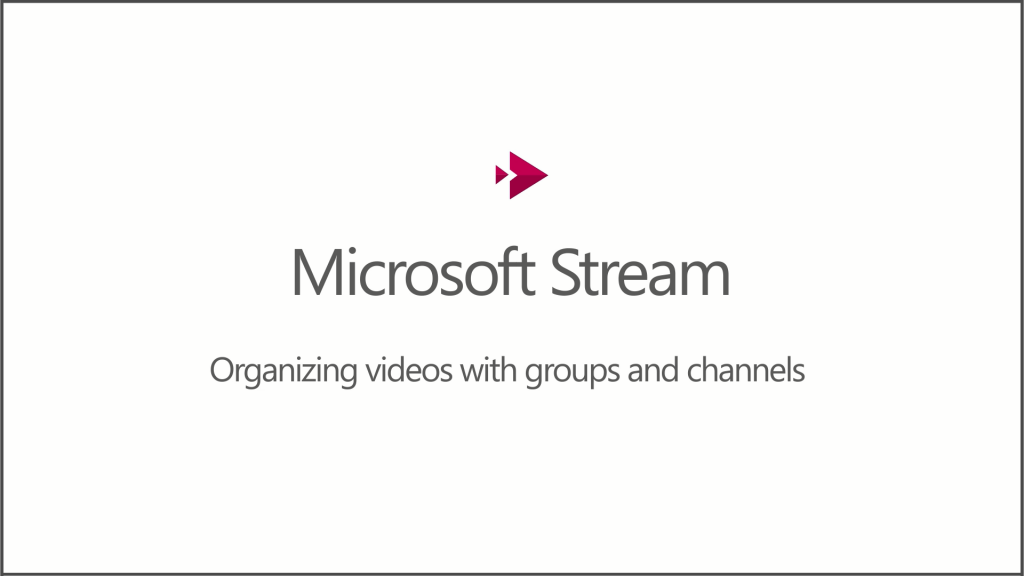 Announced in November 2014, the video service is a portal built on top of SharePoint Online intended to provide companies with a single place to store and manage video content for internal consumption. Quite how many companies need a YouTube equivalent for internal videos is open to question, but it is indicative of the way that Microsoft positions Office 365 as the one-stop shop for all types of content used within companies. Office 365 Video went live in mid-2015.

Microsoft Stream will eventually replace Office 365 Video, with the transition expected towards the end of 2018. All Office 365 commercial tenants now have access to the advanced features of Stream. See Chapter 7 in the companion volume for more information.

Perhaps the most interesting technical aspect of Office 365 is how the barriers that exist between different on-premises applications disappear when Microsoft has total control of deployment and operations. Relatively few on-premises environments successfully integrate SharePoint and Exchange, but the configuration and operational difficulties go away with the cloud versions.

Microsoft takes advantage of this to build new applications that exploit Exchange Online for email and calendaring and SharePoint Online for storage, adding whatever extra software is necessary to complete the picture. Two examples are Office 365 Groups and Microsoft Planner. Both are unique to Office 365 and do not exist in even the most up-to-date versions of the on-premises software. As such, you must migrate workload to the cloud before people can use applications built deliberately to exploit the unique circumstances that exist within Office 365.

If the right licenses are in place, all this functionality is available to Office 365 tenants. Lots of companies plan to move to Office 365 to replace an existing email server and can benefit even more by exploiting the other kinds of technology mentioned above. The best thing is that Microsoft takes care of all the work to deploy and manage the technology, meaning that the normal learning curve needed to master the details of capacity planning, server deployment, and application set-up is not needed.

All effort can focus on the question of how best to use the features available through SharePoint Online, Skype for Business Online, Delve, and Video to solve business problems. Companies that have been using on-premises SharePoint and Skype for Business will find that their experience and knowledge will transition to the cloud, subject to the caveats outlined above.

Like an Exchange migration, the migration of on-premises SharePoint and Skype for Business to their cloud equivalents are projects that benefit greatly from experience. If you don’t have the necessary expertise on staff, you should find some experienced consultants to help you plan the transition.

Want to learn more? Check out Tony’s website where he covers the most important aspects of Office 365 for IT pros.

Want to keep up with Tony’s series? Subscribe to our blog for weekly updates!