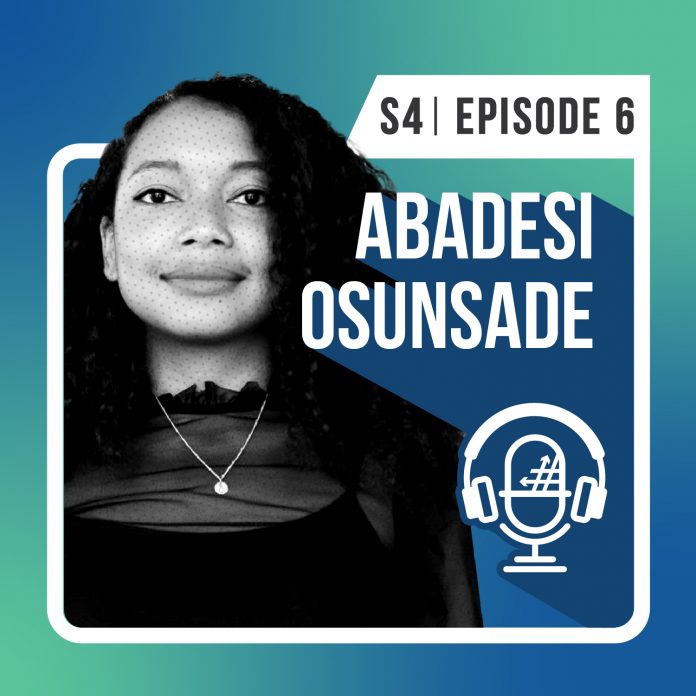 In today’s podcast, we will unpack the current workplace culture in the tech industry and find ways to help forward diversity, inclusion, equality, and allyship.

With our guest, Abadesi Osunsade, Founder and CEO of Hustle Crew, we will look at how the events of Black Lives Matter and other political movements that happened in the US have pushed organizations to make shifts and transformations in the workplace.

Together, let’s dive into what Abadesi has learned from the 200 diversity inclusion workshops her team has delivered.

I grew up in a multicultural home here in DC, so I feel like I’m a perfect reflection of that immigrant life. I’m Nigerian and Filipino. I think what’s really hard about trying to be in a new country and coming from two different cultures is that you don’t have your support network; you don’t have your family and friends all around you to support you. But I’m still grateful for the fact that I grew up in very welcoming and warm cultures. With the sort of expectations I grew up with these cultures, I never really thought about the fact that being a woman would hold me back in my life.

Her experience growing up in DC and the UK coming from a multicultural family:

One of the things that I often struggled with when I was a young kid in elementary school was noticing that the rich and poor divide often fell along racial lines, too. It always seemed to me that the wealthier families I knew were white and the less wealthy families I knew were Black or Asian. That experience made me more mindful about how there a lot of contrast in the US culture. On the one hand, it is this incredible melting pot of multiculturalism. But at the other hand, it is still a very capitalist society, still very much a place where the more money you have, the more opportunities you can seize.

It’s also interesting that when you grow up as an immigrant in, let’s say the US or the UK or any other predominantly white country, people often make you feel like there’s something inferior about your culture or your country. But as I’ve gotten older, I realized it’s actually the other way around. By spending more time in my home country, I have gained different perspectives that shifted my attitudes as an immigrant and made me realize that you get quite brainwashed when you spend a lot of time outside your home. And I wish I realized that when I was younger. I wish those things were taught to me –either through the curriculum of the US or through the pop culture that I consumed.

I think one of the biggest hurdles is really the discomfort that comes with talking about things like racism and privilege and structural oppression. I don’t think people really want to believe that just because of how you are born or what you look like or where you were born or what your parents did, your life could be fundamentally different to someone down the road from you or sitting on the bus with you because of all of these things beyond your control.

A lot of people say –whether you’re thinking of psychology, or even product design –understanding the problem is halfway to solving it. But I think for the longest time, we’ve actually really misunderstood the problem.

Why do you think people are uncomfortable at all?

It’s because it’s not normal or normalized to bring these things into conversations. People aren’t engaging with these topical social issues; they’re not bringing it to the forefront. The only thing we’ve normalized is the denial of its existence. There are a lot of people during Black Lives Matter who were quick to say, “No, all lives matter”, and there a lot of people who are still willing to say, “Oh, I don’t see color”. But people who say that don’t understand that not seeing color comes with the privilege of not being victim of racism.

The reality is, a lot of us are actually living very uncomfortable lives. It’s usually people with privilege who face a lot of discomfort when navigating issues of equality. But the people who aren’t treated as equals? We’ve been feeling uncomfortable since we first got on the school bus and someone told us we were different, or the first time we showed up at an interview and someone made a comment about our parents or our accent. Or the first time we went to work drinks and someone said something that was offensive, but we couldn’t say anything because we were worried about being fired.

Tips and guidance for organizations today who want to do better and jumpstart their initiative forward:

First, know yourself better and find out what privilege and bias is within you. Examine your own life and ask yourself what work you are doing to understand your identity better through the lens of privilege. Also, be mindful of the way you think.

Second, expand your cultural awareness. Surround yourself with people from different backgrounds and cultures and try to see things from their own lens. Find out who they are beyond their professional life and know what drives them.

Third, look for professional help. Go to a researcher, an expert, or a DNI consultant. Don’t just run to people in your company to devise policies. Seek an expert.

I had the pleasure of working with a venture capital fund here in London. This company was very mindful of the fact that as a venture capital firm, they have a two-sided challenge in that on one side, they want their team to be as representative and non-biased. On the other side, they want to make sure they’re not closing off opportunities to underrepresented founders.

Through combinations of workshops, follow-up sessions, statements of accountability, and reviewing of existing processes, they were able to rehaul their whole recruitment strategy and diversify the candidates applying. They also invested heavily in building a community of scouts who were representative of London startup ecosystem, and proactively encouraging women, people of color, and people from other underrepresented backgrounds to apply.

On shifts seen specifically in the tech industry:

One of the really positive changes I’ve seen in tech is an increasing conversation around ethics. I think it’s really interesting that we are looking at the bias within the tools we make, within the data sets we feed into machines, and within the language of the code that we actually create. Let’s hope that by looking into it, we also do the work of revising it, changing it and avoiding this in the future. I’d say, building on that, it’s also really promising that more tech companies are understanding the need to have ethicists.

Things that I think are not so promising or not so great: I can’t confidently say that tech is leading the way. I can’t say that any industry is leading the way, to be honest. Companies have made great decisions, but most have been focused on gender representation. I don’t still really see anyone doing anything to advance disability or race representation. So I think when I’ll start to feel that tech is really moving in the right direction is when I start to see boards starting to have more disabled people on them, more black people on them, more queer people on them, because we all know that change comes from the top down.

“I think the key is to commit to doing one thing differently. Over time, as you start to get the data and results that validate those changes, you can continue to make more changes with confidence. “

To know more about Abadesi and Hustle Crew, check out www.hustlecrew.co.

Catch her on Techish, a podcast about the intersection of tech pop culture and social issues.

How to Manage Permissions During a Microsoft 365 Migration (Case Study)