Learn how to tailor Teams to your organization’s needs with our upcoming webinar, “Tailoring Microsoft Teams & Delegating Administration in Office 365.” Register today!

This is the fourth in a seven-part blog series about migrating to Microsoft Teams. Find the others below:

Hey how ya doin’/
Sorry ya can’t get through/
But leave your name and your number/
And I’ll get back to you.

Picture yourself in 1991. We all had answering machines, and we all left messages for each other.

Flash forward 28 years and we still do the same thing, except instead of the physically connected answering machines of the past, we now have digital voicemail services that show blinking lights on our handsets. This is a fairly minor change since we still work and communicate the same way.

Microsoft Teams is often seen as an upgrade to Skype for Business, but it’s actually a replacement. While a lot of the functionality is carried over, there’s still a considerable amount of functionality and ways of working that are entirely new.

In this installment, we’re going to take a look at something that appears to be new in Microsoft Teams but is actually quite old: calling.

The ability to make phone calls in Microsoft Teams has been around for a majority of its just-over-two-year existence. Before that, calling had been possible in Skype for Business Online and Server versions 2019 and 2015. And before that, calling was available in the predecessor, Lync Server versions 2013 and 2010, ever since its release way back as a feature in Office Communications Server 2007.

This topic is important because, while people often find the ability to call each other in Microsoft Teams useful, it’s largely PC to PC and they still have a physical phone sitting next to them on their desk. As a result, users of Microsoft Teams (and Skype for Business before it) would call other people from their organization on the same tool, but then resort to using their physical handset to call anyone outside.

This posed a challenge for hot desking (a.k.a. “activity-based working,” working in a “future workplace,” etc.) because people still had to go into a physical location to retrieve their voicemails and make calls. For some reason telephony has been one of the slowest areas to digitise and adapt even though, behind the scenes, it’s nothing like it was when most of us were kids.

For instance, did you know that the sounds we hear on the phone such as ringing and busy signals are actually audio files played for our comfort? Copper cables used for a single phone have been replaced with optic fibre capable of carrying thousands of “lines.” In fact, phone lines don’t really exist anymore; they’re all virtual.

So, does this relic of the last century still need to physically exist? The telephone changed the world, but why are we still wedded to its physical form? If Microsoft Teams has the capability to make and receive phone calls to other users of Microsoft Teams and those still using Skype for Business, why don’t organisations also use it to make & receive traditional telephone calls as well?

From the user perspective, this becomes one less device to learn/use and centralises their communications into a single application: Microsoft Teams. 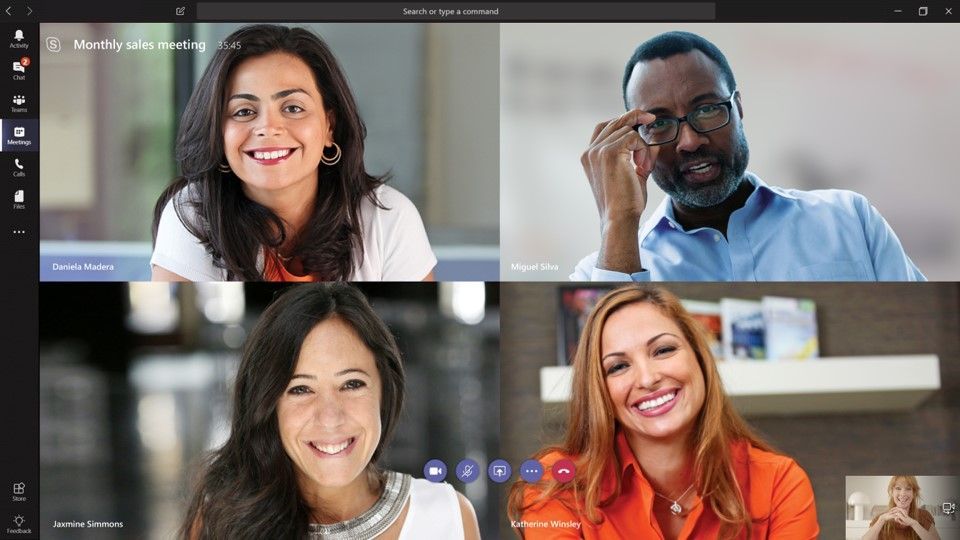 There may be valid reasons why organisations don’t simply do this overnight (e.g. large and complex telephony environments or wanting to maximise their capital investment, a.k.a. “sweating the asset”). In these scenarios, a gradual migration to using Microsoft Teams for telephony is possible through the use of Direct Routing for calling. This allows organisations to migrate at a pace that’s comfortable for them while ensuring that asset investment is maximised, change is minimised, and operations continue relatively unscathed.

Think about your cell phone. How often do you actually dial a phone number on it? How many phone numbers do you actually remember? If these actions are now largely unnecessary, why should we force our staff to manually punch phone numbers in just to communicate with people? What we ultimately want is a simplified communications platform for the end user; effectively, one account to rule them all.

Microsoft Teams, like its past 12 years of predecessors, can make phone calls. It can run physical handsets or simply act like a softphone. For the most part, it can do virtually anything that a traditional phone system can do. So why are organisations keeping their communications in a separate platform?

When looking to migrate to Microsoft Teams, don’t forget about the phone system. Don’t treat it as a separate project or technology; instead, make it a core part of the migration. Your users will thank you.

Keep up with the latest posts in this series by subscribing to our blog!