Planning on adopting Microsoft Teams this year? Learn expert tips from our webinar “From Take-Off to Landing: 6 Steps to a Successful Microsoft Teams Pilot.” Register here!

Microsoft Teams is a fast-evolving application built on top of many Microsoft services. In fact, changes happen so quickly that it can be easy to miss some of the smaller details and features available.

In light of this, Microsoft MVP Tony Redmond spent his Ignite 2019 session “Things you never knew about Microsoft Teams that might be important someday” highlighting lesser-known features and tips in Microsoft Teams. For those short on time, we’ve compiled six of the most interesting takeaways from his presentation below!

Group chats in Microsoft Teams are powerful spaces. Because of their more focused nature and limited scope (there’s a 100 person limit), they’re great places to discuss ideas before bringing them to a large general channel for wider scrutiny.

You’ll likely get a slew of opinions if you throw an idea into a general channel, but how many of them will be useful and actually applicable to your thought process? Starting out in group chats allows like-minded individuals to come together, figure things out, debate the issues, and come to a conclusion before welcoming an outside perspective.

The Do Not Disturb status is perfect for when you need to get things done without interruption. That said, there are likely a few core people who might need to reach you no matter what. The priority access list allows anyone on it to ignore Do Not Disturb and contact you regardless. It’s able to be managed under Privacy in client settings.

On the other hand, anyone can send an urgent message. They only work in chats, and they’re ideal for when you need something done quickly. They’ll keep alerting every two minutes until the recipient responds. Urgent messages are even delivered during Quiet Hours in the mobile app!

Don’t Get Caught By the Lack of a Spell Check

Microsoft Teams doesn’t feature an automatic spell check like you might be used to in Word. This is because the Microsoft Teams word editor doesn’t use the Office dictionary or any user custom dictionaries. You can’t “teach” Microsoft Teams new words either. If you’re working on an important post that you want to ensure is perfect, it’s best to first type it in Word and then paste it in Teams.

Prefixes are a great way to keep objects together in a list. That said, since users see Teams in the left rail, adding a prefix won’t allow them to see the full Team name. Using a suffix allows for better visibility. If you already have tons of Teams with prefixes, Tony recommended leveraging Powershell to scan your Teams and move the prefix to the suffix position.

Where Do Deleted Teams Go?

When Teams first get deleted, they go into a soft-deleted state for 30 days. During this period you can recover the soft-deleted Office 365 Group and restore all the connected resources (including Teams). More on Teams restoration here.

After the 30 days are up, the Office 365 Group is permanently removed and becomes irrecoverable. If you want to accelerate this process, you can simply hard delete the Group object out of Azure AD.

Obscuring Your Background During Video Calls

Aside from the blur functionality (which can be activated by pressing CTRL+Shift+P), it was announced that users will be able to set custom backgrounds for video calls. This means that you’ll be able to take any photo you have and upload it to Microsoft Teams for video meetings.

However, setting clear-cut guidelines from the start as to what kind of backgrounds are acceptable is a must. This fun feature could turn ugly (or just plain distracting) otherwise. 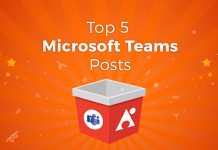 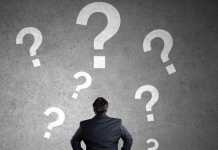 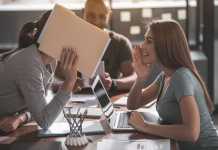 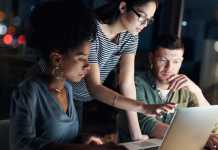 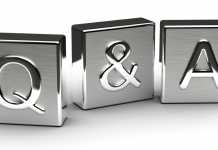 How to Create, Test, and Tune a Compliance Guardian Scan Policy