How to Streamline Microsoft Teams Management by 75% (Case Study) 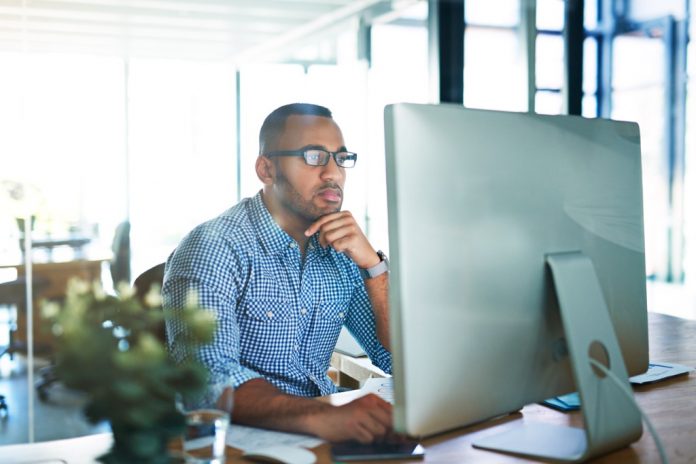 The organization uses Microsoft 365 as their collaboration platform but leverages other solutions for its records and long-term storage. MTIA has 12.5 TB of SharePoint/Microsoft Teams data consisting of more than 1.8 million files. It has 2,500 users and regularly collaborates with 6,500 external users.

While there are challenges in establishing a new public sector agency, the MTIA IT Team also saw the opportunities associated with starting from a blank slate.

“We wanted to implement new technologies and new ways of thinking,” said Richard Maschwitz, Project Systems and Assurance Manager, MTIA. “Pace was important. We didn’t want to look at other agencies and businesses as usual—we were tasked by the government to deliver these projects right away. The first thing we wanted to do in the IT space was improve our user experience and not stand in the way of adoption or deploying applications.”

However, the nature of the organization requires a high standard of governance. Not only is the agency subject to public sector records management regulations, but it also regularly handles different sensitive information types across five relatively decentralized project offices and a large base of external users at different contractors.

“Each of the 5 separate project offices each have their IT teams that vary in size and experience in Microsoft 365,” said Maja Bator, Solutions Architecture Manager, MTIA. “If you leave each of the IT teams to do what they want, you will be judged by your weakest link. We knew we had to centralize our collaboration and govern it together.”

SharePoint’s complexity meant additional time was spent on routine governance processes and the MTIA team kept their eye on the evolution of Microsoft Teams.

“In SharePoint, we have templates depending on the purpose, but once you reach 50 to 100 sites, then all you’re doing as IT is training site owners. We also found it difficult to enforce the standard templates and ensure owner compliance. Provisioning sites became a nightmare, as we need to get the initial form, set up a meeting, train the owner and then maintain the site,” said Bator. “When Teams came into play with only two types of permissions, we saw this as an opportunity to break the dependence on IT.”

After initially looking at other tools and building a solution in-house, MTIA decided to investigate AvePoint’s Cloud Governance solution to automate the Teams governance process.

“We evaluated several solutions and none of them met all of our needs. We also considered developing our own solution but realized we didn’t have the time and it could cause ownership problems,” said Bator. “Cloud Governance was the highest available match to our requirements, and it was very important to us that AvePoint have a local presence and solution that was deployable in Australia.”

MTIA accelerated their deployment of Cloud Governance due to COVID-19, but they were able to benefit from their extensive work in building a governance structure. This included creating a standard governance baseline across the 5 project offices.

“Having done projects for a while, I know people always say their project is unique, but oftentimes they are really the same,” said Maschwitz. “We worked across our stakeholders to determine a common baseline, while offering them some operational flexibility. They can’t lower the governance requirements from the baseline, but they can add a layer of approvals for example.”

One key innovation was simplifying the numerous external interfaces and processes across projects into a customized questionnaire that mapped to four key governance policies.

“We saw the Teams approval process as an opportunity to get rid of waste and excess bureaucracy. Some projects were more conservative than others and it could take three or four approval cycles for a workspace to be created,” said Maschwitz. “We simplified the questionnaire in Cloud Governance’s Team app, MyHub, and based on how they answer the Team is automatically mapped to those four policies. For example, depending on the user’s input the Team will be archived after it is inactive for 120, 90 or 45 days (and the Team owner has not responded within two weeks to a recertification request).”

MTIA not only uses MyHub to guide users through the provisioning process, but they also use it for their governance administration as well as its ability to help users organize their workspaces.

“I’m extremely happy with MyHub. Previously, everything had to go through IT because if you’re not part of the Team you don’t see it, private teams would be hidden, etcetera,” said Bator. With MyHub, users can easily see if what they want to create already exists and the details of the Team. It helps with deduplication and gives us insight into the whole environment without ever leaving Teams.”

Cloud Governance enabled MTIA to roll out Microsoft Teams during the pandemic without having to sacrifice any of its governance standards. This was a vital component to business continuity and collaboration as users began working remotely.

The solution also helped MTIA achieve high rates of adoption by guiding and enabling users to self-provision and take ownership of their workspaces. The time savings has also been tremendous.

“Working with AvePoint was very pleasant from both a commercial and technical perspective,” said Maschwitz. “I enjoyed that AvePoint provided robust feedback to our framework—there is nothing worse than a vendor that says yes all the time—sometimes you need to be challenged.”

The organization users Microsoft 365 as their collaboration platform but leverages other solutions for its records and long-term storage. MTIA has 12.5 TB of SharePoint/Microsoft Teams data consisting of more than 1.8 million files. It has 2,500 users and regularly collaborates with 6,500 external users.

How to Create the Perfect Microsoft Teams Setup for Education