Microsoft Teams Adoption: Your Guide for a Successful Rollout

Microsoft Teams Adoption: A How To Guide for a Successful Rollout

Why and How to Adopt Microsoft Teams, the New Chat-based Tool in Office 365

Most Office 365 customers – the ones that don’t obsess over the differences between Slack and HipChat like I do, or wring their hands over every feature added or removed from Yammer (you know, normal people) – likely saw the announcement of Microsoft Teams and thought, “Why on Earth do we need another collaboration tool from Microsoft?”

The chart below makes it obvious why it’s natural to ask a question we’re not used to asking Microsoft. The rate at which major Office apps are being released is 12 times higher than it was eight years ago.

It’s almost impossible to keep up with the pace of Office 365’s feature rollout. The Office 365 Roadmap site is currently showing 636 features “released” or “launched,” with another 216 “rolling out” or “in development” – and that’s only since the roadmap site launch less than three years ago. Never mind a new major app, you can barely manage to get word out about that commenting feature being removed or moved before something else changes! 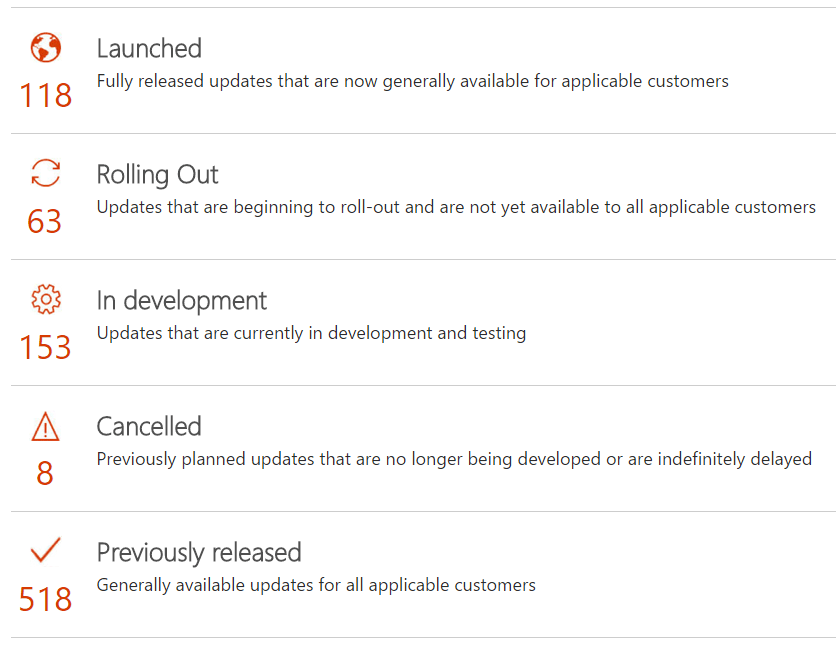 I wouldn’t blame you for wondering what another collaboration tool could possibly bring to the mix. The more than 2 million daily Slack users might be able to explain it. With all of that innovation rolling out, Microsoft’s suite was still missing a tool targeted directly at the typically smaller, fast-moving, real-time chat-focused team. Skype use has been widespread, of course, and has had persistent chat rooms since 2010, but only now has Microsoft put together something as inviting, immersive, and integrated as Microsoft Teams.

What you “get” in the Microsoft Teams experience has been described exhaustively by others already. What I’d like to describe for you is what you experience as you use it every day, as I have for the last four months, and what makes that qualitatively different than the other collaboration experiences available from Office 365, or just about anywhere for that matter.

The open-plan office feel without the open-plan office: Email feels like email, no matter how it’s dressed up. Office’s new Outlook Groups experience is decidedly a next-level distribution list, and that’s great if email is how you roll. Yammer still isn’t done integrating, but for now it still feels like a forum, which works particularly well for large distributed teams or communities. Working in Microsoft Teams feels, well… like a room where we can all see and chat with each other. We can instantly “escalate” to audio/video/screensharing as needed, with anyone in the room able to join ad hoc.

To be clear, if you’re one of those teams that is rebelling against the open-plan office, that doesn’t mean Microsoft Teams isn’t for you. I’m just describing the “feel” of working there. In fact, it might be the way to get the best of both worlds: free flowing, open conversations without the awkward social interruptions and wearing of noise-cancelling headphones.

Injecting culture into a workspace: Being able to toss around emojis, GIFs, and custom memes into chats on the fly is not just a bone thrown to millennials. As I first learned on Yammer (which has supported inline GIFs since at least 2012), these seemingly gratuitous features do let you quickly form a team culture that pulls you through a long bug bash, or to celebrate or vent in socially acceptable ways. Providing different ways of expressing yourself has become expected, not frivolous.

Immersed in resources: I’ve come to believe that the pulsing heart of any collaboration experience is the conversations, not the files or charts that the people create. Those are important outcomes, but the conversations are the engine that drives the rest of it forward. The chat channels are therefore at the core of Microsoft Teams where they should be, but literally surrounding them are resources designed just for the people and topic I’m talking about. We can pick that Excel sheet out of our team files and snap it in place just a click away from where we constantly talk about it. Nobody has to hunt for it or ask for the link. It’s right there. The same can be said of our Kanban board (Planner), Power BI report, and even a Yammer group.

Wait. What business does a Yammer group have in the middle of another conversation-focused tool? Microsoft Teams not only has a technical limit of 600 members (a limit Microsoft is planning to increase), but it also has a practical limit. A flowing chat room by its very nature moves faster than a forum or email thread. For a team of 10-50 people, that is manageable. An active Team of 600 people? I can’t quite imagine keeping up with that. We’re snapping Yammer groups as tabs into our Team as a way to raise a question brought up in the team chat to the broader organization. I can stay in my context, just click a tab to push the question/comment out to a broader audience, and click back to the team chat while I wait for my response.

Being spoiled. That’s perhaps an odd way to describe it, but that’s the feeling you get when notifications come in from connectors you’ve configured to pipe notifications from your favorite services right into your chat channel. In one, we receive announcements from our favorite Yammer group. In another channel, we get notifications of completed Wunderlist tasks. The information I need to be a rockstar on that team is flowing to me or surrounding me in tabs all day.

In short, we need Microsoft Teams for two reasons:

Before You Roll Out Microsoft Teams

There are a few questions that are best to answer before you roll out Microsoft Teams. There’s the obvious question of whether your license includes it. As of this post, it will be available with Office 365 Business Essentials, Business Premium, E1, E3, and E5 licenses. Also, be sure to check the technical requirements (mostly the dependent services, like Exchange and SharePoint). There’s a great video course on deploying and managing Teams on Microsoft Virtual Academy, covering topics like network planning and bandwidth considerations.

Governing Microsoft Teams creation for the moment is really a question of governing Office 365 Groups. You can determine who can create Groups, and thereby who can create Teams, and you can license specific individuals to have access to the Teams they create. However, you can’t yet control how they’re named or expose any data classification. It would be ideal to have a limited list of creators agree on naming conventions and create the first set of Teams prior to your launch, providing future Team creators with an incentive to align so they can reap the benefits of future reporting and governance capabilities.

Having brought up GIFs and memes earlier, I should address a concern that eventually bubbles up any time new ways to be naughty are introduced to the workforce. Should you put measures in place to block or restrict the use of these “frivolous” and potentially misused features? In a word: nope. Individual Teams can opt out of these, so any Team set up to host HR or legal discussions might want to think twice. But in general, the fear, uncertainty, and doubt surrounding this sort of thing is based on imagined scenarios rather than real experience. For example, in the four years that I ran the internal Yammer network for Microsoft, I had only two incidents of inappropriate posts raised to my level. When your name and face are attached to something that visible, 99% of rational people act rationally.

Microsoft has announced that as of General Availability, there is support for archiving, eDiscovery, and legal hold scenarios. For now, there is little to support classification, data loss prevention (DLP), or incident management with Teams. However, given that the foundation of the Microsoft Teams experience is actually Skype, Exchange, SharePoint, and Office 365 Groups with Azure Active Directory, one has to assume that all of this will be coming soon.

Messaging Your Teams Rollout: Use Cases

While the technical and governance questions are necessary to get moving, you will also need to sell your users on Teams with concrete examples of how you can make someone’s job easier with this new technology. Start with some of the following use cases:

While Teams can now be made “public” (within your organization), Teams are closed by default and are limited to 1000 members. Also, when a Team is public, you can search and find it by name, but you can’t browse the contents or post without joining the Team. This means Microsoft Teams is not a good candidate for use cases such as end users requesting support, broad Q&A forums, or communities of interest. Yammer groups are better suited for these cases, as anyone needs to be able to discover and join in the conversations, especially users that you wouldn’t even know to invite.

Match up ideal use cases to teams that have also expressed a desire to work faster and in new ways. Capture success stories like the ones above and share them with the broader organization to drive more effective and lasting adoption. Making the journey of user adoption is as much art as it is science, so be flexible. You can also make use of partners like Carpool, experts that are ready to research your team’s needs, design your unique collaboration ecosystem, and demonstrate the impact of your new way of working.

If you’re looking for more information about Microsoft Teams, my friends at AvePoint have developed a bunch of great articles and videos to help with the following topics: