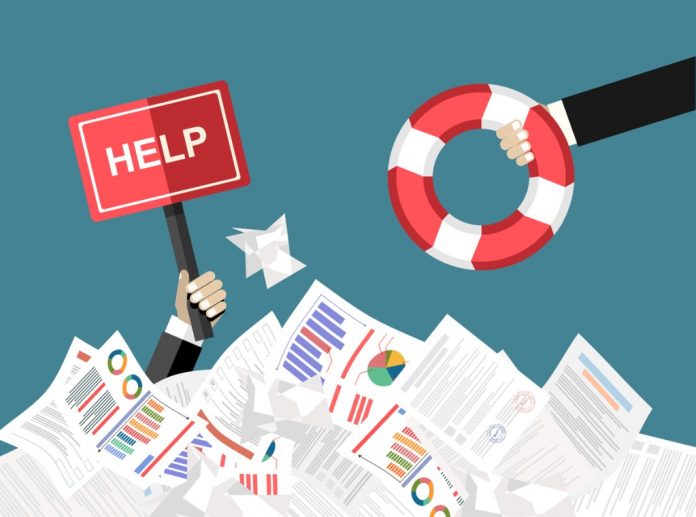 This post is based on our recent virtual lab, “Cleaning Office 365/ Microsoft Teams Sprawl with Cloud Governance.” Watch the full session here!

There’s no denying that Microsoft Teams is an exceptionally useful tool. It offers tons of functionality in a single interface: chat, dedicated Teams, channels, tabs across the top for files and other applications, and so on. However, all of that functionality often results in users creating Teams and channels for single uses and never touching them again.

As business users, they’re just leveraging the tool. But on the IT side, that’s a lot of users creating a lot of Teams, which can subsequently result in increased storage costs and decreased usability/discoverability. So, what’s the best way to combat that? 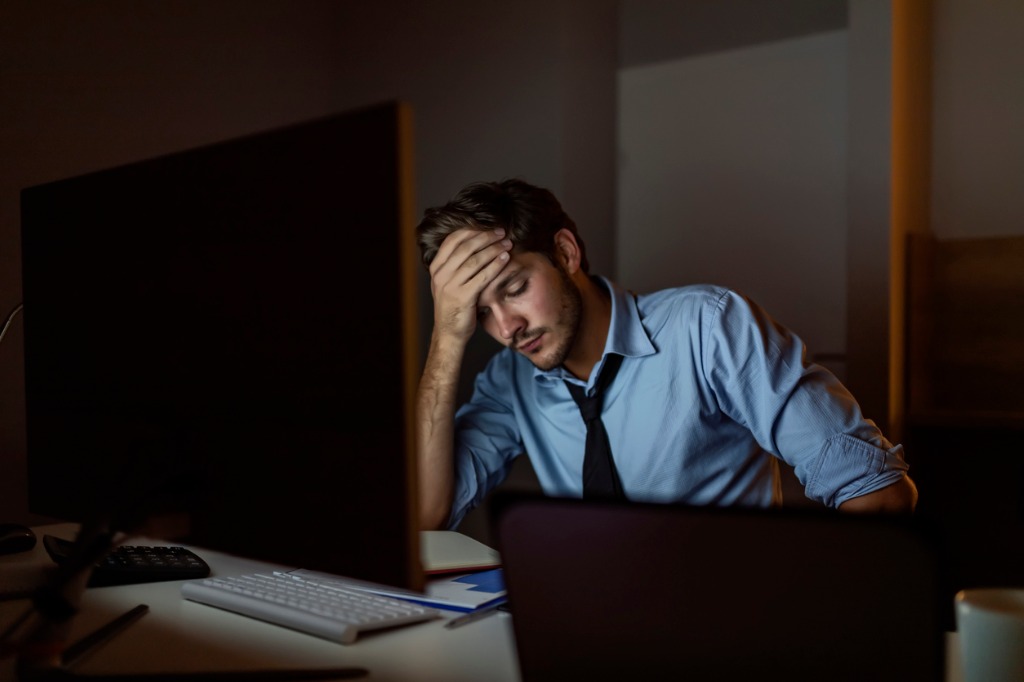 What About the Microsoft Teams Admin Center?

If you’re an IT admin working with Microsoft 365, you’re probably fairly familiar with the Microsoft Teams Admin Center by now. Aside from being able to get an overview of all the Teams in your tenant and glean some basic information about them, the admin center can be used to set up policies and even org-wide settings to govern what employees can do in Teams. However, there are often exceptions to org-wide settings (needing to add external users to a Team, for instance) that can cause issues.

Restricting who can create Teams is another route admins typically take when trying to keep sprawl under control. However, this will only result in more work for admins; users will ping them all day long asking for new Teams and channels to be manually added for various projects. This restriction also limits the core functionality of Microsoft Teams, ensuring that your organization doesn’t get to use it to its full potential. What you need is a way to identify and apply your governance requirements without limiting functionality for end users. 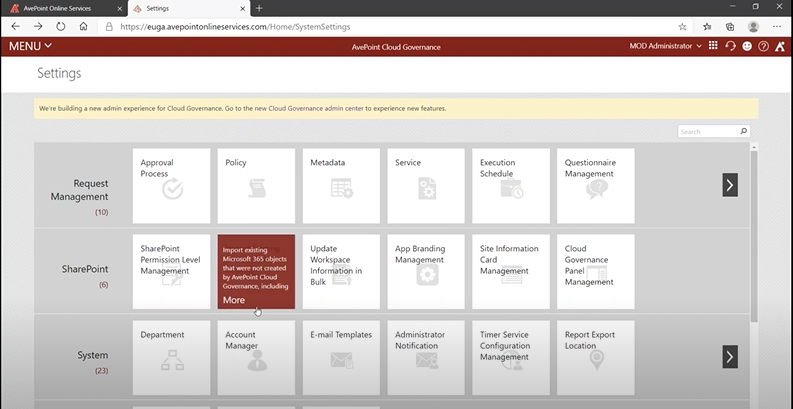 Considering policies for how new Teams will be created is important, but most of you already have existing Teams that weren’t created with your ideal regulations. This is why the ability to import existing Teams that you have no oversight over is so useful.

AvePoint’s Cloud Governance solution not only allows you to set rules for how new Teams can be created, but it also lets admins set those same policies for existing Teams by importing them. External sharing settings, inactivity thresholds, and more can be layered on top of existing Teams that were created before you adopted Cloud Governance. This way all of the Teams in your tenant can be governed the same way without compromise.

After you finish the importing process and have control over which Teams are being created, the hope is that you can then get your business users to request new Teams that already have those policies and settings in place.

The MyHub app in Microsoft Teams streamlines this process by integrating directly with Cloud Governance to display all of the Groups, Teams, and Yammer Communities that a user is a part of. Furthermore, users can start a service request directly in the app, including provisioning requests for new Teams. This simple interface makes it easy to track what’s already been created and helps nudge users towards following your policies and keeping everything nice and tidy.

Ideally, it’s best to plan for rolling out Teams ahead of time as much as possible. However, sprawl will likely still happen unless you can lock down who can create Teams and the boundaries in which they can be created. If you don’t, tons of Teams will get created very quickly and you won’t know what the individual settings are outside of org-wide policies.

If you want to gain control over that and set necessary thresholds, your best bet is to import everything and apply policies in-line with what your organization needs.

For a step-by-step demonstration on how to import Teams and apply policies via Cloud Governance, watch the full virtual lab here.

For more on Microsoft Teams management subscribe to our blog.