More Than a Career, It’s an Adventure!

With over 30 AvePoint offices on 5 continents, we certainly embrace a global mindset. Many of our employees love exploring the world, and plenty have even been supported by the company to do so! I had the opportunity to sit down with a few colleagues that have spent extended periods of time in our global offices. Read more about their experiences below. 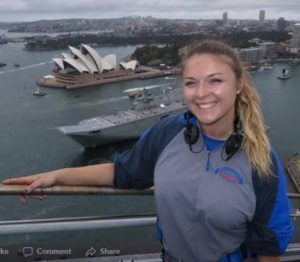 Jessica Gigi joined the HR/People team in 2014 in our Jersey City, New Jersey office. After building a great reputation as one of the HR go-tos in North America, she visited our Melbourne office on a few occasions to host training sessions on leadership development and our strengths-based development program. She quickly fell in love with the Aussie culture. Once AvePoint had the need for a strong HR rep to support our Australian offices, Jessica jumped on the opportunity to relocate. Once in Melbourne, she developed a lot of independence serving as the sole HR rep in the country and continues to develop her skills by interacting with diverse teams in the office. She’s enjoyed exploring new parts of the country with her colleagues, and she has even bungee jumped and skydived while there! 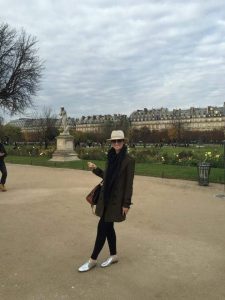 Mary Leigh Mackie came on-board in 2008 in our Jersey City, New Jersey office, shortly after completing an engineering degree. She worked very hard, which earned her quick recognition and an opportunity to take on a product marketing role. In this role, she regularly traveled to North American and European cities for regional events and speaking engagements and caught the urge to move abroad. She landed in London, and what initially started as a 5-month stint turned into living in the city for close to 5 years now! This experience has taught her how to tailor her conversations to various markets and audiences, ensuring she’s communicating clearly and effectively. Our London office is a very international one, as we have colleagues from all over the world, so she’s gotten great exposure to many different cultures while there. She feels that AvePoint is a place where you can choose your own adventure, as long as you have a willingness to learn and grow. 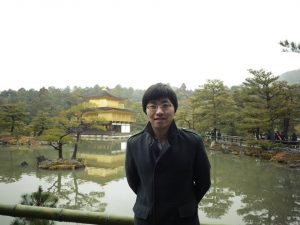 Coby Liang joined AvePoint in 2007 in our Changchun, China office as an intern on the development team. Growing up, Coby dreamed of traveling overseas, and while in college, he even became fluent in Japanese. Upon graduation, he transitioned from an intern into a full-time developer role and moved to our Dalian, China office. After getting promoted several times, he moved to Tokyo, Japan. He has finally landed in Munich, Germany, where he’s called home for the last 6 years, and he supports our Business Group and product development. He fits right into the German culture and enjoys how organized and easy it is to get around. Coby feels fortunate to have joined AvePoint early on in his career, working his way up from the ground level, as it has given him a variety of perspectives as his responsibilities continue to grow!

At AvePoint, opportunities to travel continue to present themselves for dedicated and hardworking employees. Check out our careers page and apply today!

Part II: More Than a Career, It’s an Adventure!

Passion at AvePoint: Learn what Drives our Teams